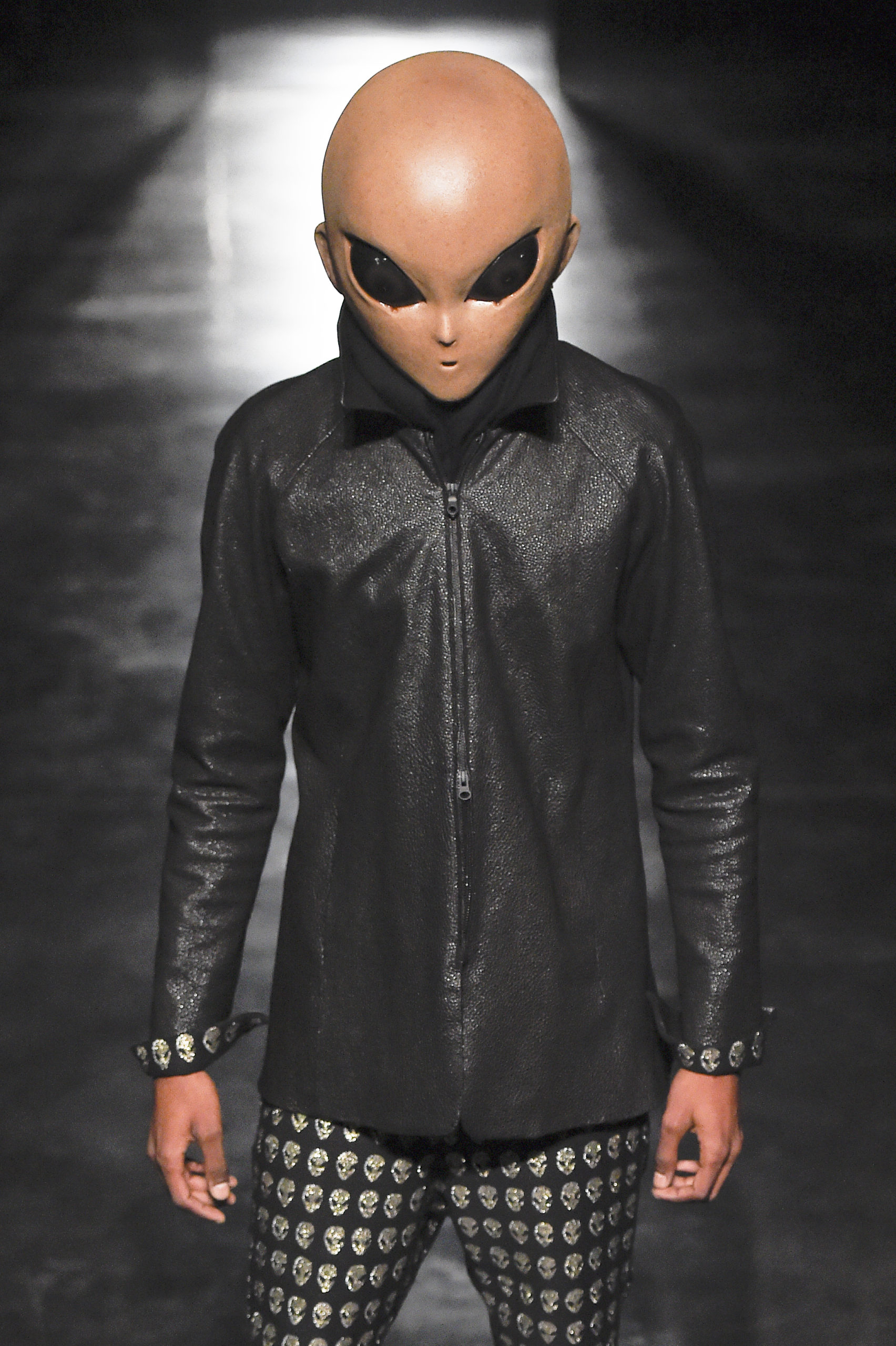 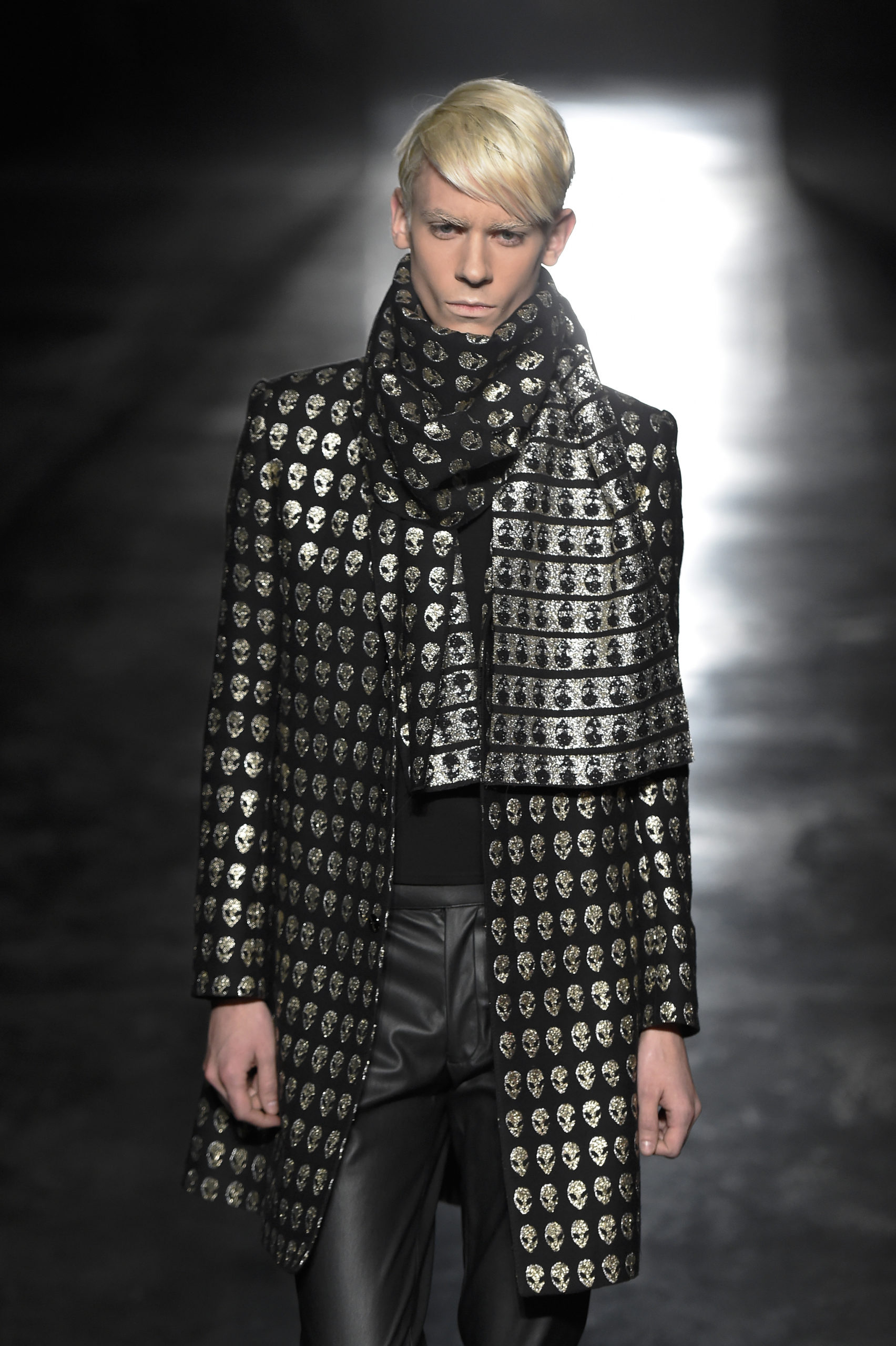 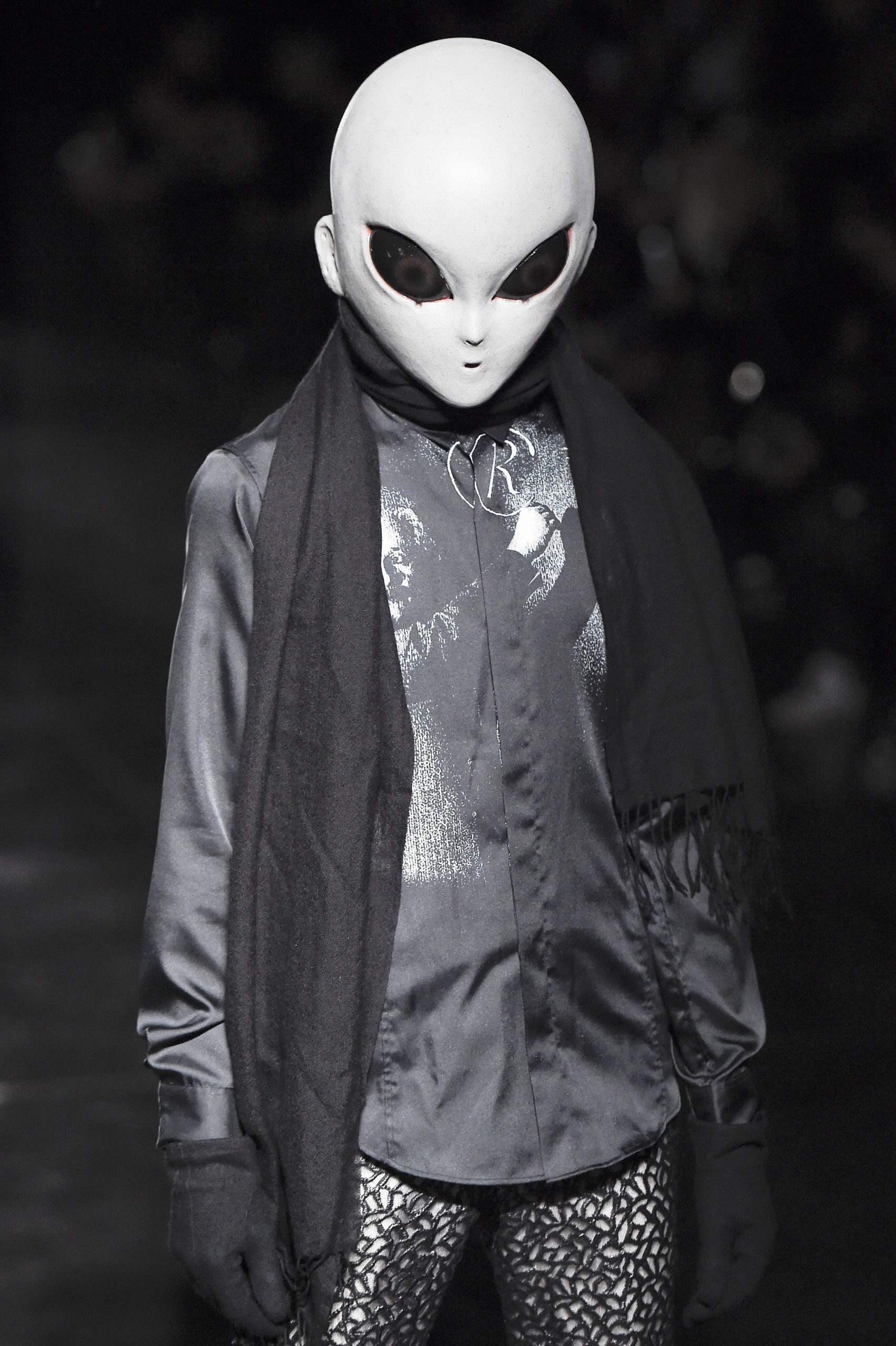 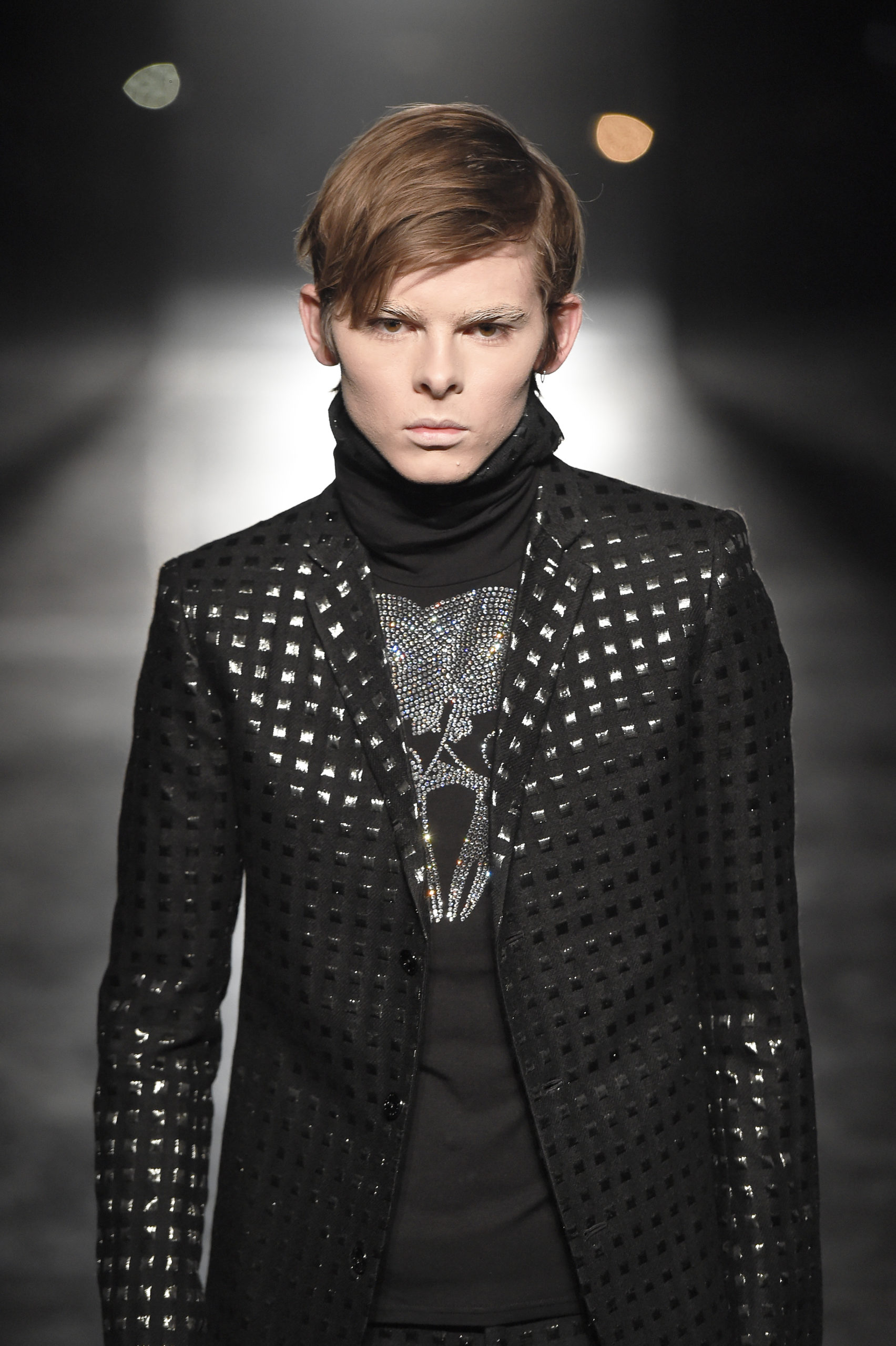 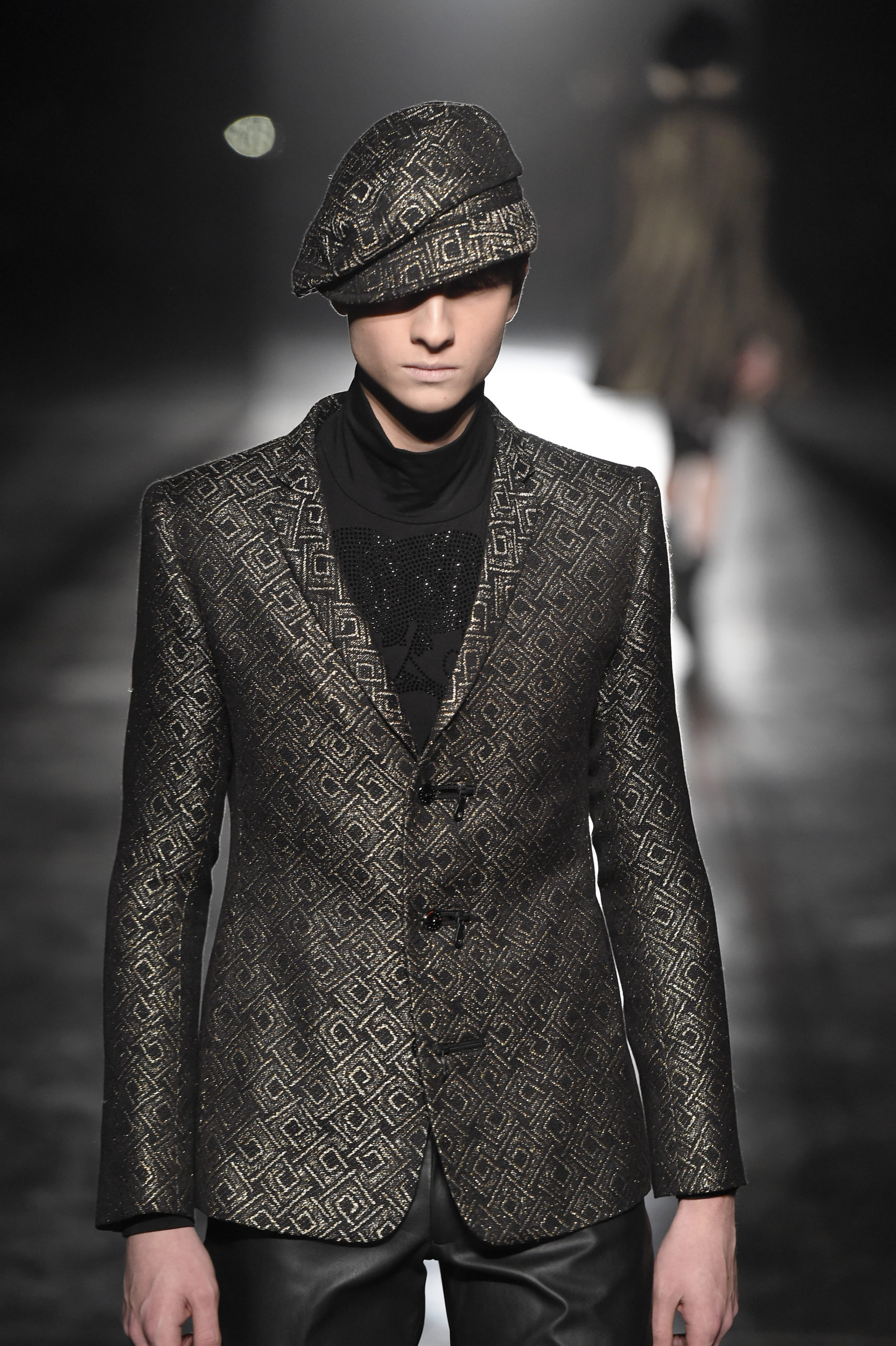 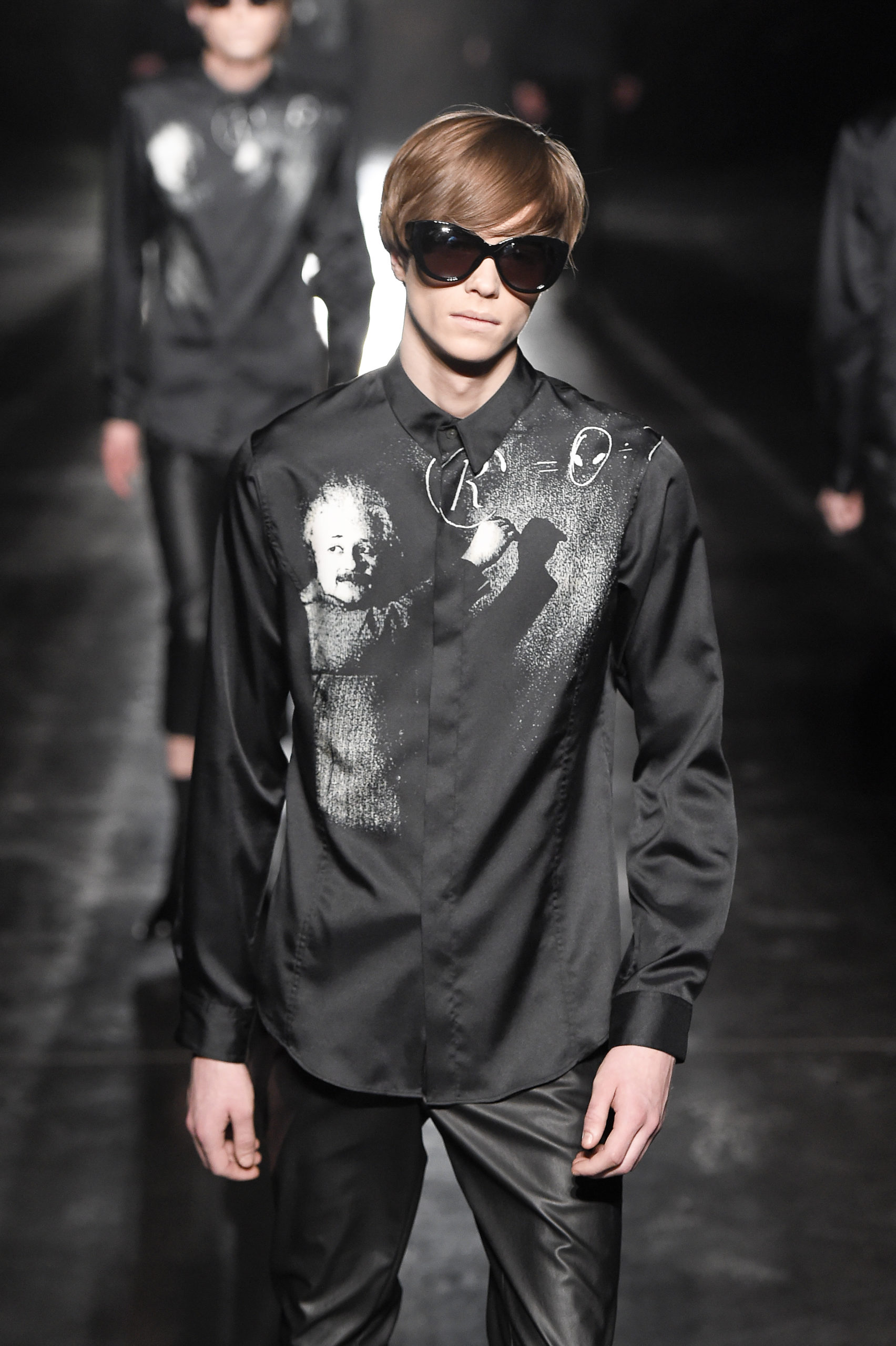 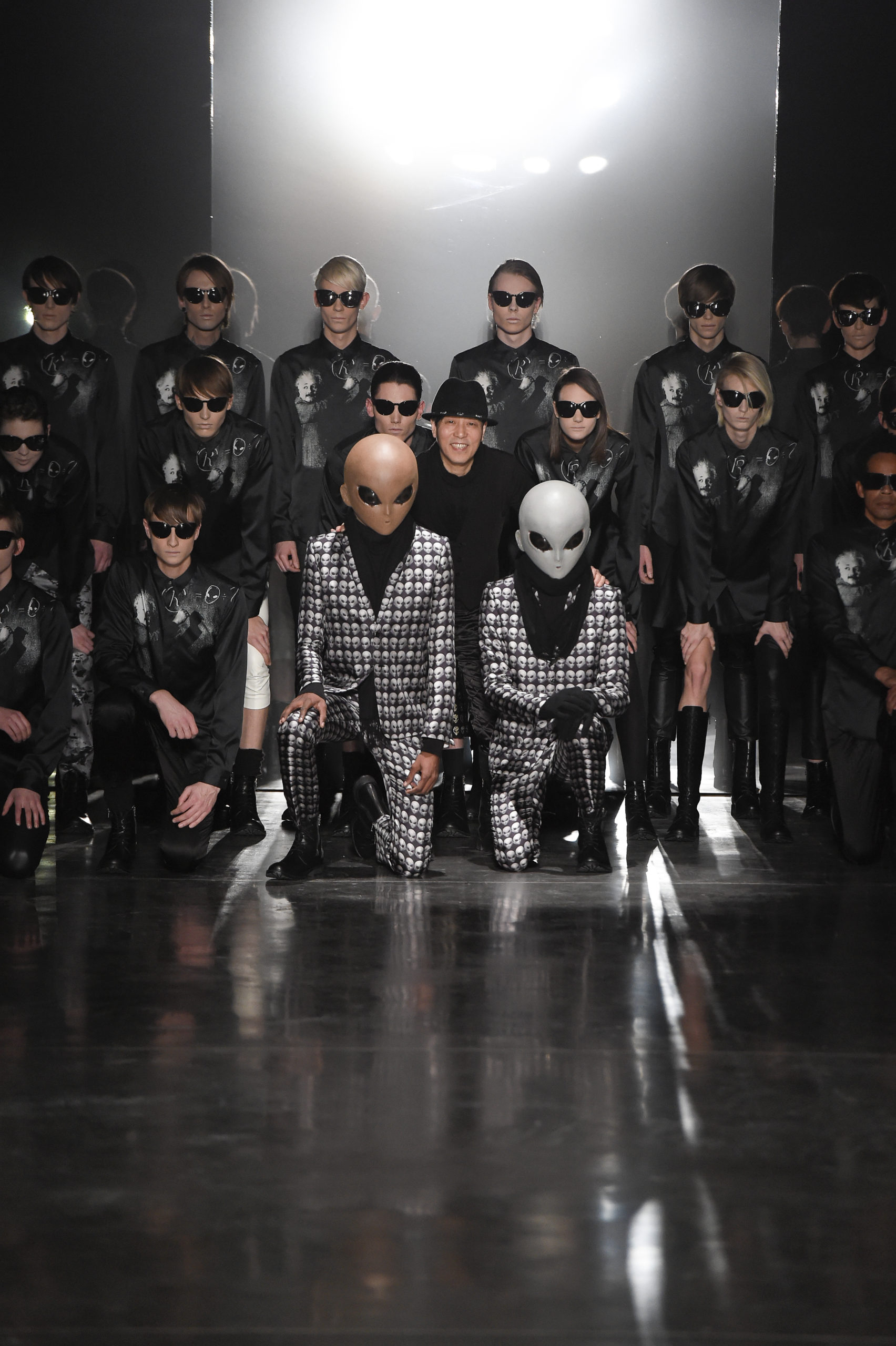 In 2015, RYNSHU is celebrating his 30 years of creation. He choose “Little Grey” alien as the emblem of his Fall/Winter 2015-2016 collection.
For this particular season, he melted his favorite themes to exclusive ones.
RYNSHU presents simple and useful pieces mixed with original and eccentric pieces, his trademark.
While he was designing his collection, the Roswell incident’s alien has been imposed on his mind. He is imagining Little Grey living secretly among the humans, wearing a mask to not be recognized by earthling community. Halloween celebration would be an opportunity for him to show his true nature. On this Fall/Winter collection RYNSHU decided to create masks which could be made for Hollywood movies.
Colors and fabrics, inspired by “Little Grey”, express the image of space, black hole, and their endless energy. This last element is a nod to Einstein and his famous equation E = mc2.
RYNSHU made beautiful tube line outfits, and the slim silhouette pants characterize the brand’s gender style.
Colors are a range of black, grey, white, and gold. The representative textiles are jacquard, made with four or five materials, lace, ink jet printed silk, and cashmere.
Two kind of the highest-class leather, which are traditional handcrafts of Himeji Japan, were used in this collection. The first one, called “shironameshi”, is like a human skin and was used as a bandage while Sengoku era in Japan. “Shironameshi” leather is 0.1-0.4mm thin. The other one is called “kurozan” which is made by only one person in the world. “kurozan” is painted lacquer by hand brush on to “shironameshi”. This is the first time that outfits are created by using “kurozan”. As a reminder to his previous creations, RYNSHU designed original zippers on buttonholes, which can be opened and closed according to our desires.

NEWS
“Himeji-jo” castle, in Japan, is one of the first resisted world’s cultural heritage. It will open again when great castle tower restoration will be completed, in the spring of 2015, after an interval of fifty years. RYNSHU was invited from Himeji city to present his fashion show at Himeji-jo in May 2015. This show will be an historic event in Japan.