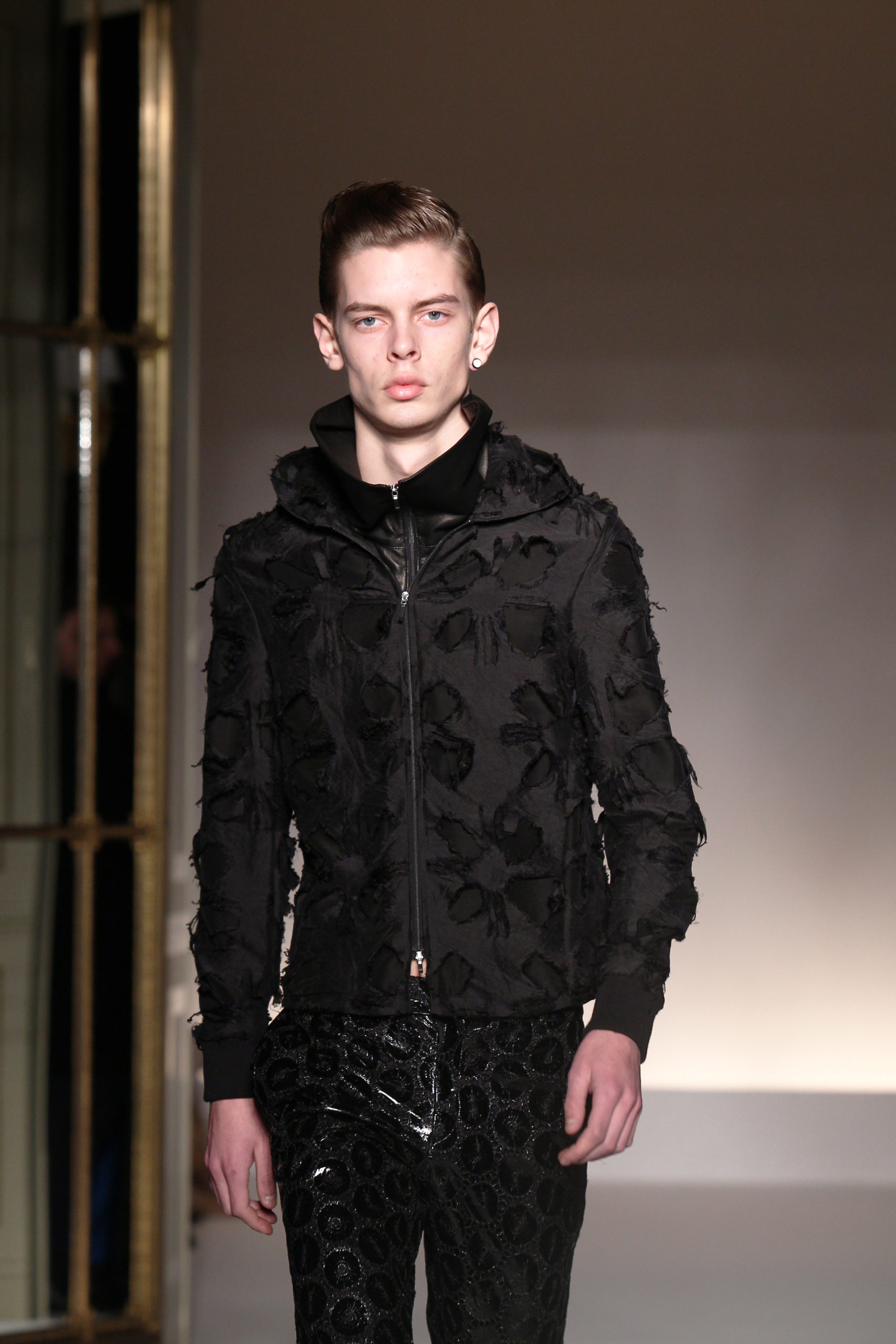 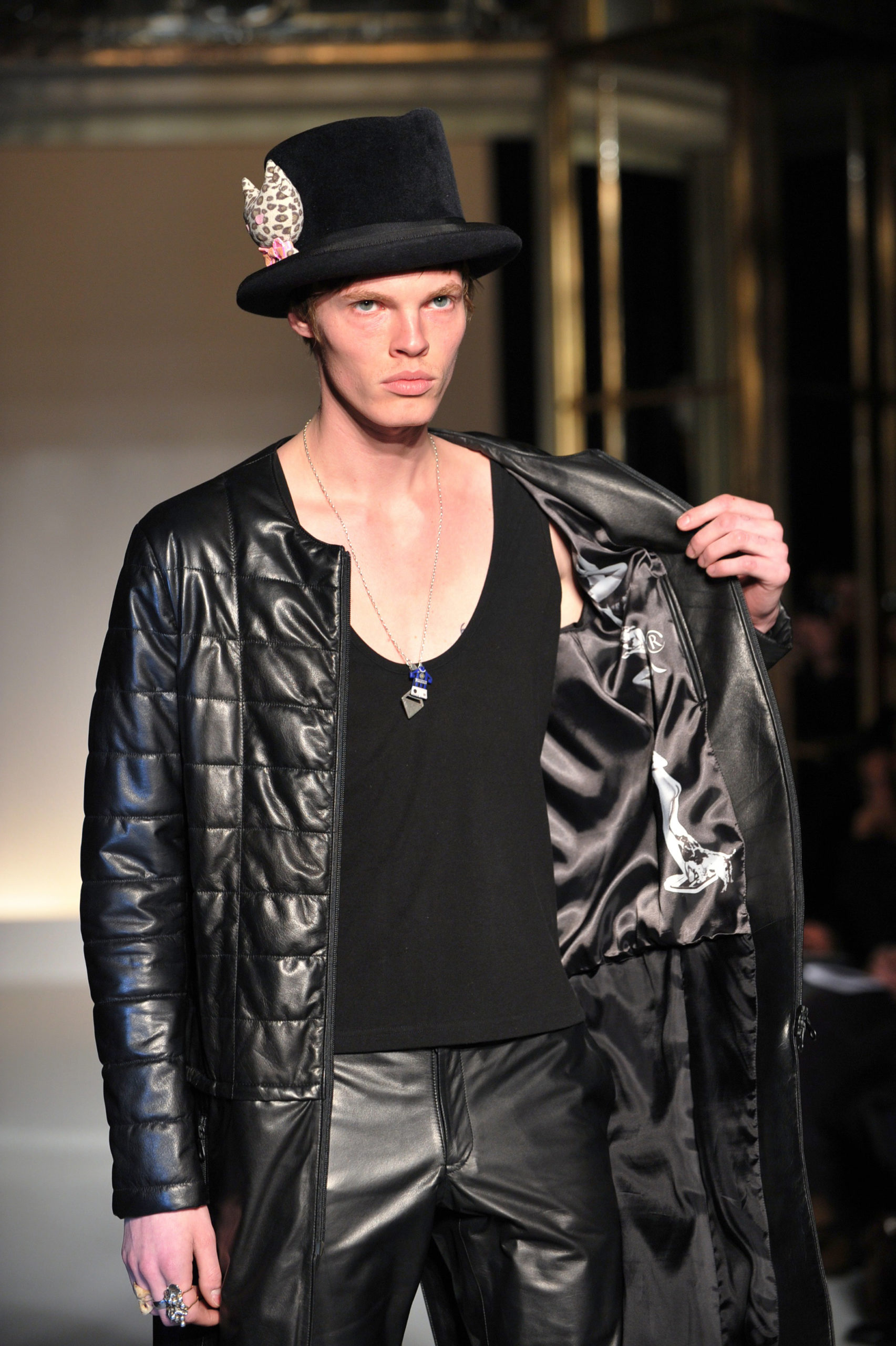 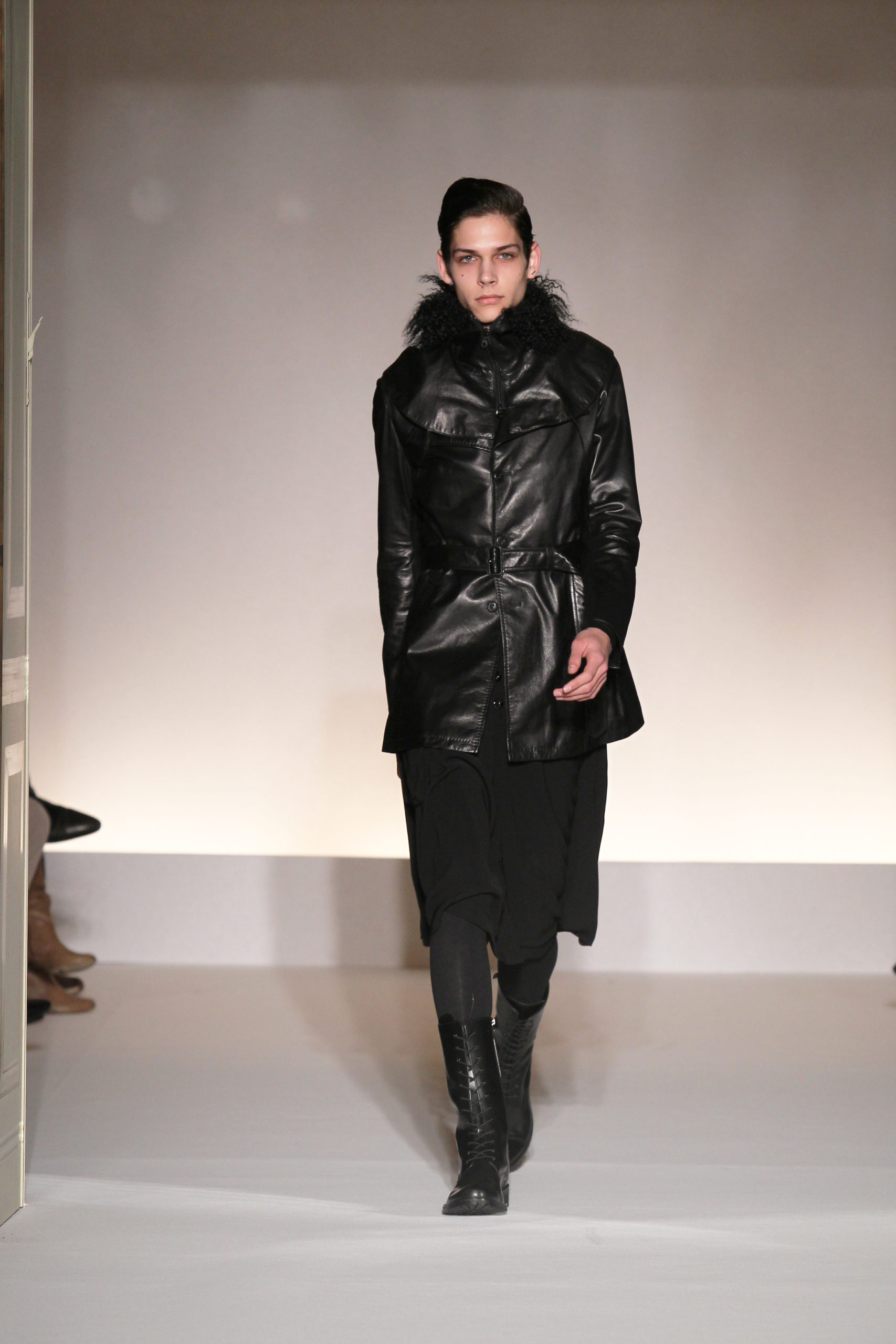 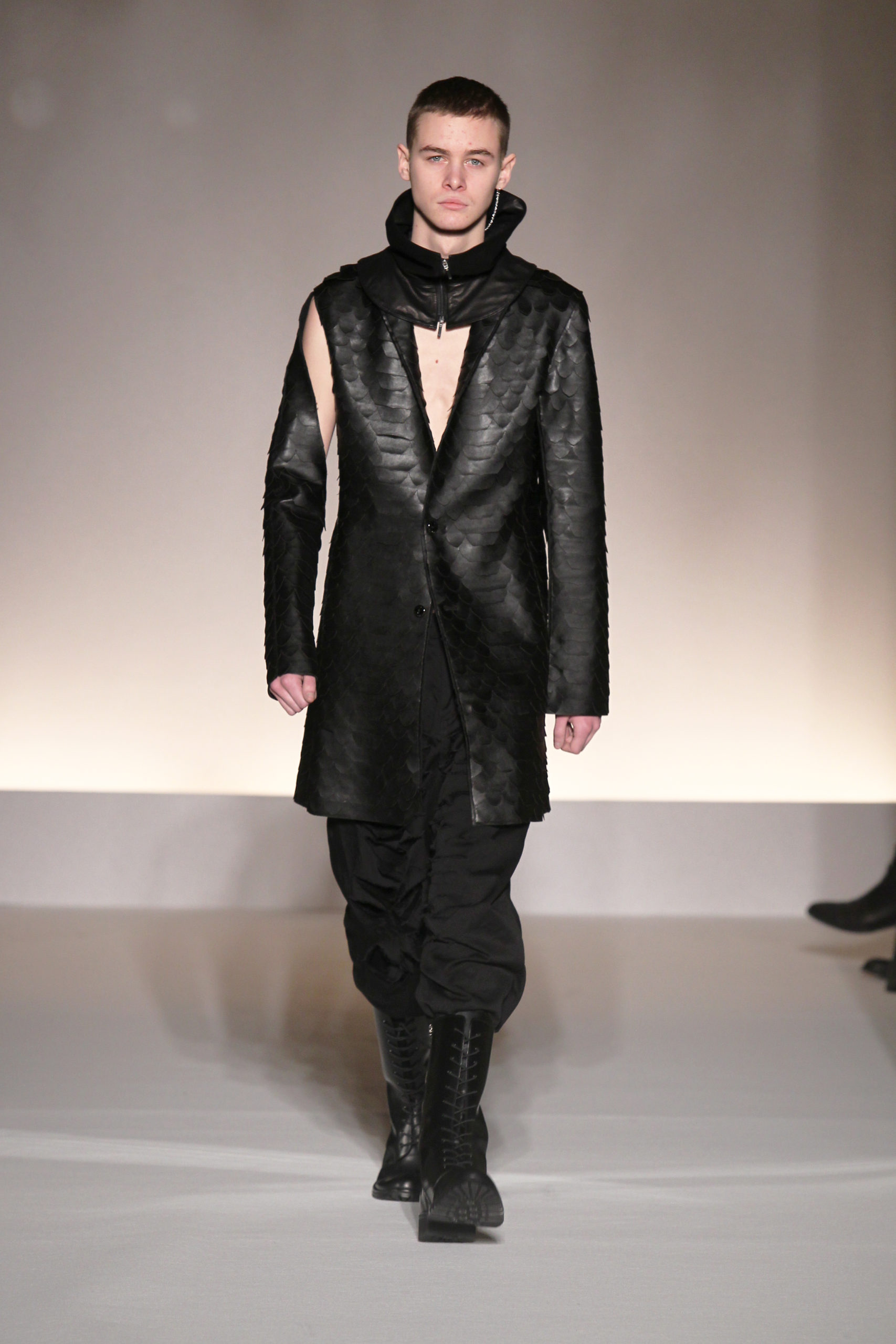 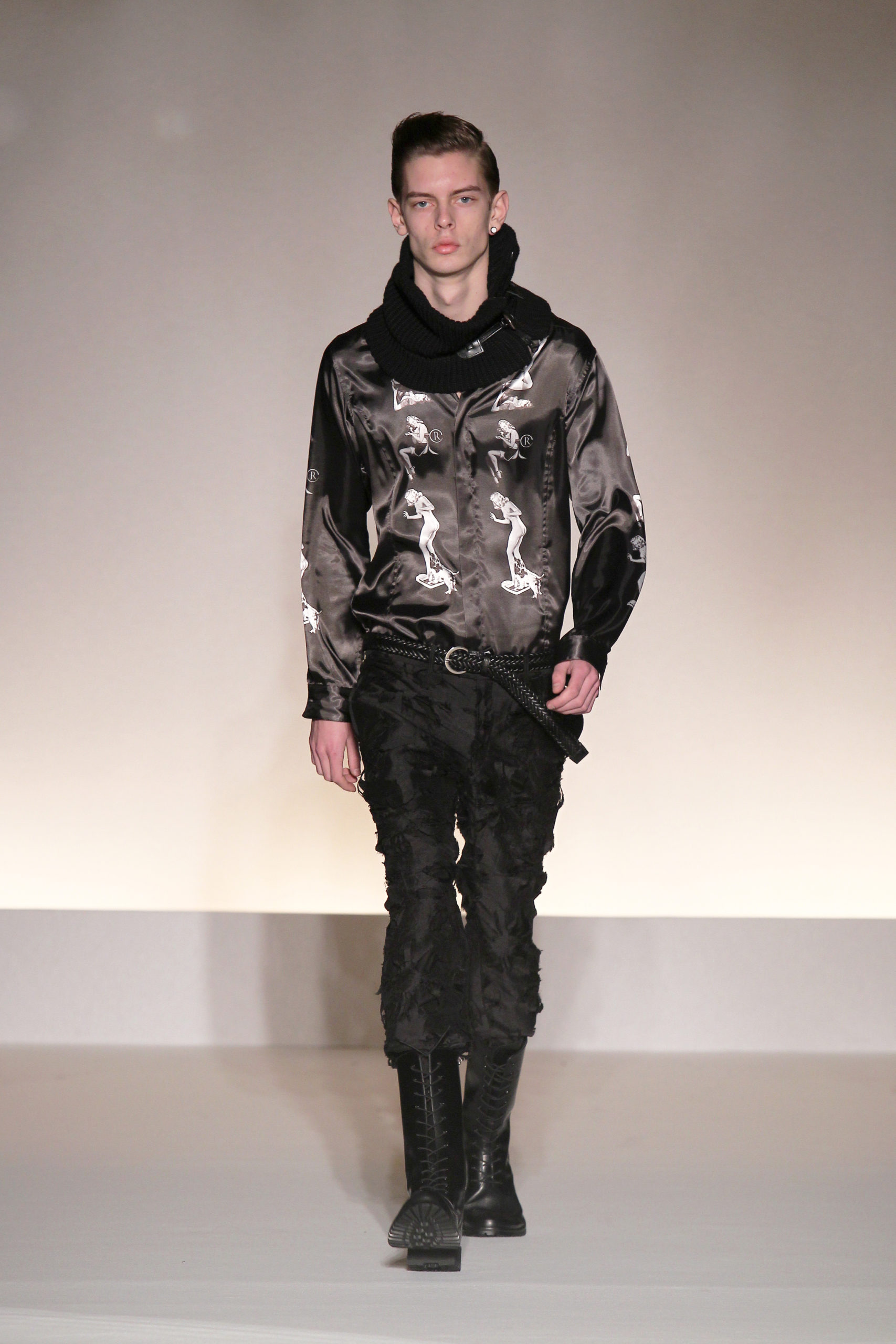 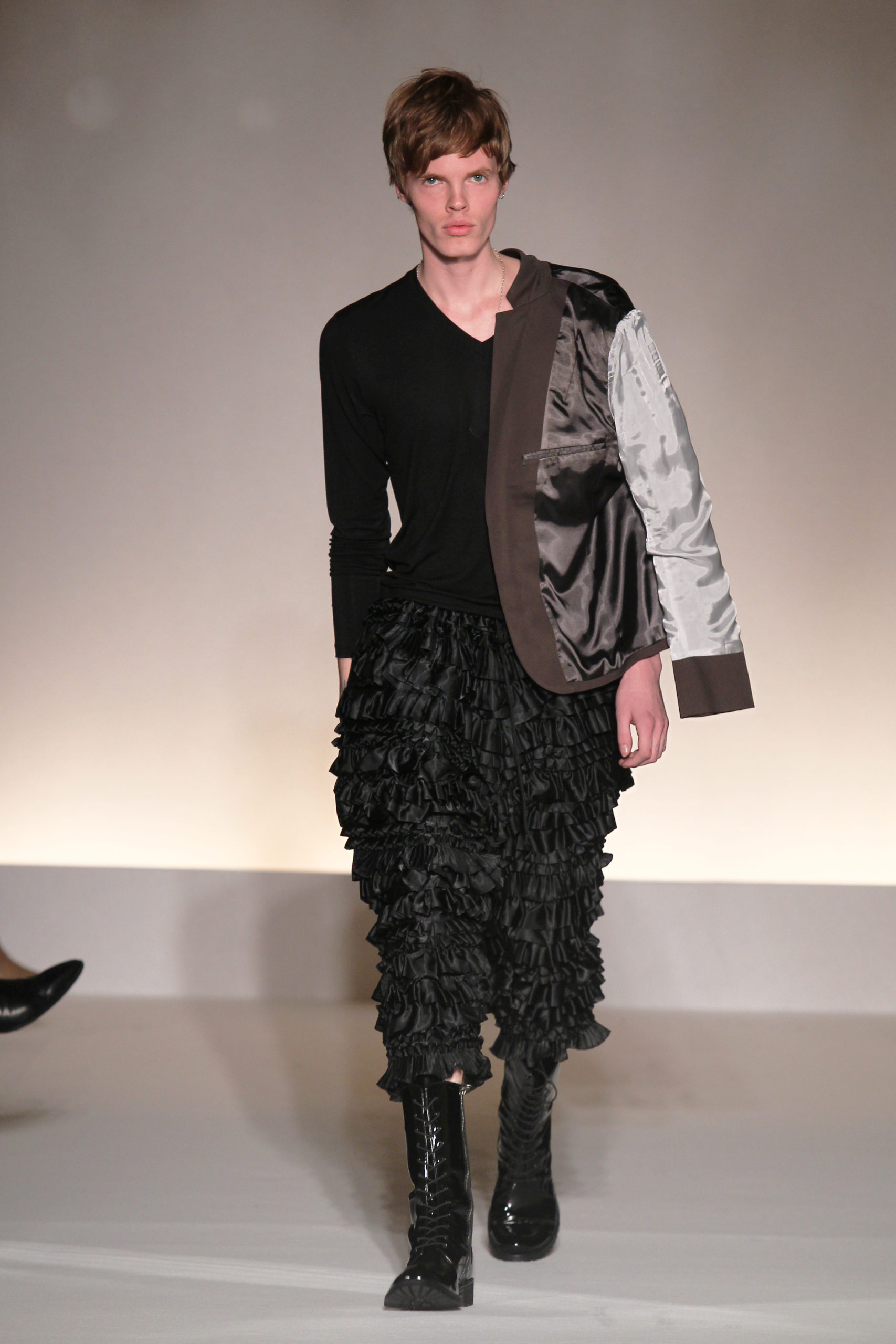 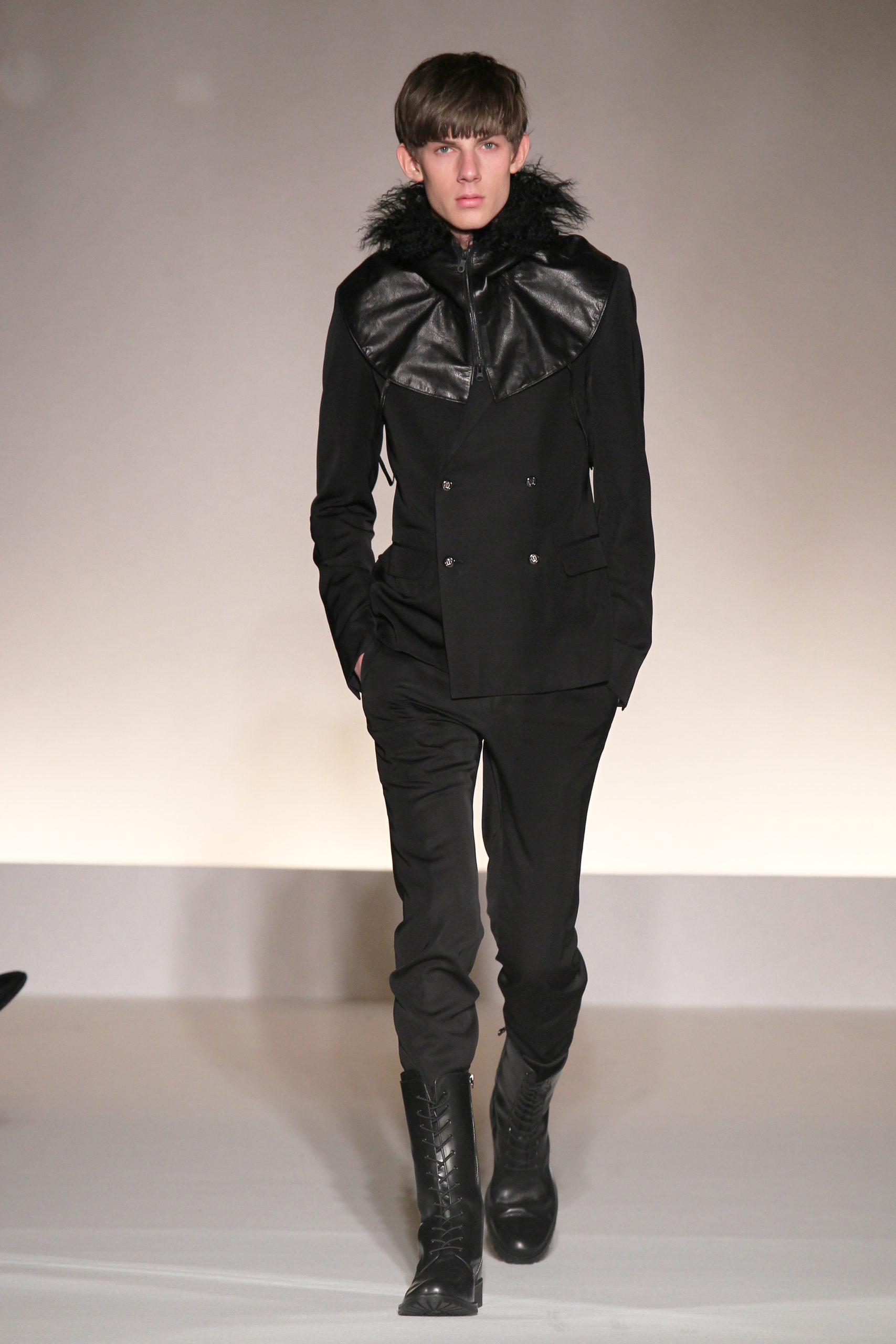 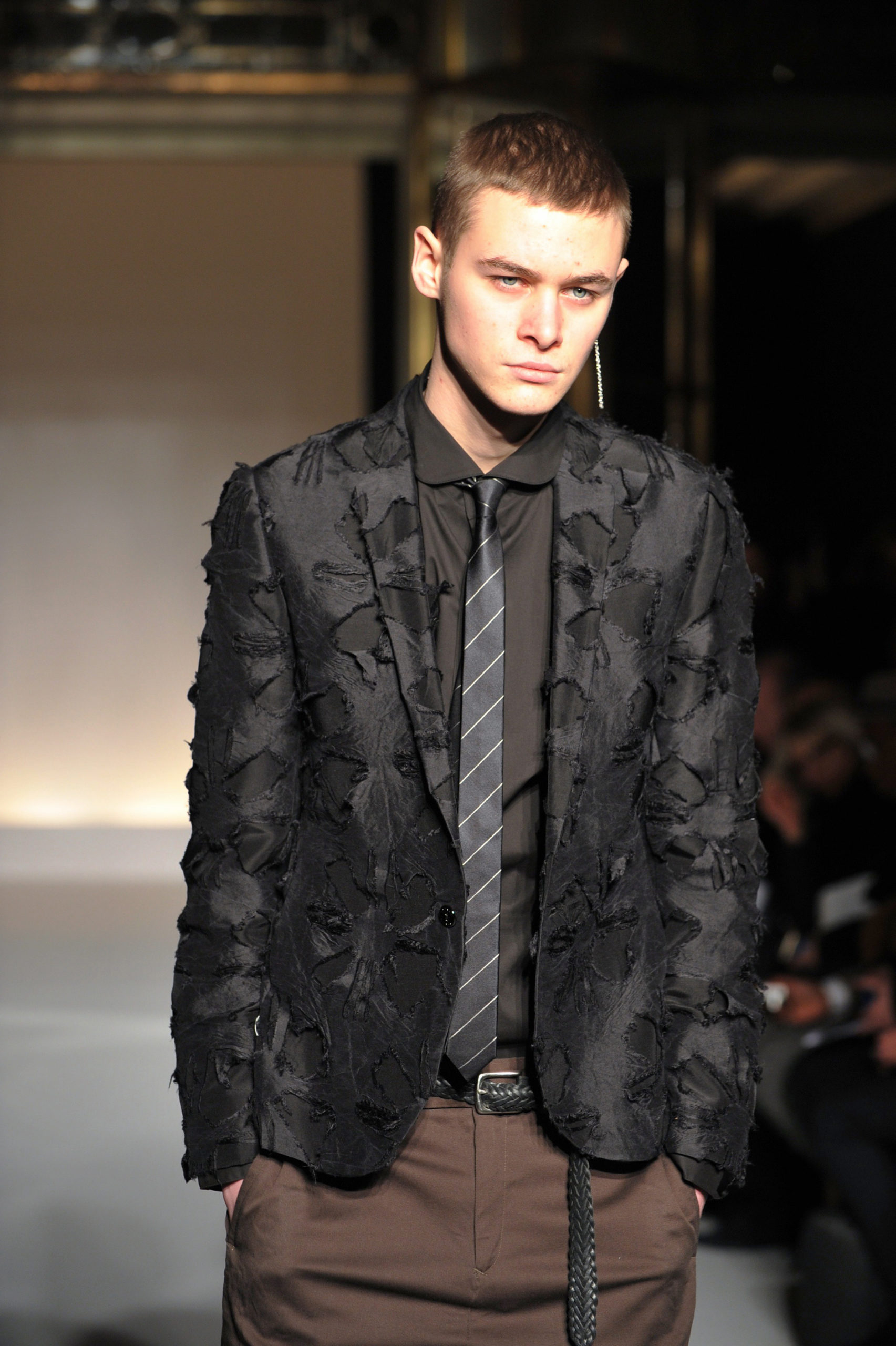 The Rynshu Fall/Winter 2011-2012 collection, whose “neo-retro” theme is inspired by the 1950s.
In Japan, there is the term 温故知新 (pronounced on ko chi shin) which means “learning from the past”. For a long time in Japan, people liked to introduce original patterns in the lining of their kimonos. Although these are not visible when the garment is worn, it is enough to make them feel more “chic”. Rynshu used this practice to spice up his collection.
His neo retro and minimalist wardrobe contains in the linings, patterns representing pretty young women with sexy poses and charming smiles.
The absence of seam in the middle of the back of the jackets in the neo retro style, allows the designer to introduce the pin-up patterns in the center of the lining without deforming them. Paying great attention to the less visible parts of the clothes is Rynshu’s way of doing.
Rynshu has worked on the palette of blacks, a color that has become basic and versatile in the 21st century, and you can appreciate the multitude of blacks used in this collection, contrasting with the pin-up patterns.
Different black textiles have been used. First of all, very n viscose with silk twill. Then 100% silk on which were sewn fabrics ef lochés to form crosses stylized “rock’n roll”. But also polyvinylchloride/polyesther/cotton highlighted by large Armadillo motifs sewn on the reverse side, which are repeated. And in n, silk and satin, gathered, folded and joined by a gluing technique. The oral pattern sewn on the perforated viscose material can be found on several pieces.
Rynshu expresses all his creativity with the color black.
The other particularity of this collection is the possibility to superimpose clothes such as a close-fitting top, with both long and short sleeves, a Aladdin and cigarette pants, a poncho with a leather jacket of different lengths, combined with a neckwear in thick knit (3G/5G). All these clothes are unisex.
In n, Rynshu designed a motorcycle jacket for women, launching its women’s line. On the shoulders of this jacket you can see Rynshu’s taste for original detailing, thanks to the “pointed” shoulders.
From this collection, the women’s line will be available at the Rynshu store in Paris, as well as in all its points of sale.