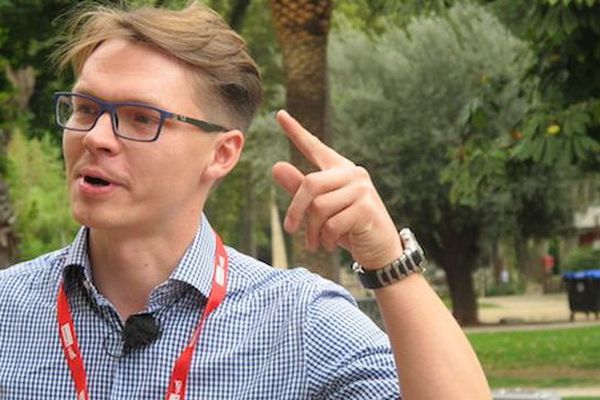 Ponomarev was born in Moscow and graduated from Moscow State University and from Academy of Labour and Social Relations. Between 2003 and 2012, Ponomarev worked for Associated Press, subsequently starting his career as freelance photographer.
He is a frequent contributor to The New York Times. In 2015, The New York Times asked Ponomarev to go to Greece and photograph the landing of refugees. Subsequently, he followed refugees on their way to Western Europe, spending in total five months on the project.
Ponomarev previously covered the Moscow theater hostage crisis in Moscow in 2002, the Beslan school siege in 2004, the Euromaidan in Kiev, the War in Donbass, and the Syrian Civil War.
According to James Nachtwey, “Sergey (Ponomarev’)s visual perception operates at a very high level. He has the ability to organize what he perceives in a compelling, complex manner using the full range of photographic vocabulary with great mastery.”
He sees his role “as simply developing stories that are meant to disturb the world”, and he notes that restrictions imposed on viewing disturbing images diminishes their impact because “(t)he more people see injustice, the more they are willing to change it.”