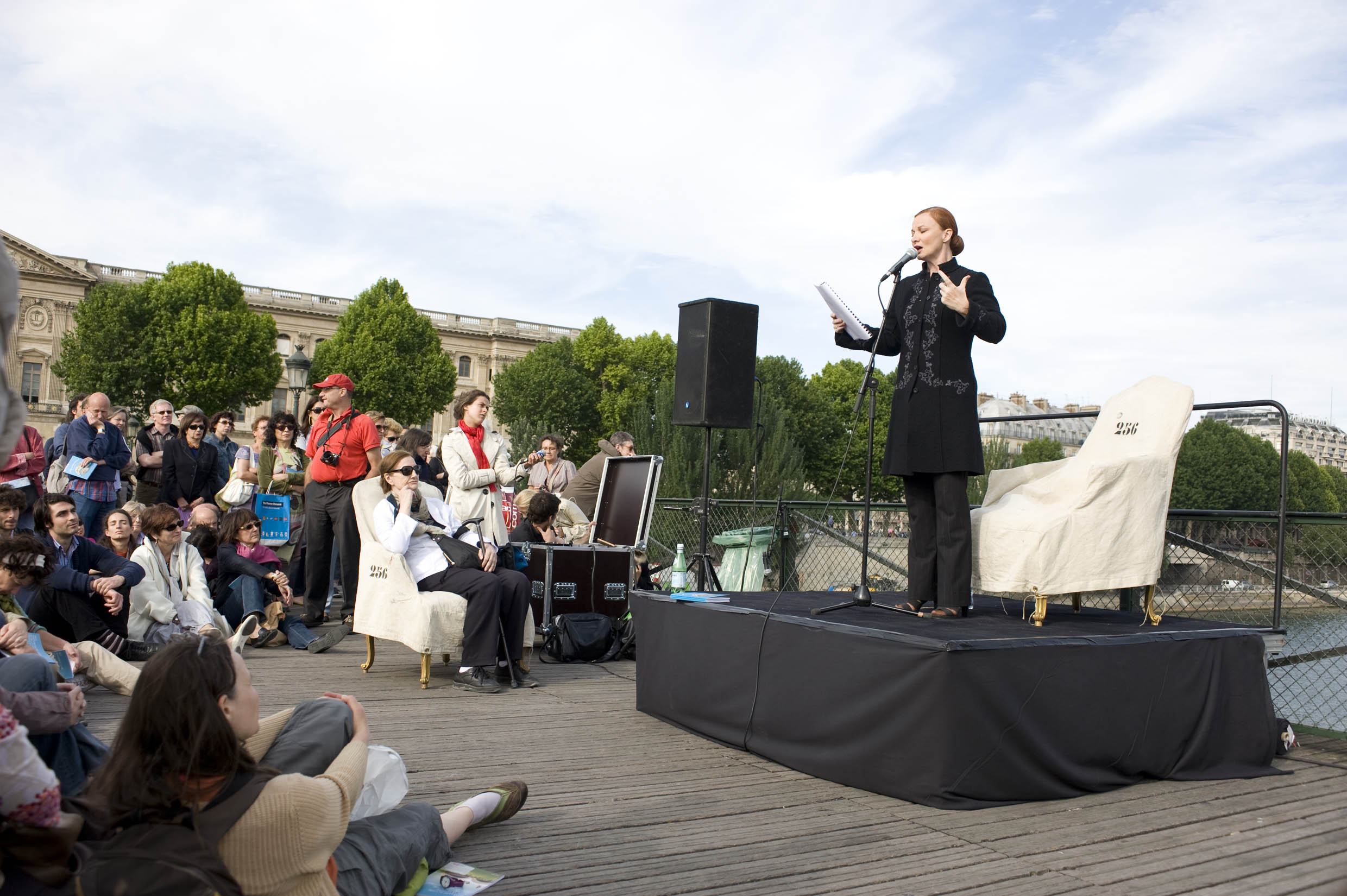 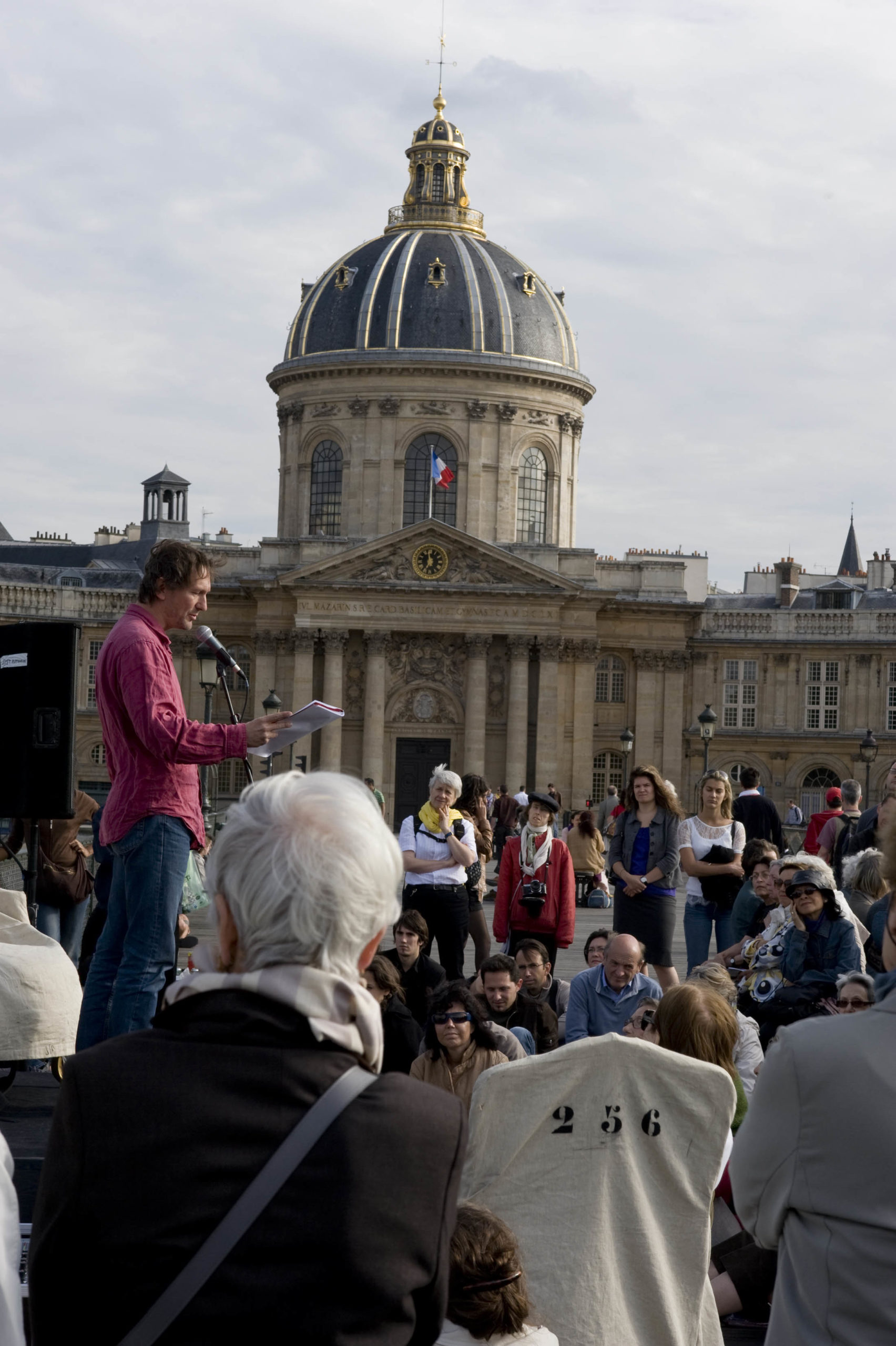 At the Centquatre, at the Gaîté Lyrique, at the Point éPhémère, throughout and beyond the city, the third edition of Paris en toutes lettres once again offers an opportunity to show that Paris is both a magnificent literary scene and the very subject matter of a novel still being written.
Paris en toutes lettres presents literature in all its forms: readings by writers and actors, performances, admiration exercises, literary concerts, banquets, cabaret, balls… Through hybridization with other genres and other artists, literature leaves its solitary image – reading, writing – to become alive and collective; it dialogues with music, images, digital arts…
Paris en toutes lettres puts literature at the heart of the city: three writers immerse themselves for a week – at La Défense, at the Gare du Nord, in a café – to send us texts and images, readings in buses and walks, subway stations subtitled with their anagrams that invite us to poetic disorder, projections on the facades of the Sorbonne, a giant writing workshop, short stories that are written in twenty-four hours… The city is a novel that we propose you to write and walk through with us.