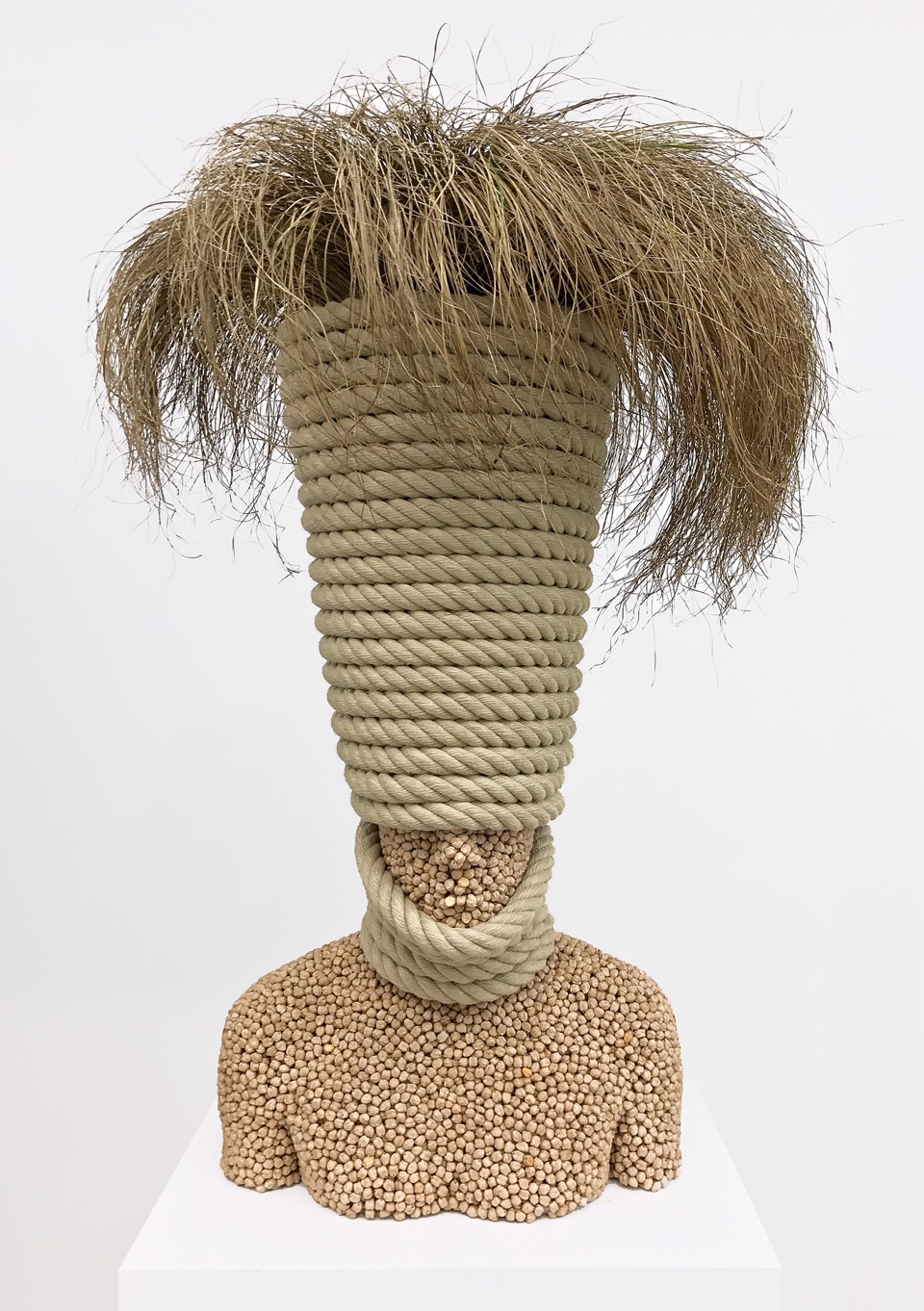 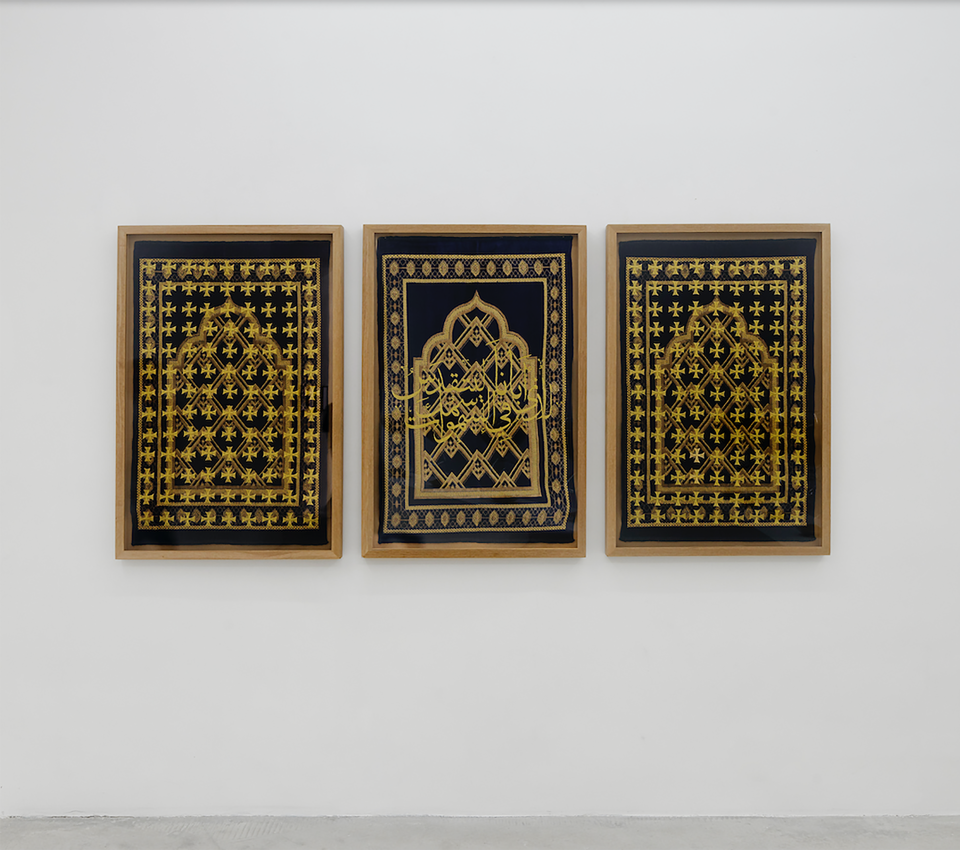 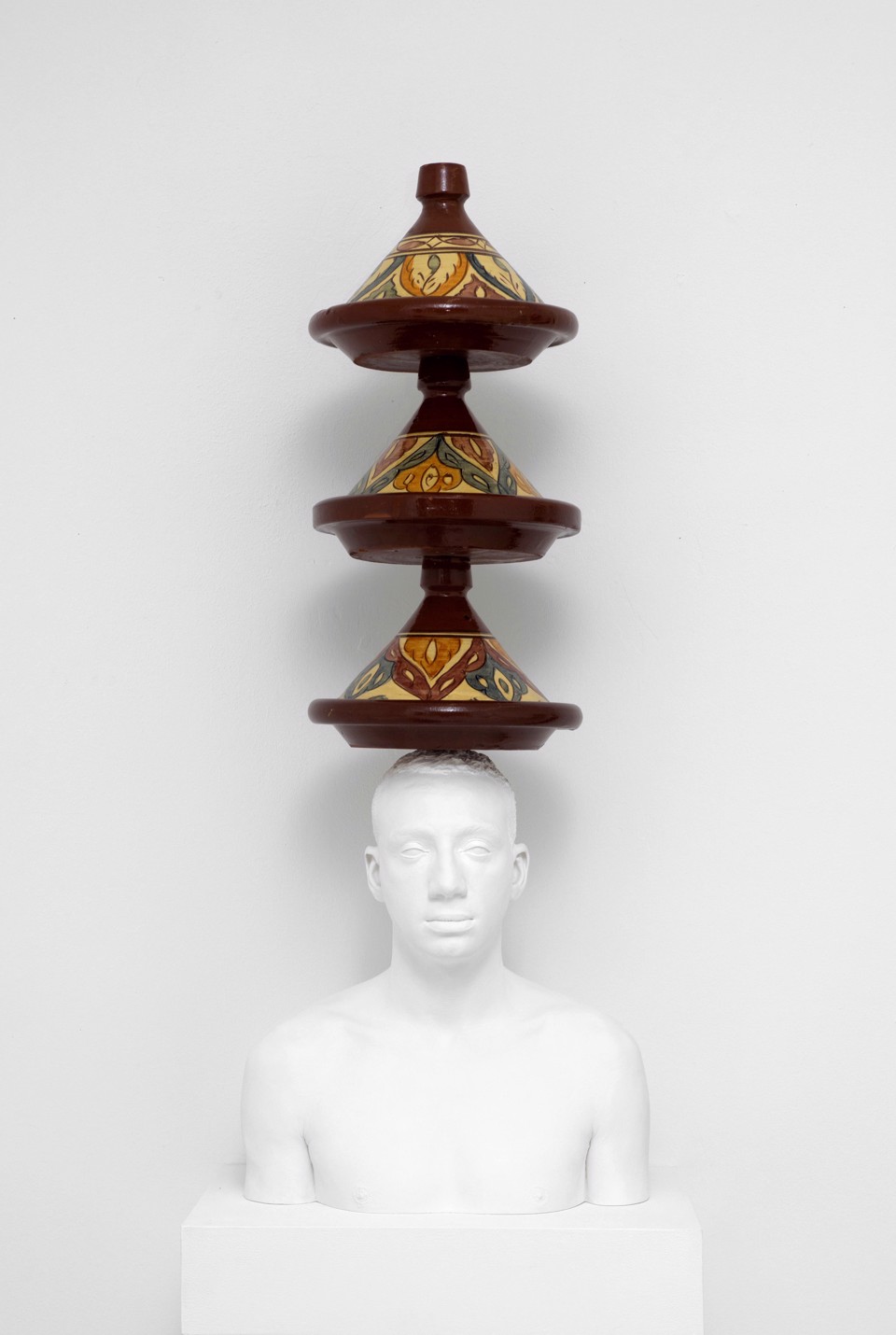 Mehdi-Georges Lahlou – Of the Confused Memory

If we need to talk about Mehdi-Georges Lahlou’s origins, it is because they are at the core of his work. This Franco-Moroccan artist plays to unbraid his genealogy in order to underline its intermix, and he does that with cleverness. His Moroccan roots influence his choices in matter of the themes he approaches and the materials and motives he employs. He enjoys confusing the codes associating images that evoke pity, wether Catholic or Muslim: Virgins with Child in mashrabiyas, prayer stools, stained-glass windows with Maghreb soldiers… In a larger extent, he interrogates on the permanence of cults and cultures, doomed to disappear but still subsisting thanks to the works that remain, as traces and signs allowing us to conceive them in spirit.