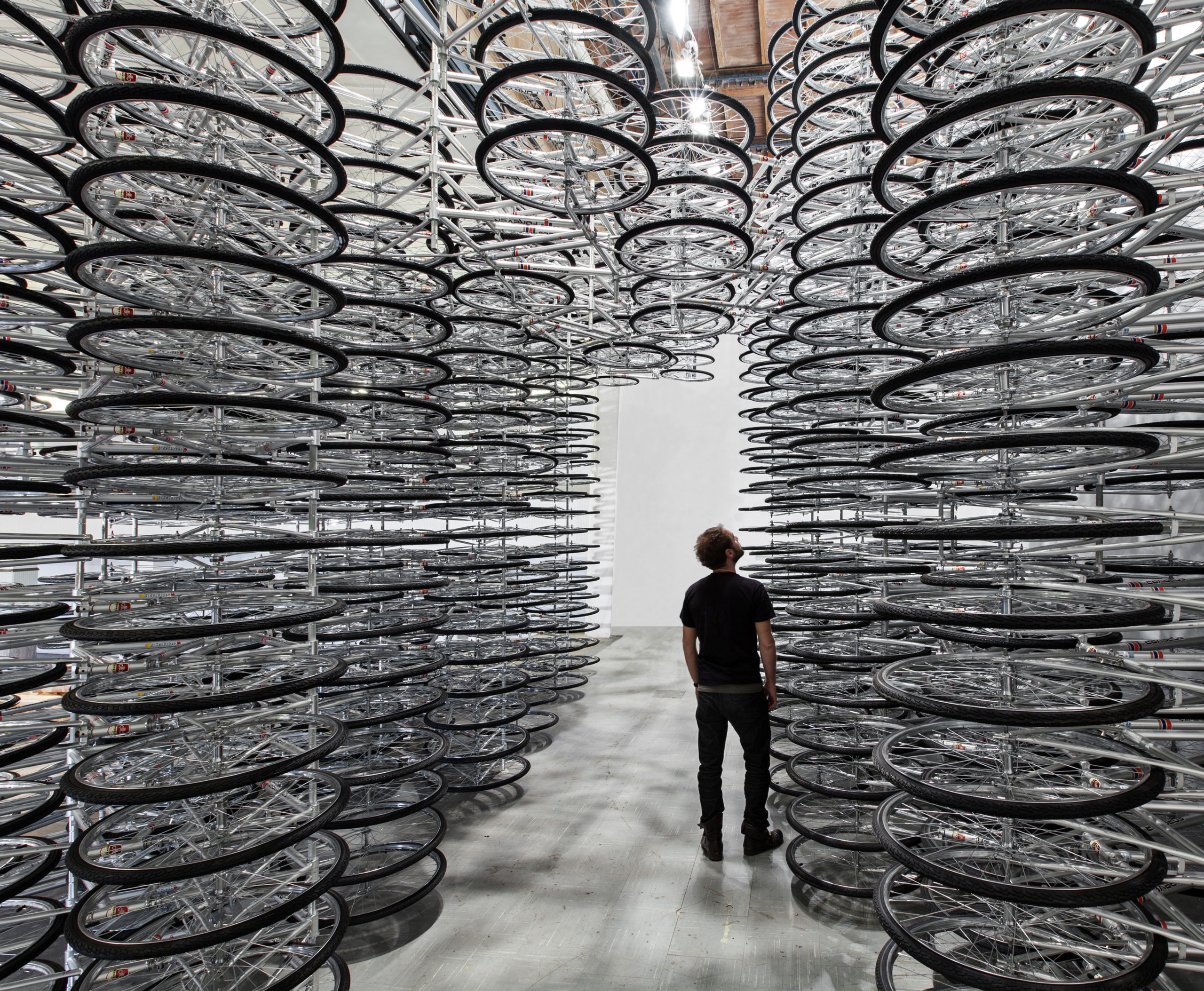 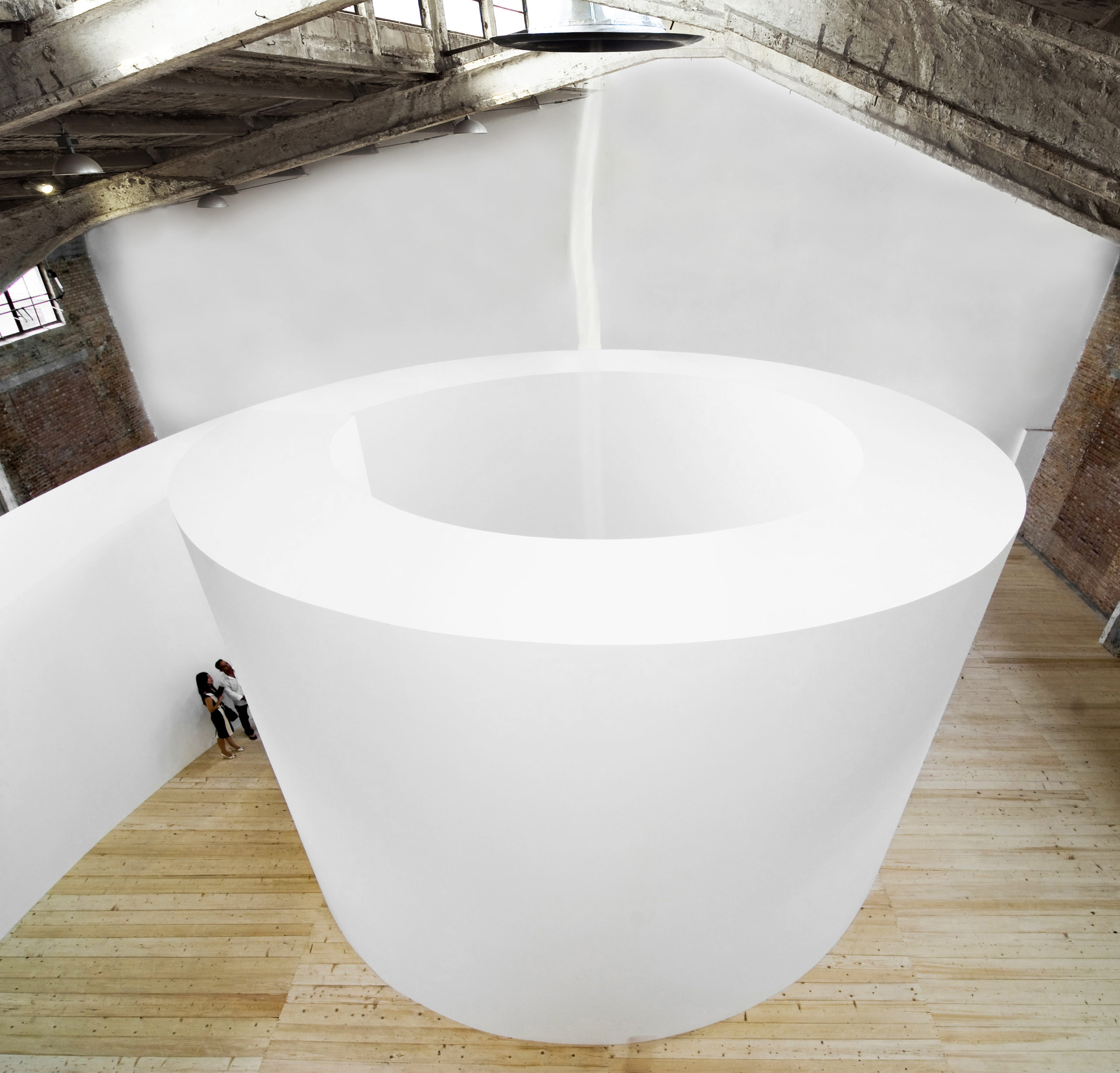 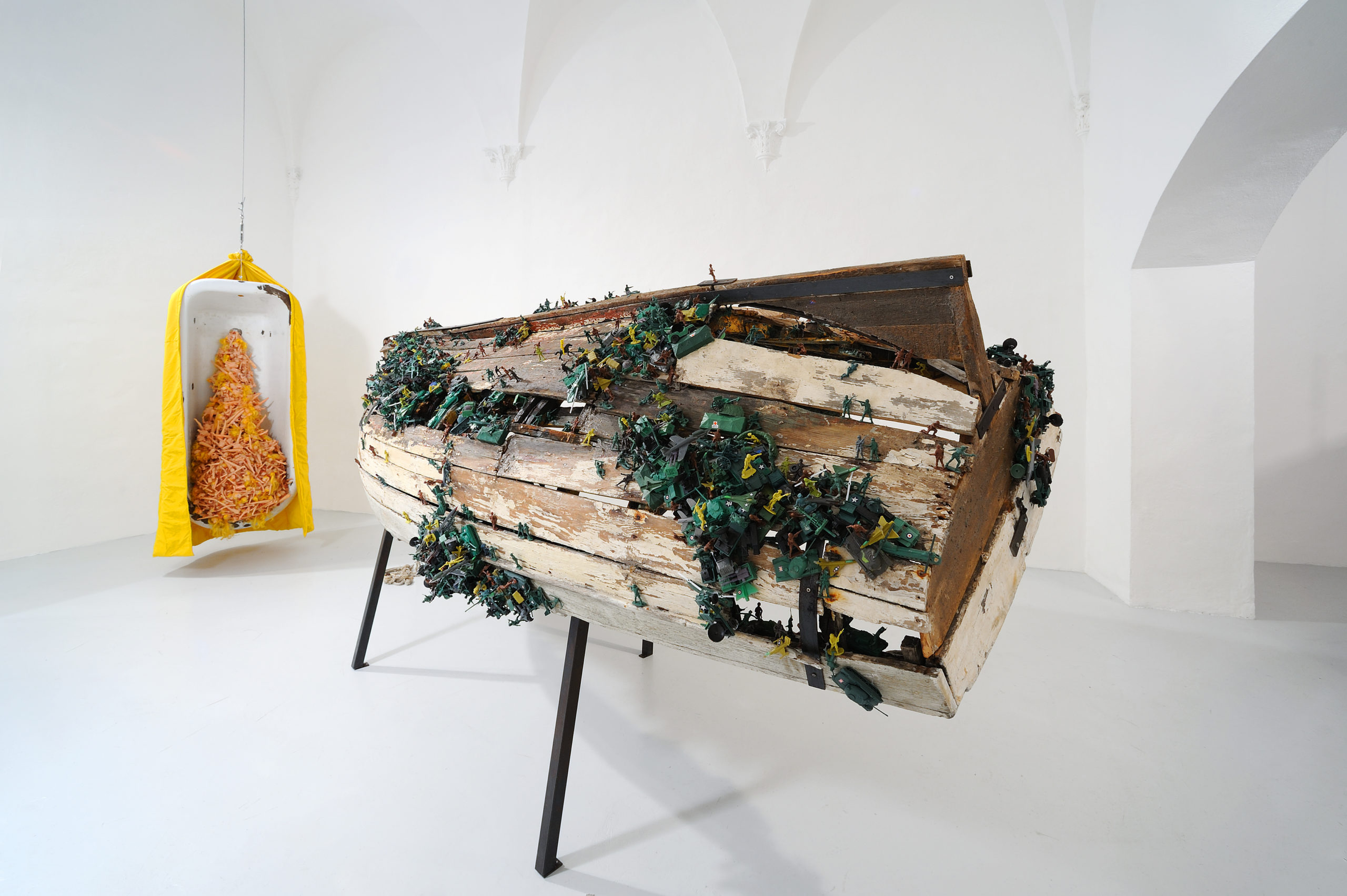 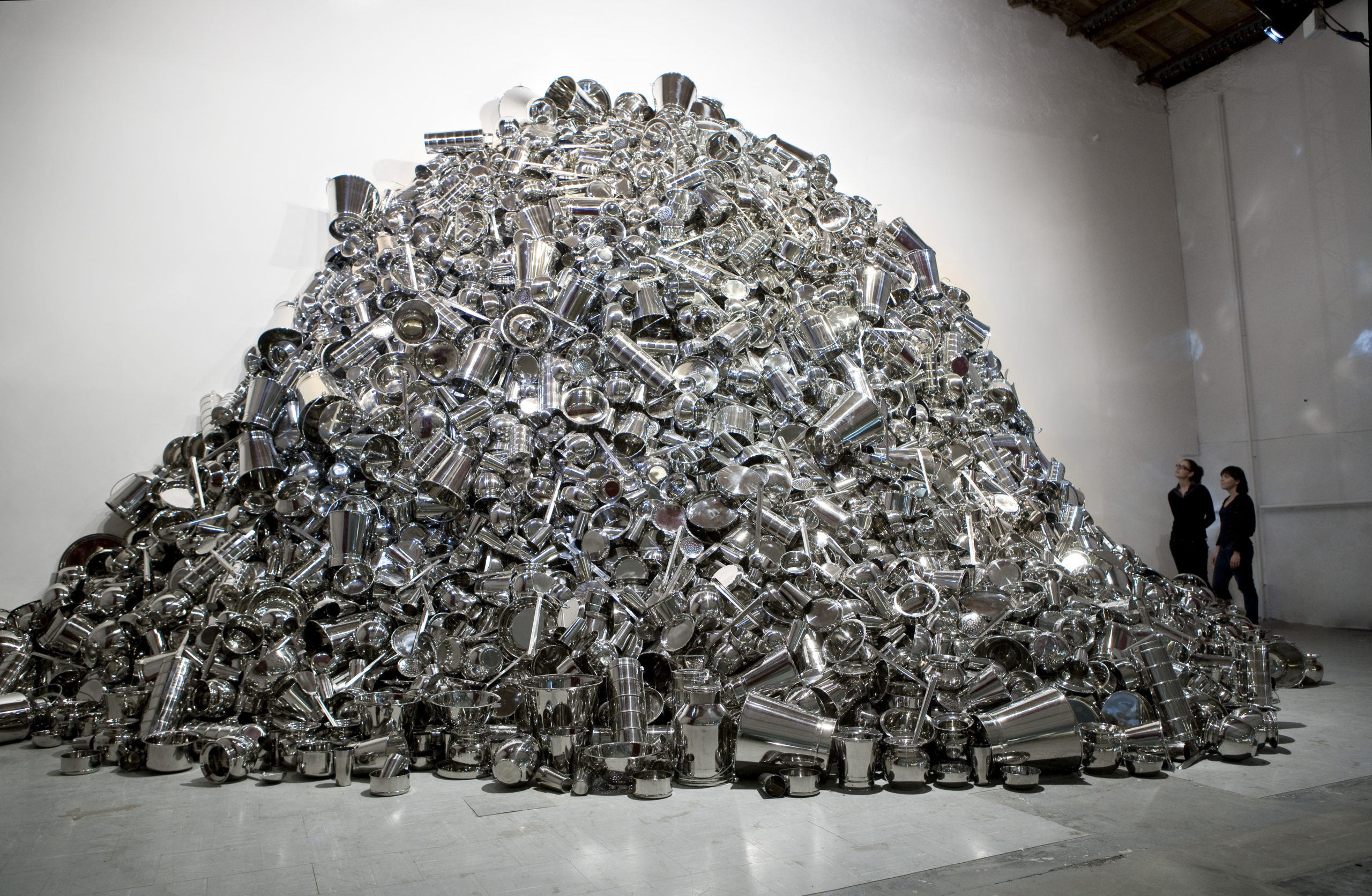 To celebrate these 25 years of adventure, projects, sharing and madness, it is only natural that GALLERIA CONTINUA takes over the walls of the CENTQUATRE-PARIS, with which it has been collaborating for several years.
This place with its unique architecture, open to the city and its inhabitants, offers a resolutely popular, contemporary and demanding program, carried by artists from all over the world. In perpetual movement, it is a true collaborative platform and its objectives resonate particularly strongly with those of GALLERIA CONTINUA.
The exhibition “Follia Continua! The 25 years of Galleria Continua” presents works by each of its artists, distributed in and resonating with the CENTQUATRE-PARIS. The exhibition will address themes dear to the artists and the gallery: the relationship between people, their place in a globalized world, but also the dream, humor, elsewhere …
The number of works presented, and for some of them their exceptional monumentality, makes this exhibition an event in itself.
It also fits in with the themes of the World Climate Conference, known as COP21, by proposing works whose discourse focuses on the major ecological and humanitarian issues of our society.