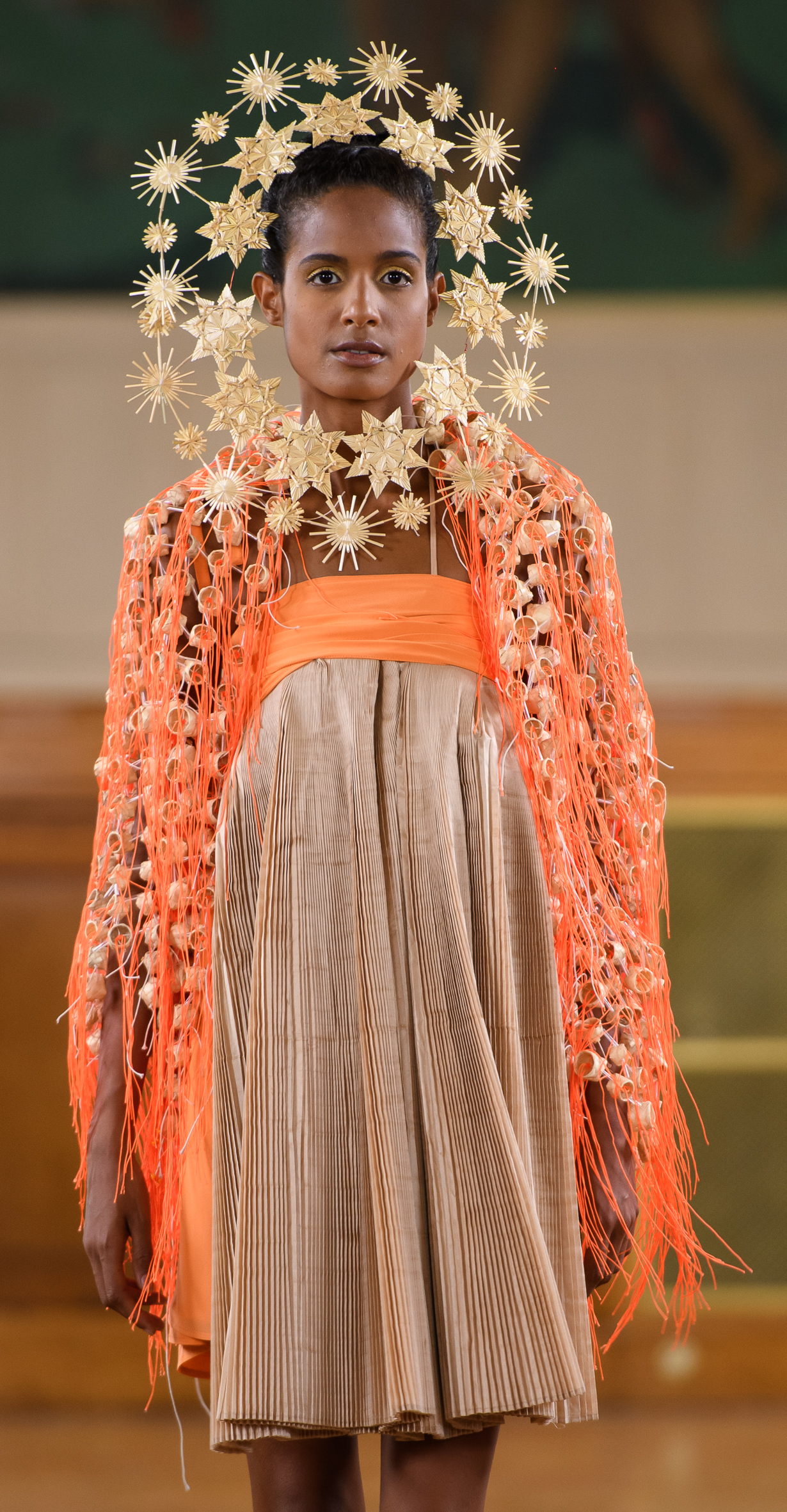 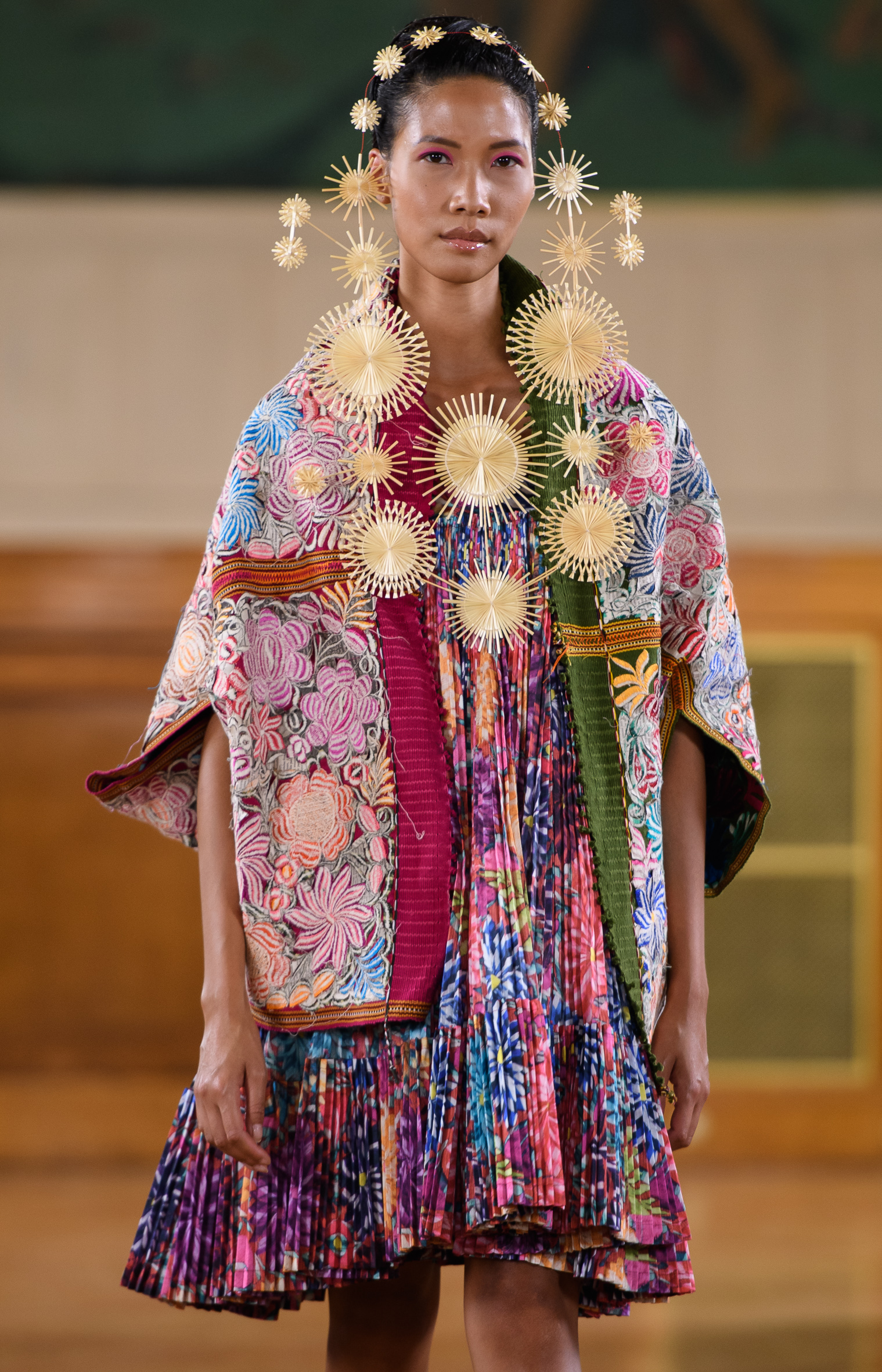 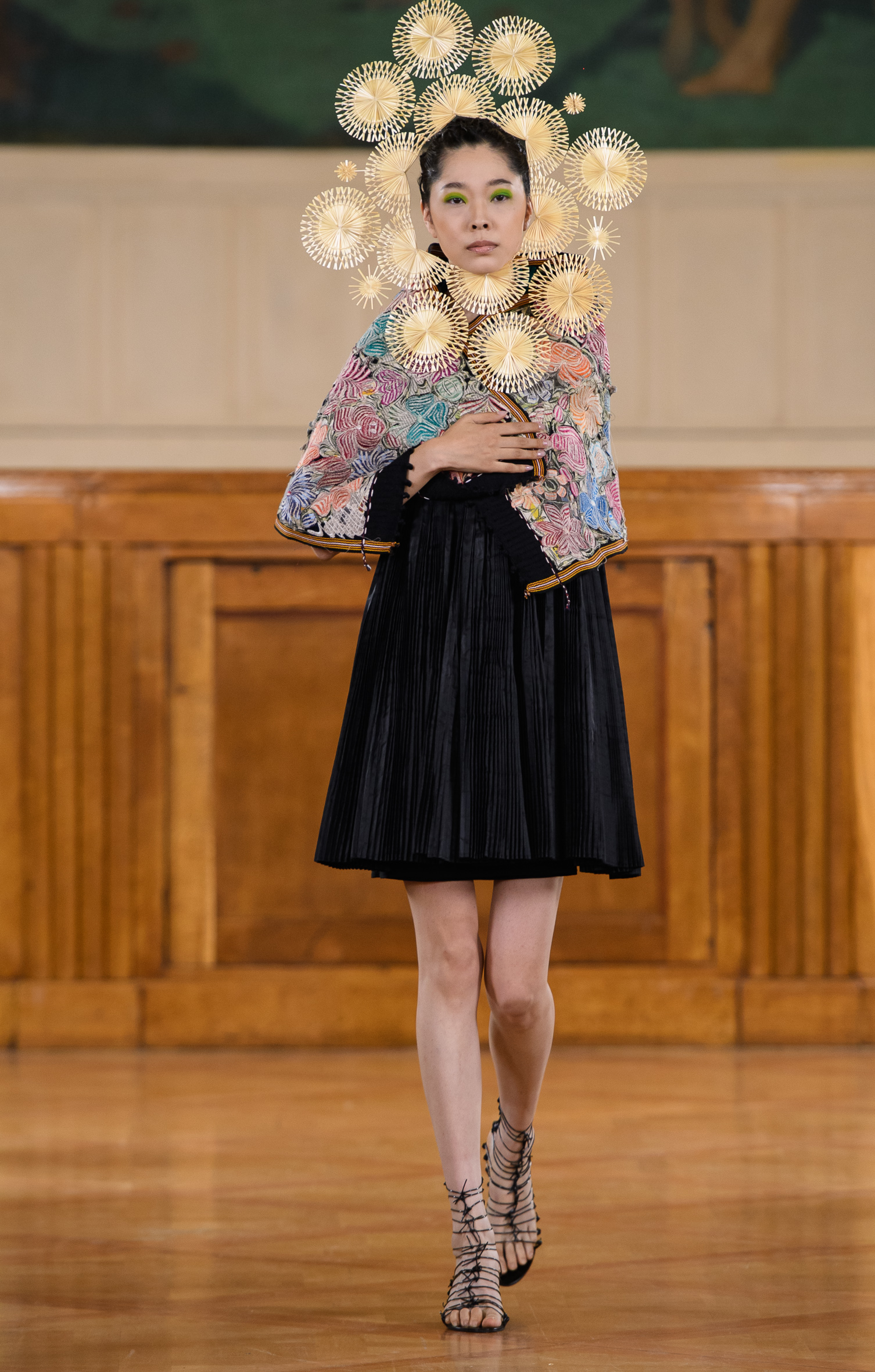 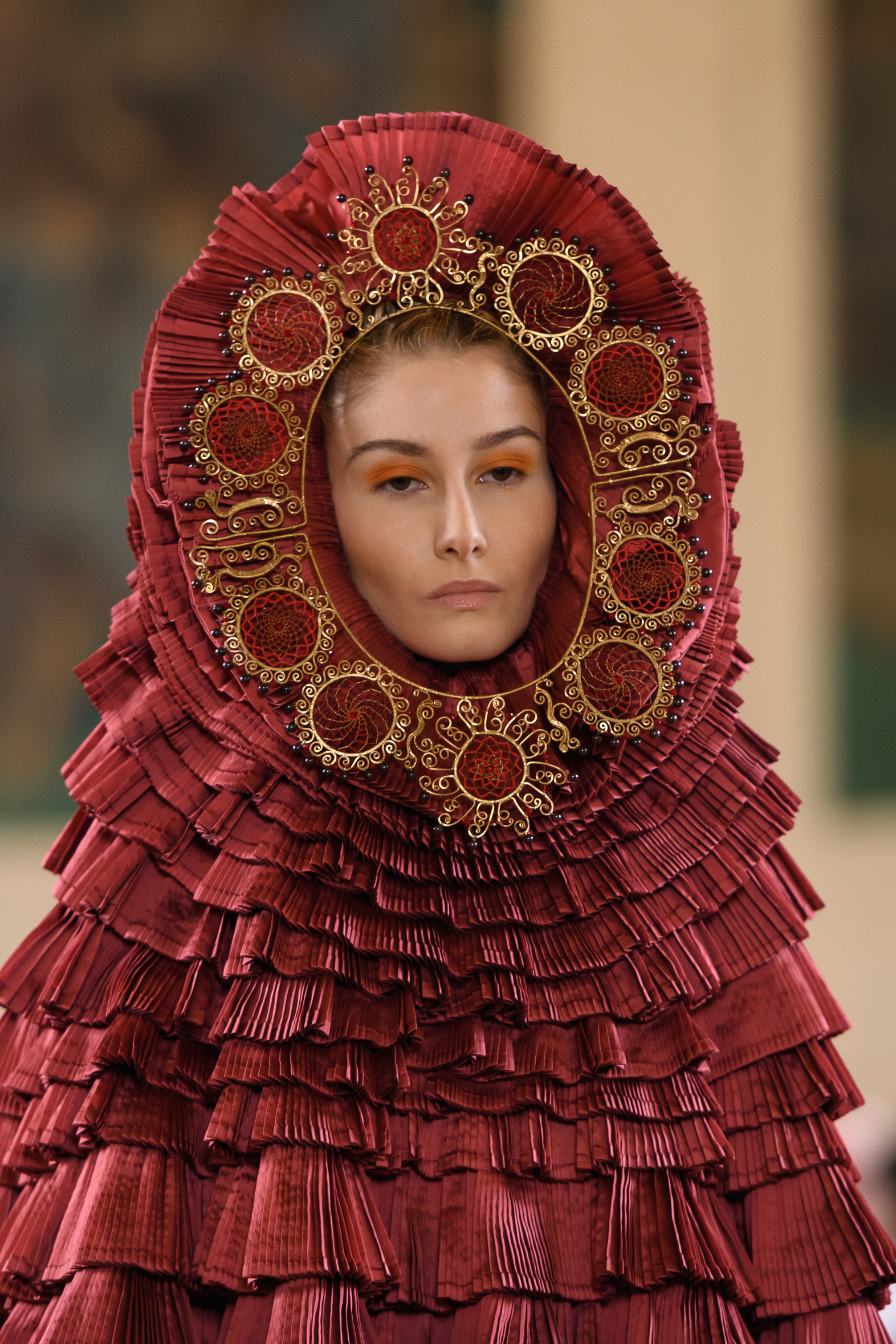 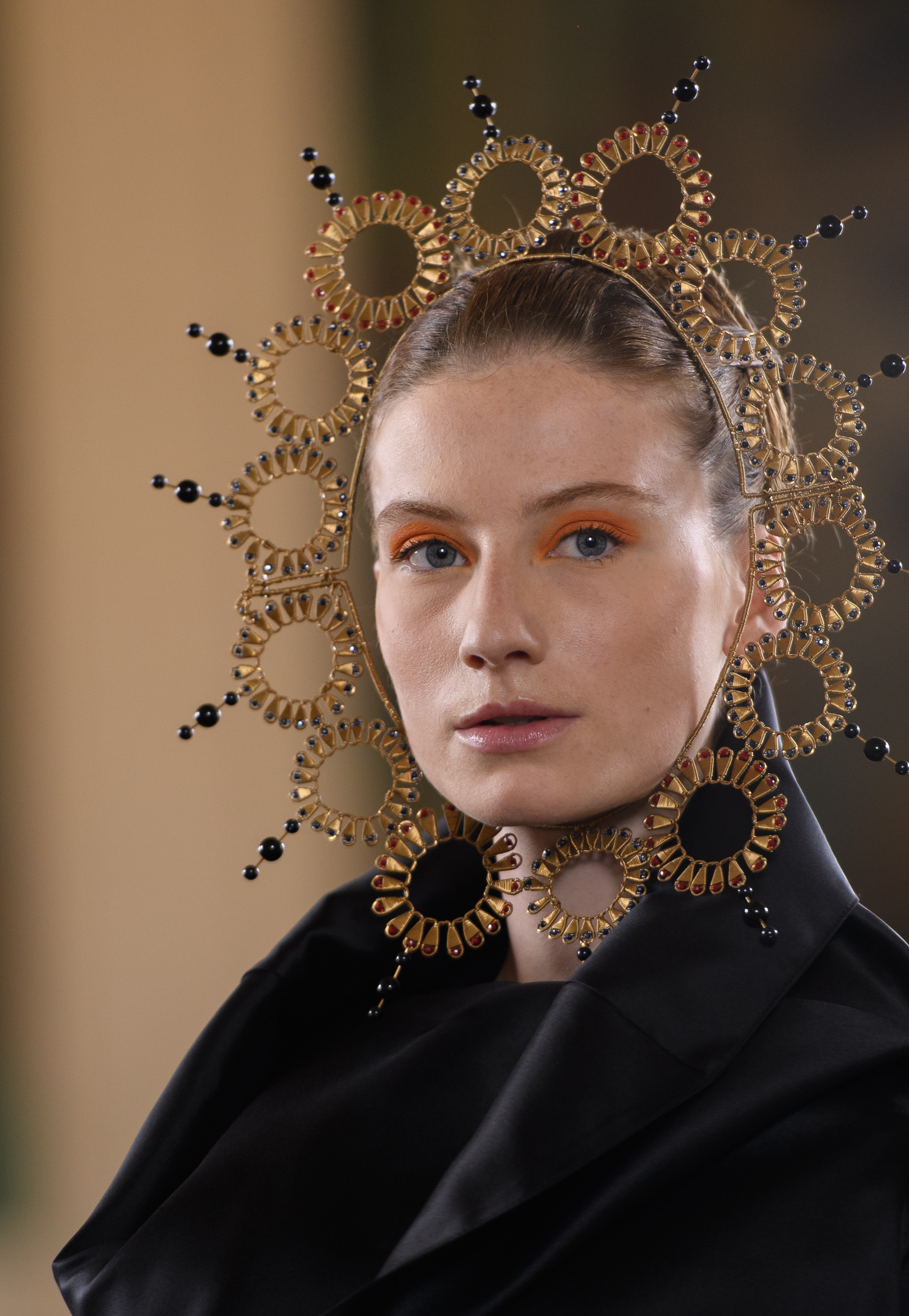 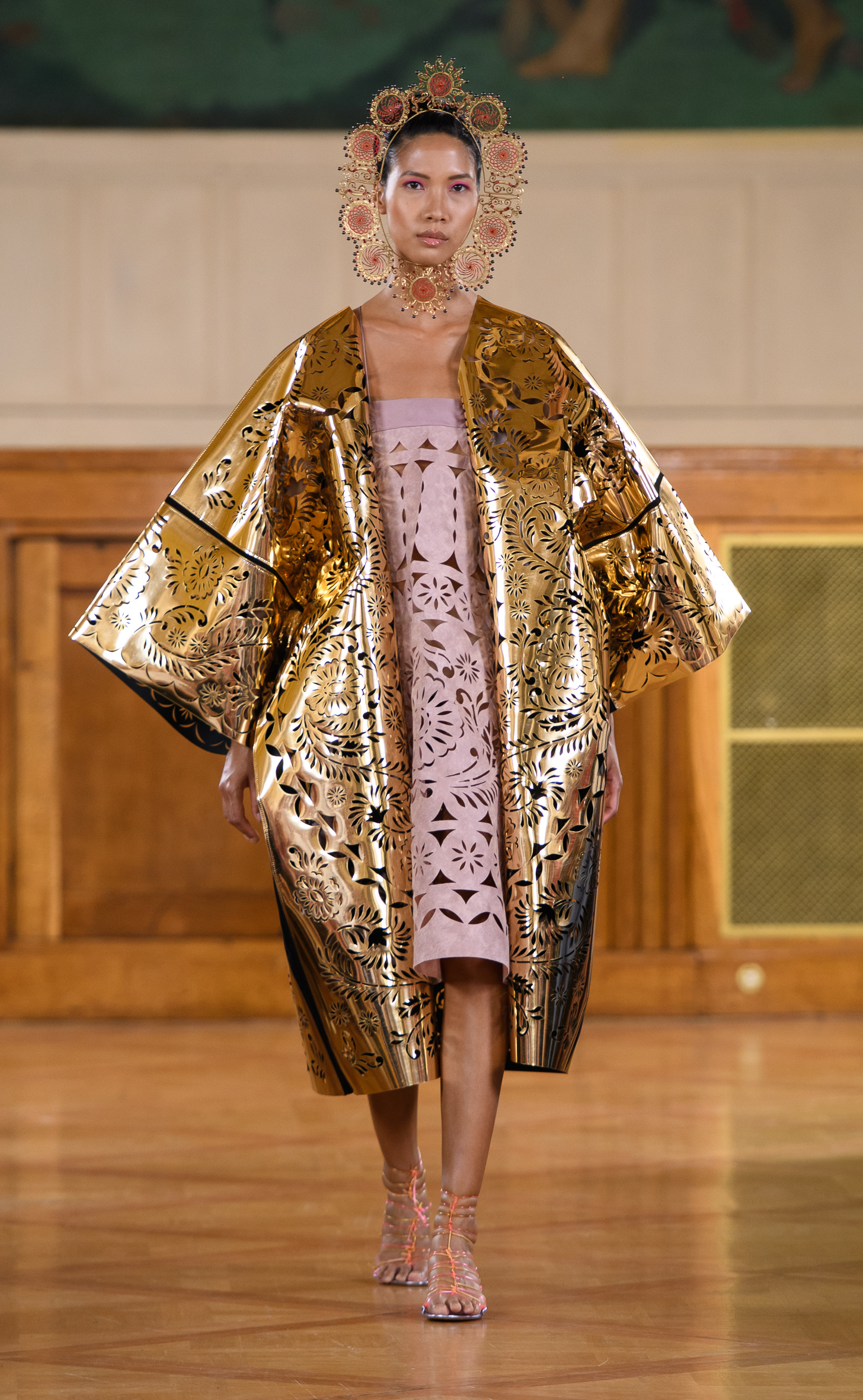 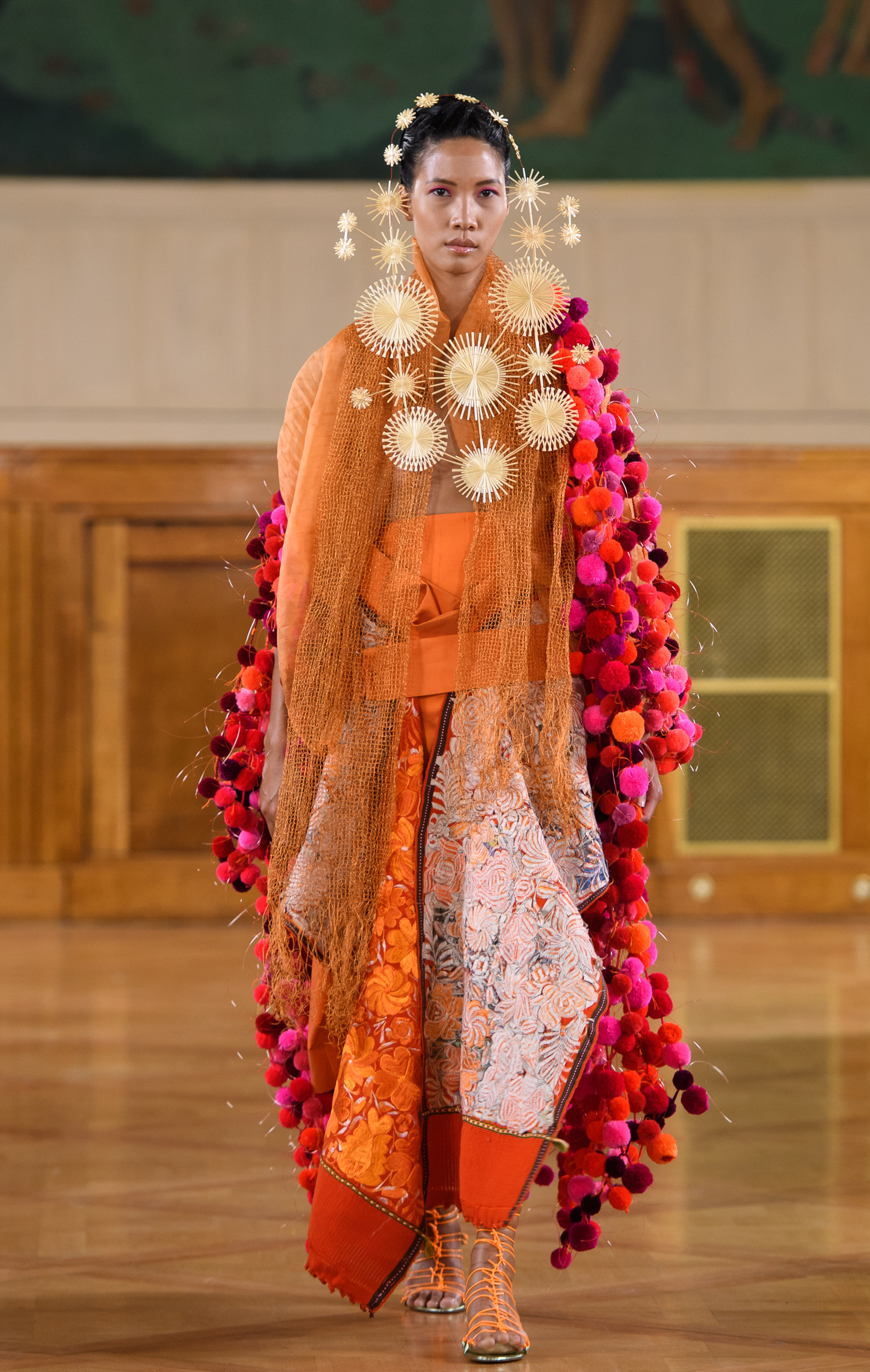 “…………Forms of mermaids, hummingbirds and stars appeared, as if by magic, from the intertwining between fingers and straw threads”. Antonio Rendón Cornello, craftsman, welcomed us in a red brick house with saffron yellow coloured walls. From the intense light of the path leading to his atelier, we passed in a brief instant into the pleasant semi-darkness of a large space. Our eyes slowly began to perceive the shapes that the darkness protected; large solar-like sculptures made of woven straw appeared.
On a four-hour journey to Tzintzuntzan, we made our way through a sparse landscape, where cacti alternated with acacias to punctuate the bare orange earth. We left Mexico City that morning at dawn. As the minutes passed and the sun rose, we discovered the colour of the Jacarandas that reminded us of pompoms in a cheerleaders gathering, they danced with the light morning breeze ………….”

This collection is a tribute to Mexico, its traditions and ancient culture; a tribute to that moment in which two worlds met. It strives to capture the magnificent balance between man and nature, as seen by the first travellers of the old world, who with an unconscious curiosity were willing to get lost in this new and unfamiliar universe. They brought with them from Europe clothes and objects, as if to create landmarks, imaginary stakes to anchor themselves into a world that they knew nothing about.
Like notes written by Captain Jean-Françoise de La Pérouse in his diaries, The Boussole, the garments of Maurizio Galante’s haute couture collection tell of the impact of two cultures and their fusion. A travel diary combining and assembling colours, volumes, fabrics, and embroideries.
As a legend goes, a box filled with children’s clothes made of fine lace and bright fabrics had escaped from the boat and washed ashore. This crate that arrived from the “old world” was discovered by the people of Mexico, who, without understanding the form and purpose of these garments, were fascinated with their materials and colours. The “new world” men used them as accessories, thus giving life to what they named “Resplandor“, meaning brilliance.
In this collection, a family of boleros inspired by floral bouquets and by nature’s architecture, has a quality of body ornaments, adapting to any morphology. These pieces are a tribute to the past, the know-how of 16th century tailoring, while also carrying an avant-garde dimension due to their sculptural structure; they are conceived of layerings of geometrical elements.
Description of some of the garments: Cut lace techniques for fabrics and for leather. Long printed and pleated dresses.  A snake-bird with its silk organza feathers scales, forming trousers and a short jacket. The sacred leopard with its spotted fur is reconstructed with embroidery and superimposed fabrics; the thread stitching surrounds and blocks the spots, as if to create a precious barrier around each black outline of the fantastic skin.
Nature’s uncontrolled colour combinations blend with tamed down tones of the old world: mandarin, papaya, chalk, creamy white, night black, mint green, magenta, cochineal.