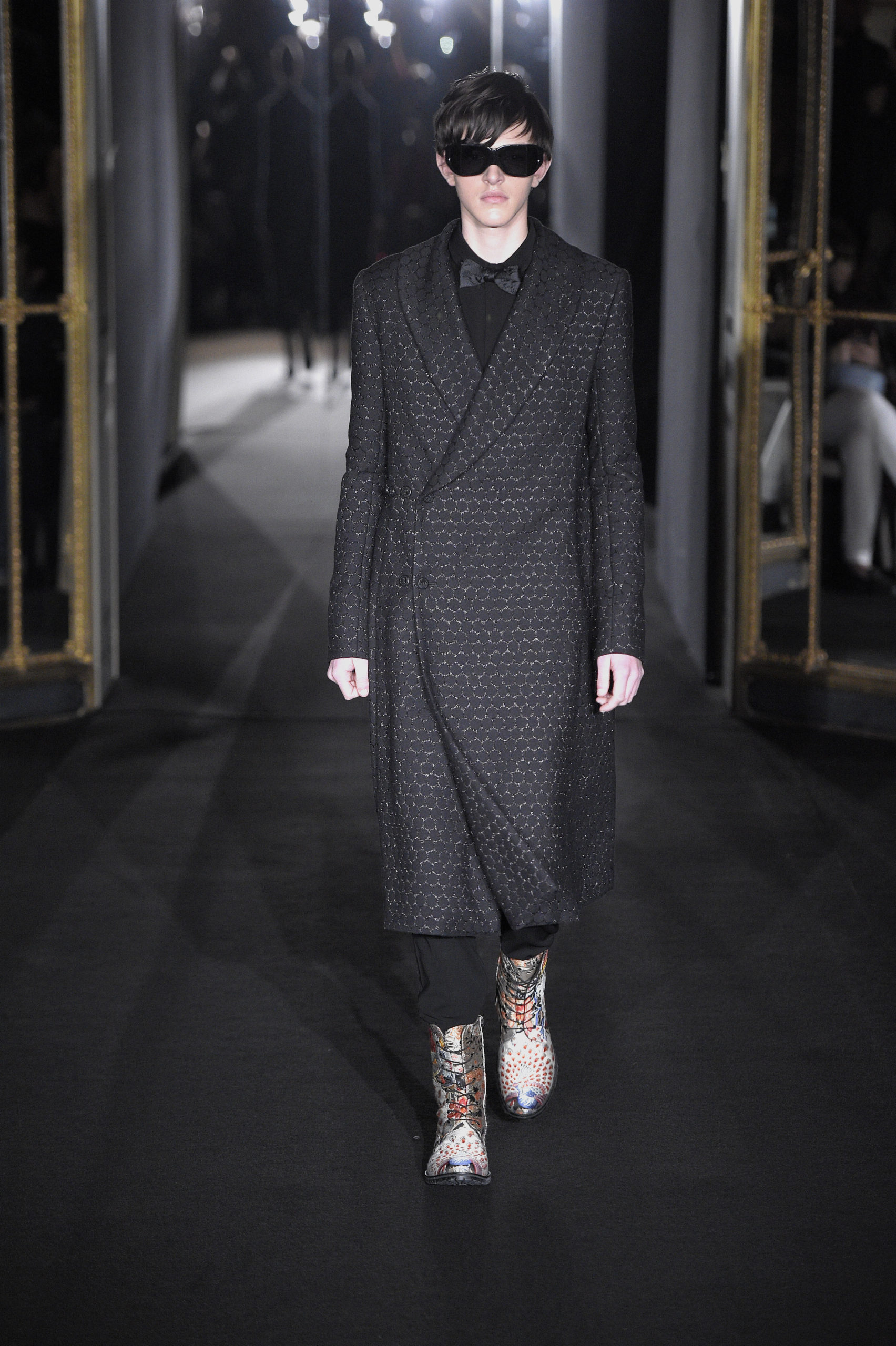 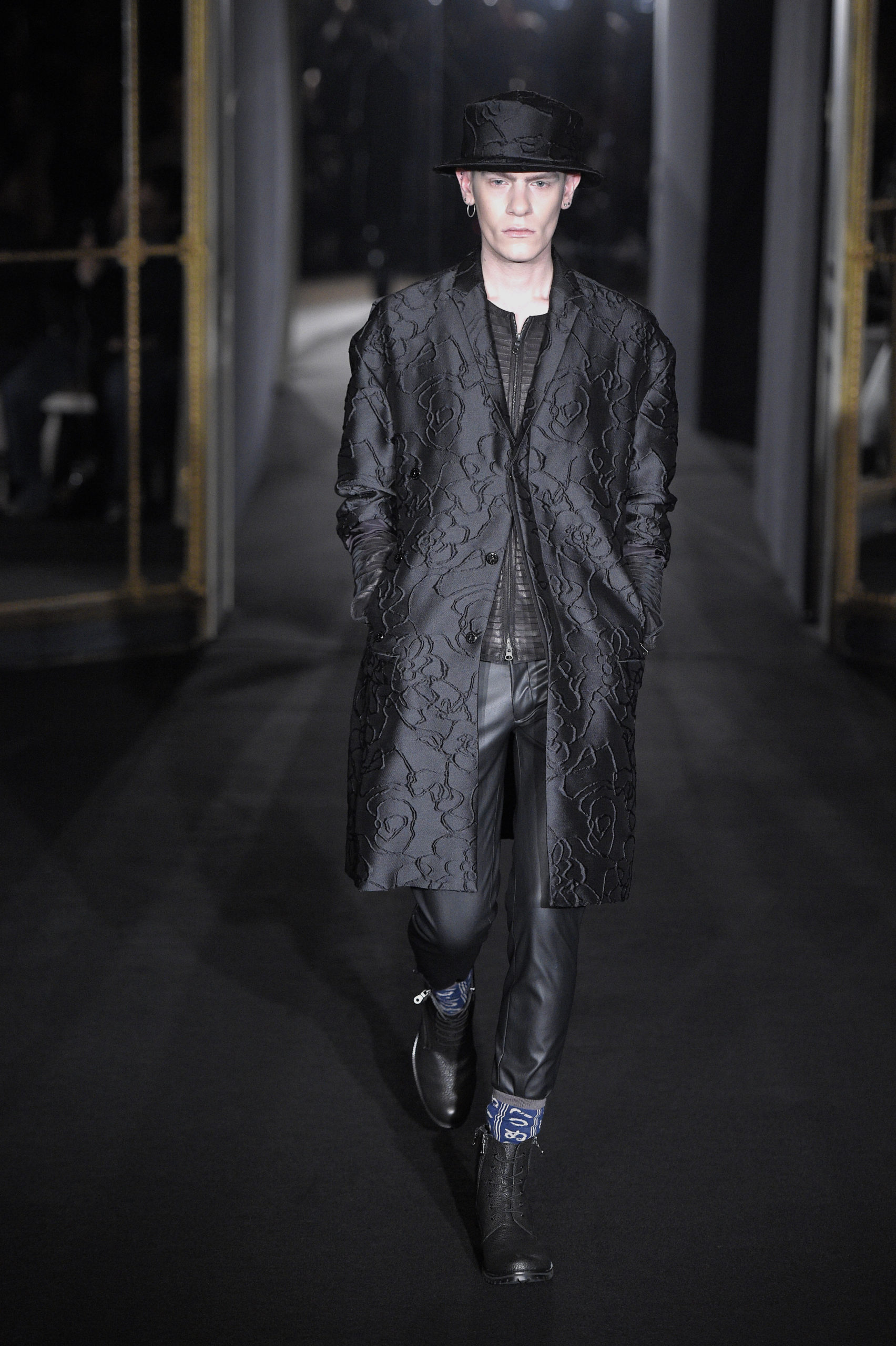 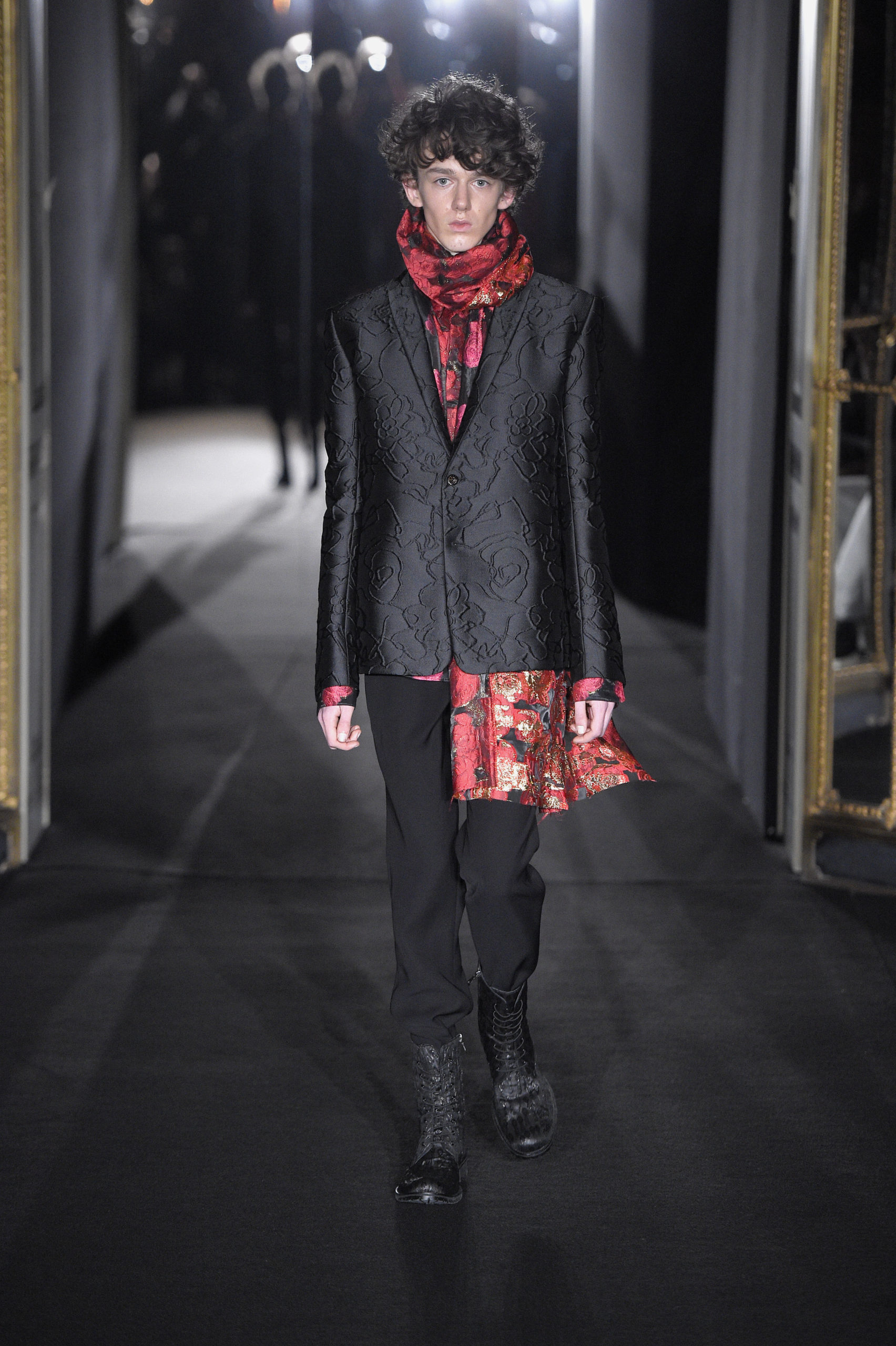 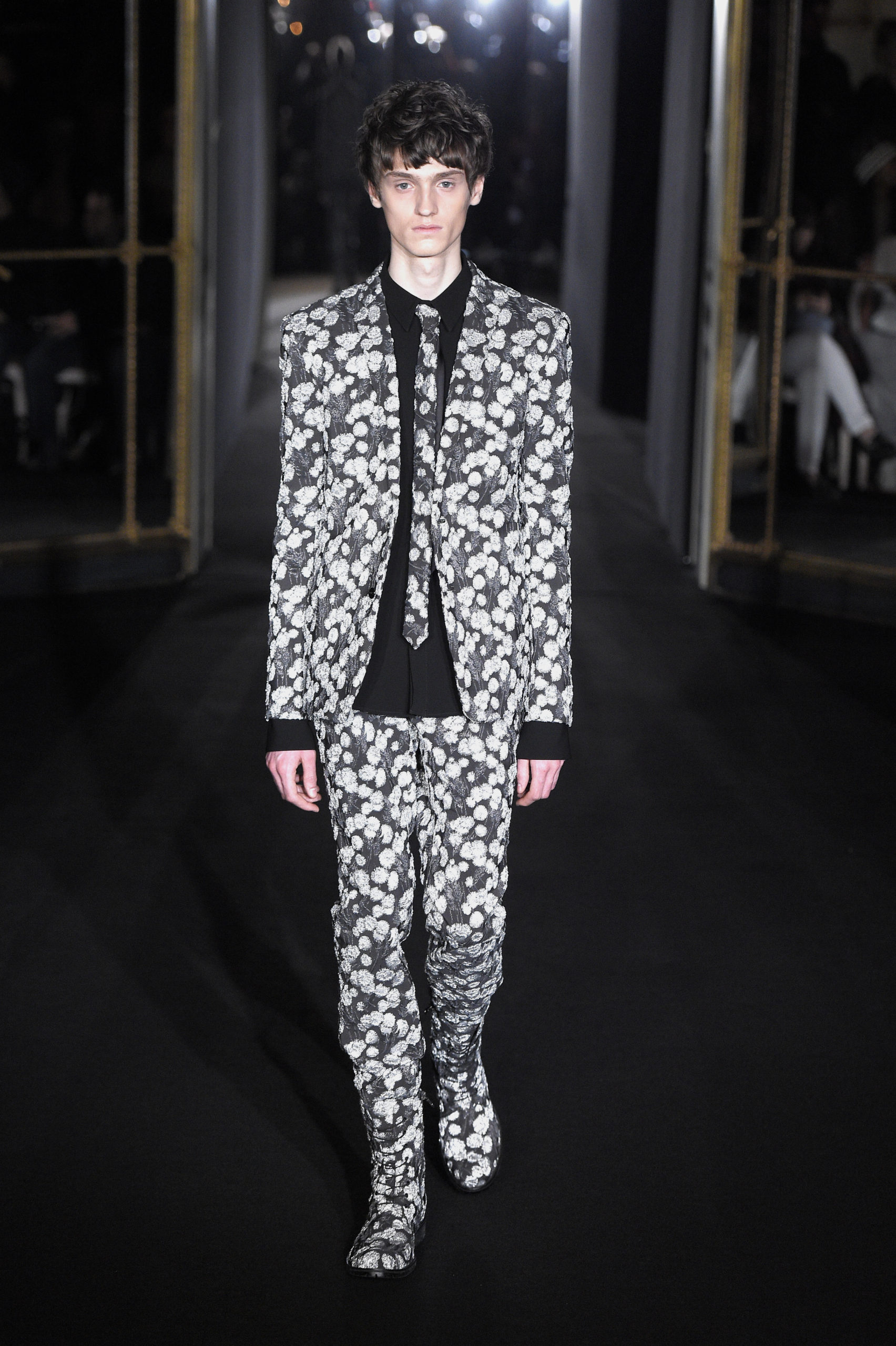 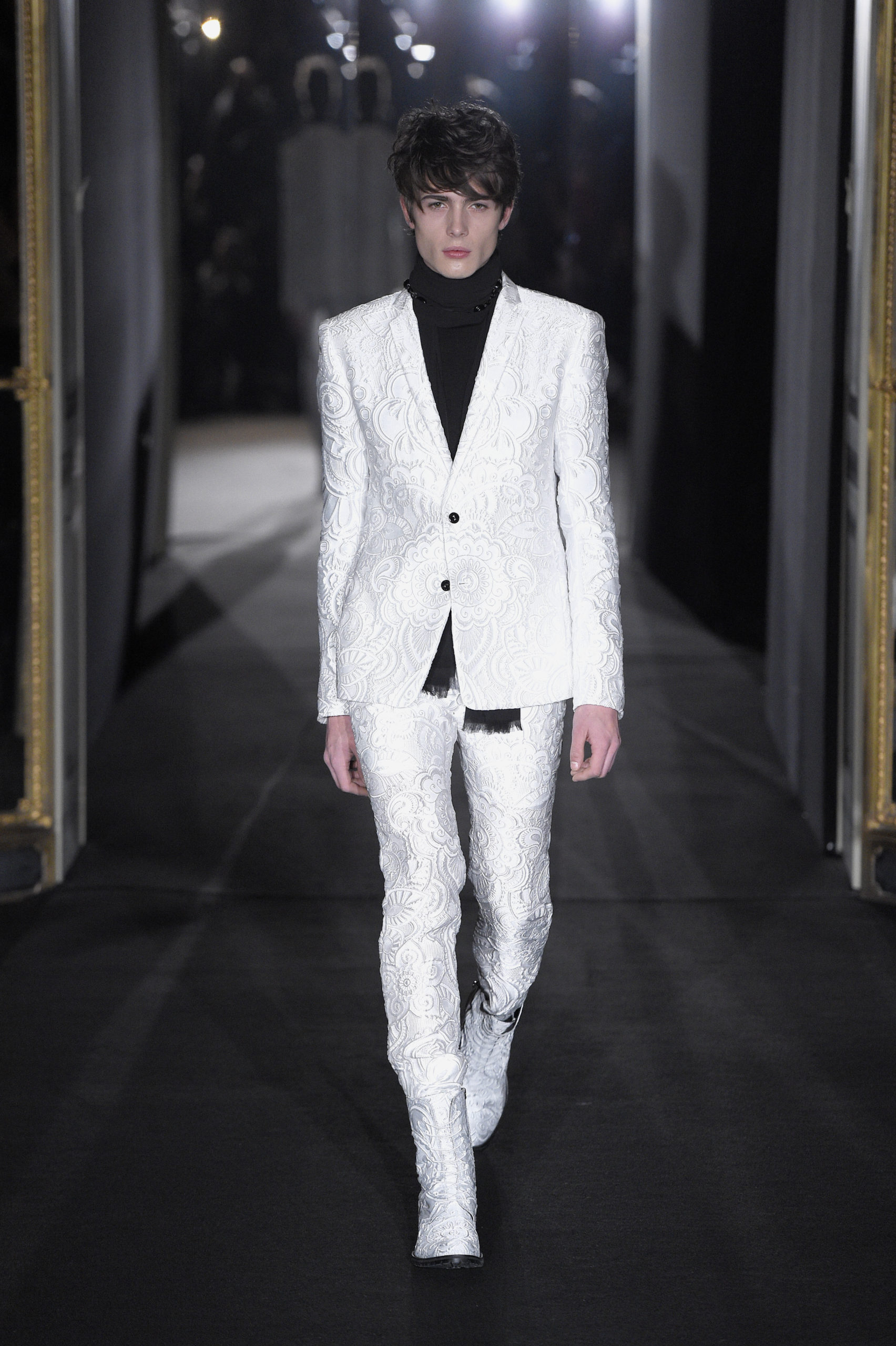 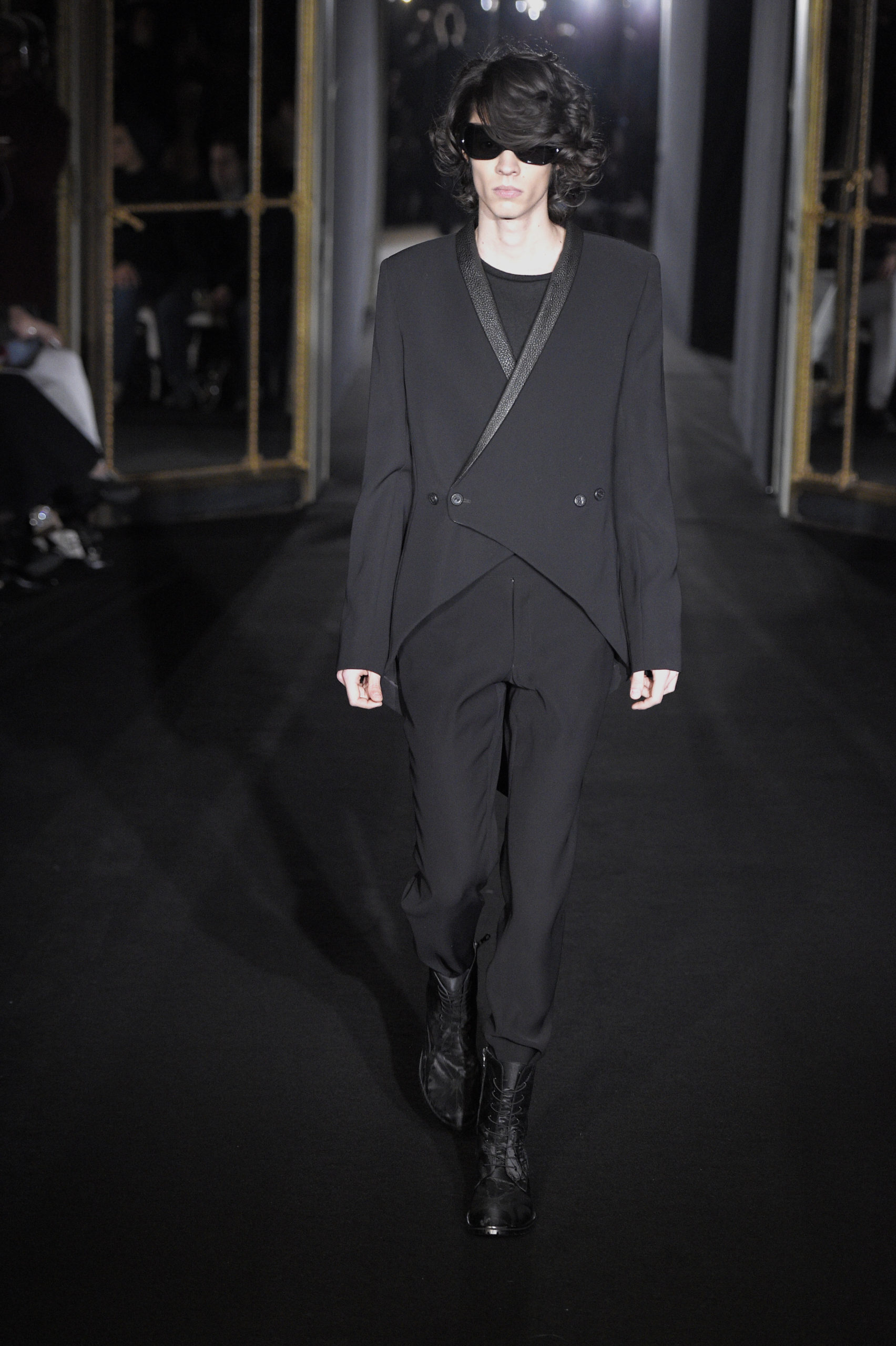 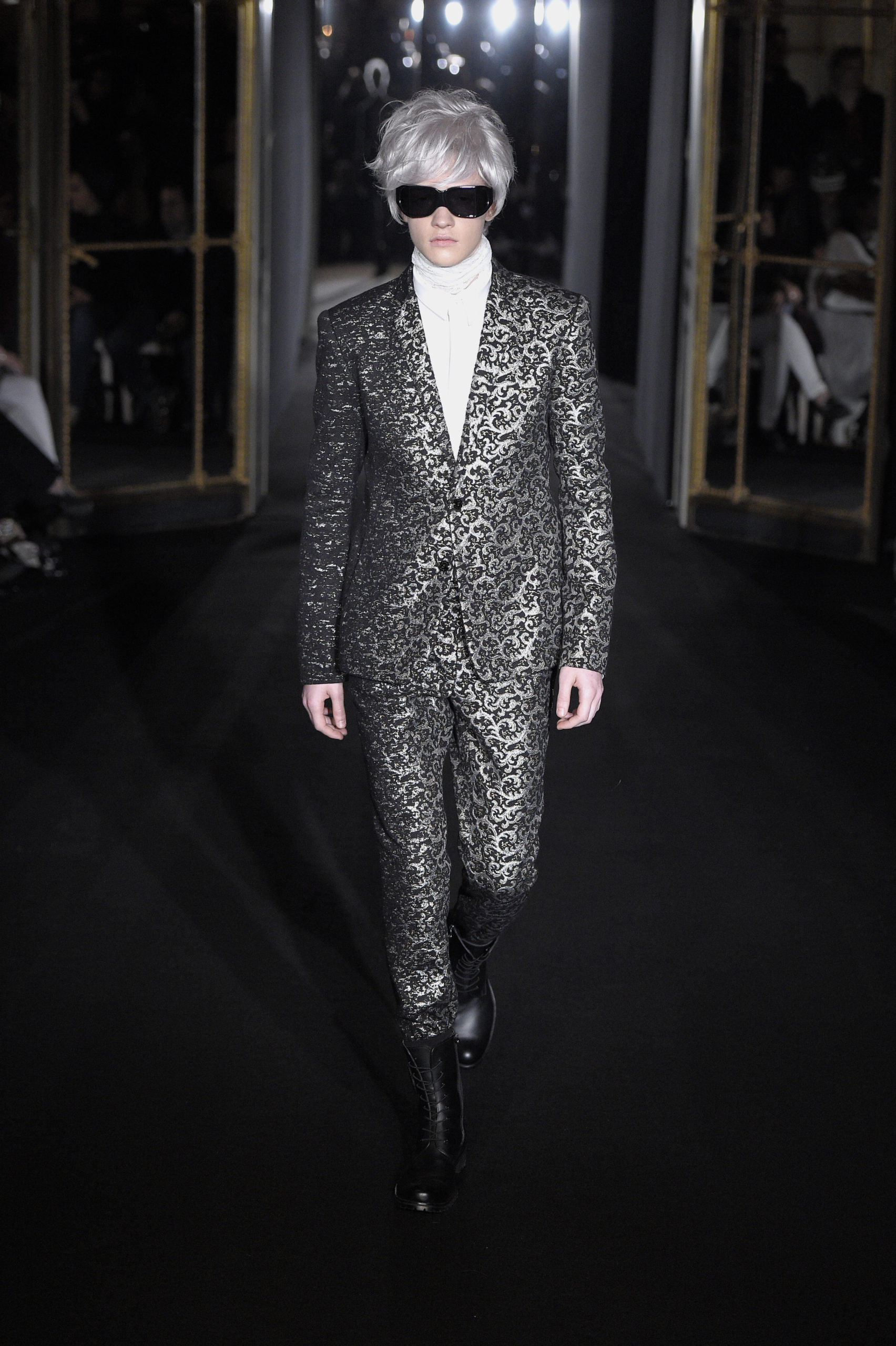 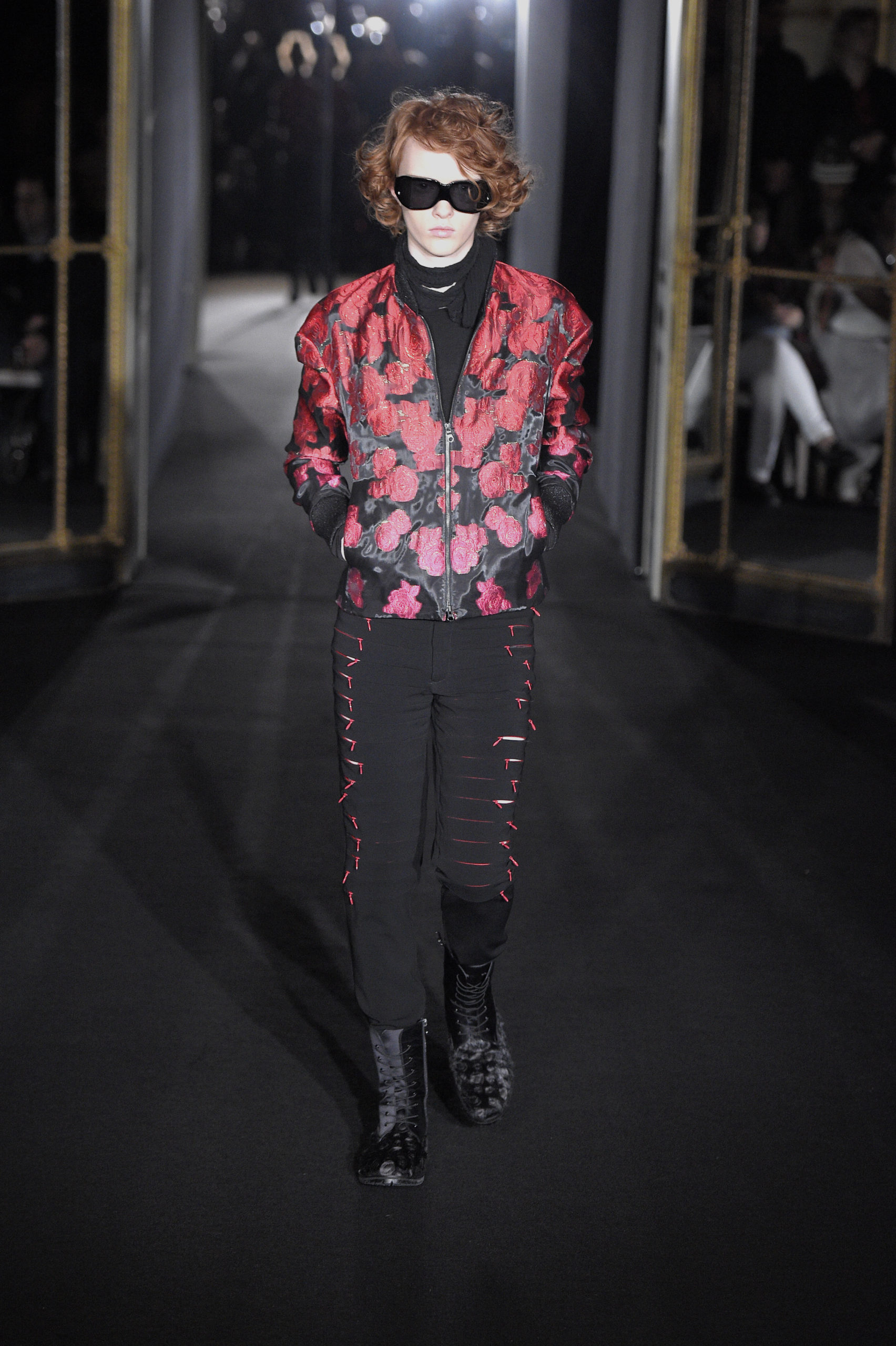 Rynshu returns to his origins and takes back the name under which he had made his debuts during his first Parisian fashion shows.

The theme of this Autumn-Winter collection is the Japanese-style modernity. He used this expression ” to fulfill its wishes ” to express his wish of continuity in the creation.
This season the tailoring style of RYNSHU is inspired by the classic kimono ” Tomesodé “.  Using an ingenious system of buttons lined up in the horizontal, pieces can be worn in close-fitting or in oversize and very casually. Following the example of the traditional kimono, Tomesodé sleeves ingeniously acts as pocket. The boots express on their own the Japanese-style modernism, in silk jacquard loom traditionally used for the obi belts of kimono.
The couture-style of RYNSHU plays this season with the visual effects. The black comes into a variety of fabrics arisen from the weaving of 4 materials, in embroidery of oval patterns such as small pebbles, in embroidery of cotton flower on woolen drapes or in black Swarovski which sublime the fabrics. Flowers appear in relief like jewels on black wool gabardine or glitters.
The hat comes to sublimate the outfit. Less high than a traditional hat, it comes and plays with the fabrics.
Augmented reality sunglasses complete the outfits.

The character created by RYNSHU, MAJI-KUN, is going to be developed in the United States as in Europe in cartoon, movie, merchandising and on digital media, through an excluvise contract of 45 years concluded with Aaron Walton of WALTON ISAACSON.
RYNSHU started the creation in 1985 with MA-JI CREATION.
In 1992, the house became MASATOMO INC and developed the couture style for men until becoming RYNSHU.
To return to its origins and to the history of the house, the designer takes the name YAMAJI RYNSHU, into the Japanese written form full of meaning.