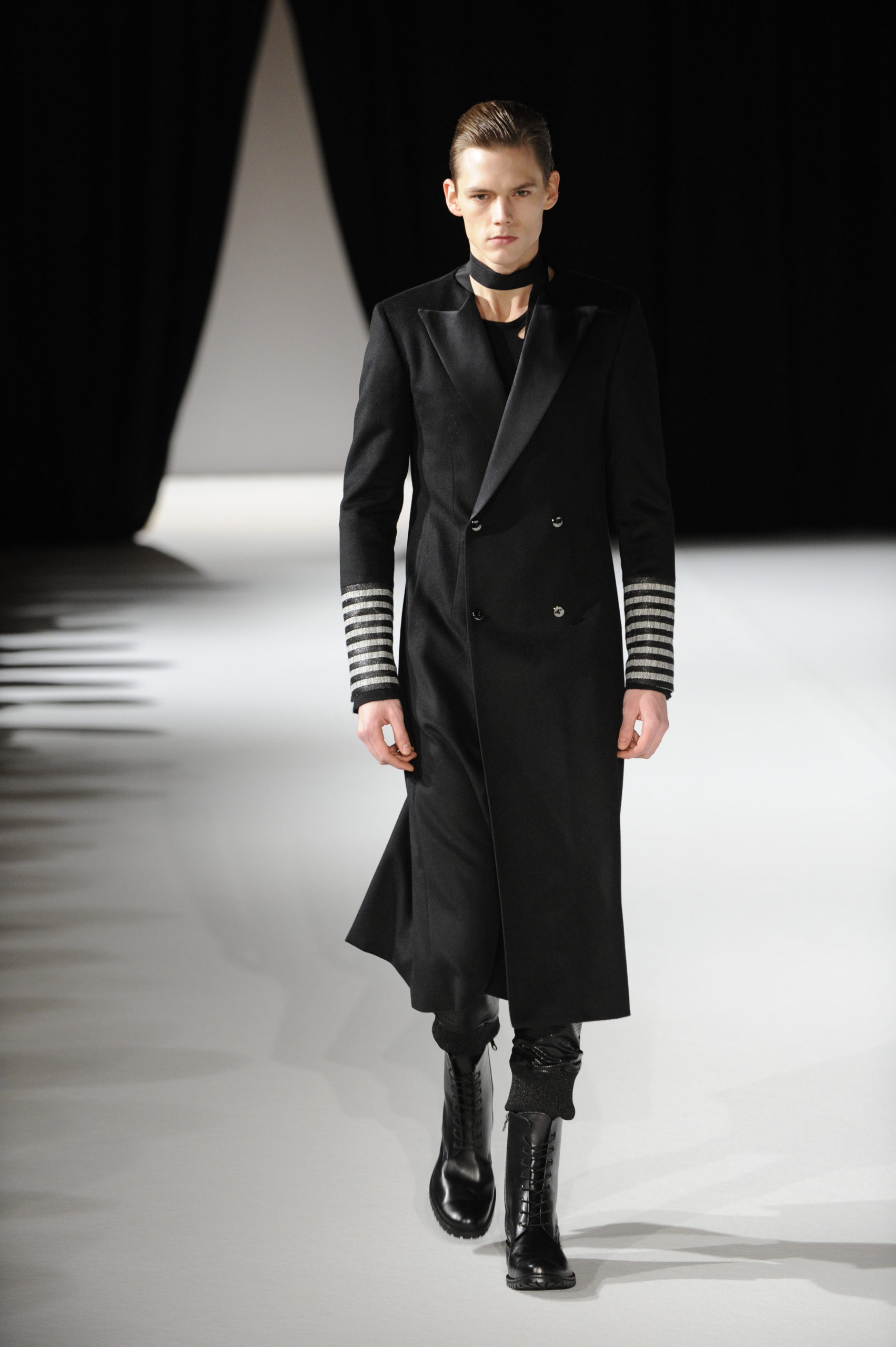 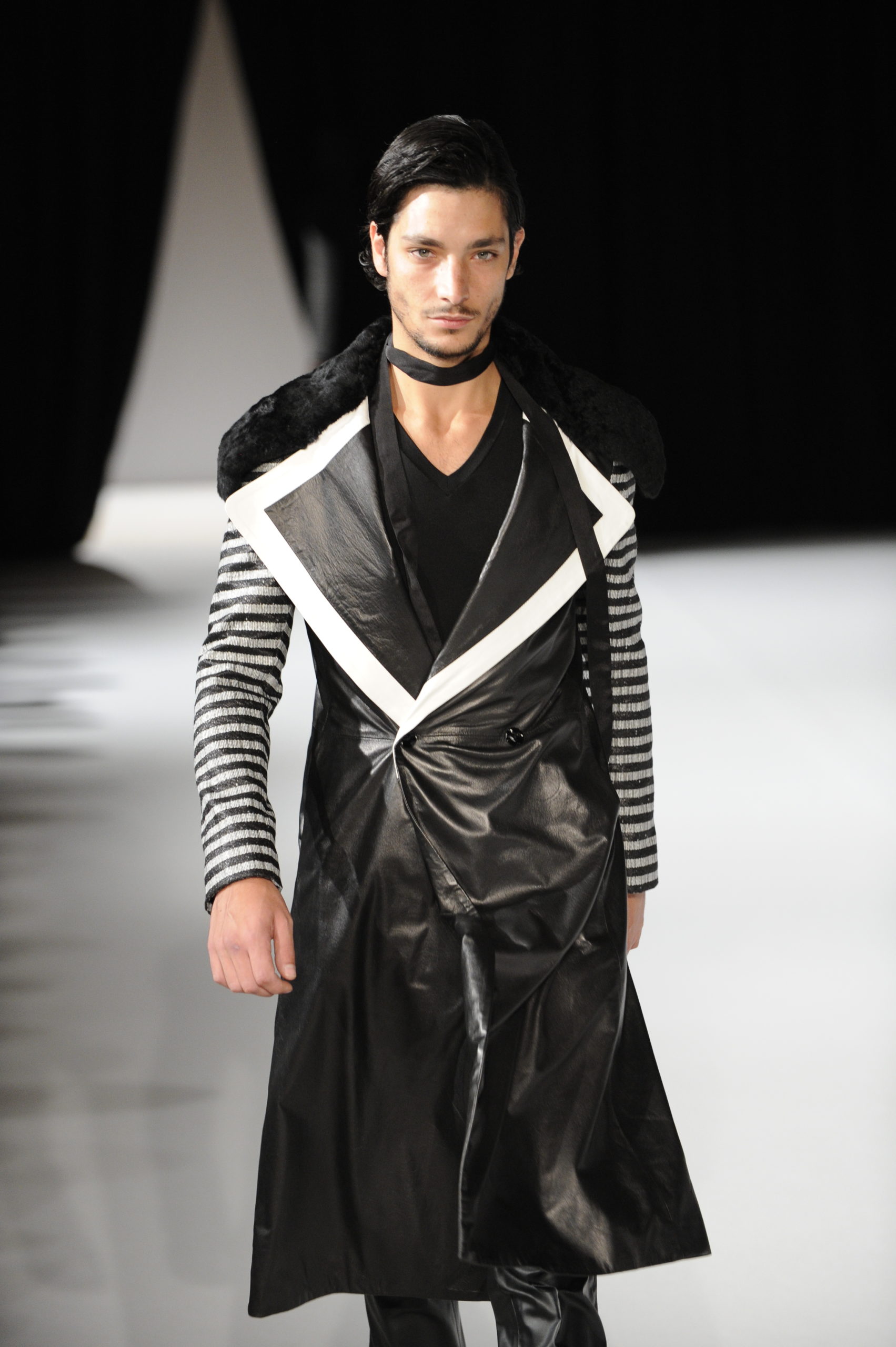 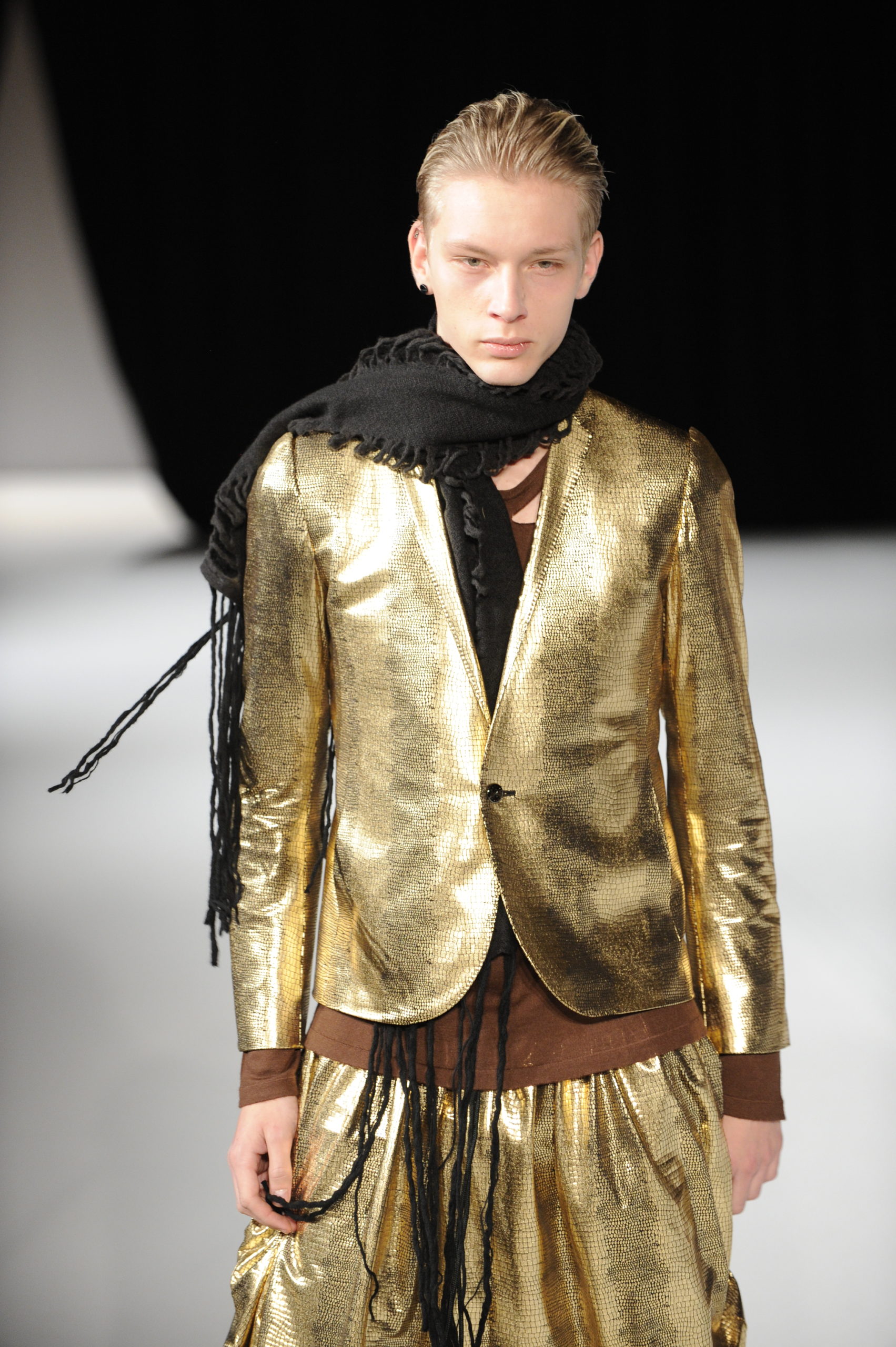 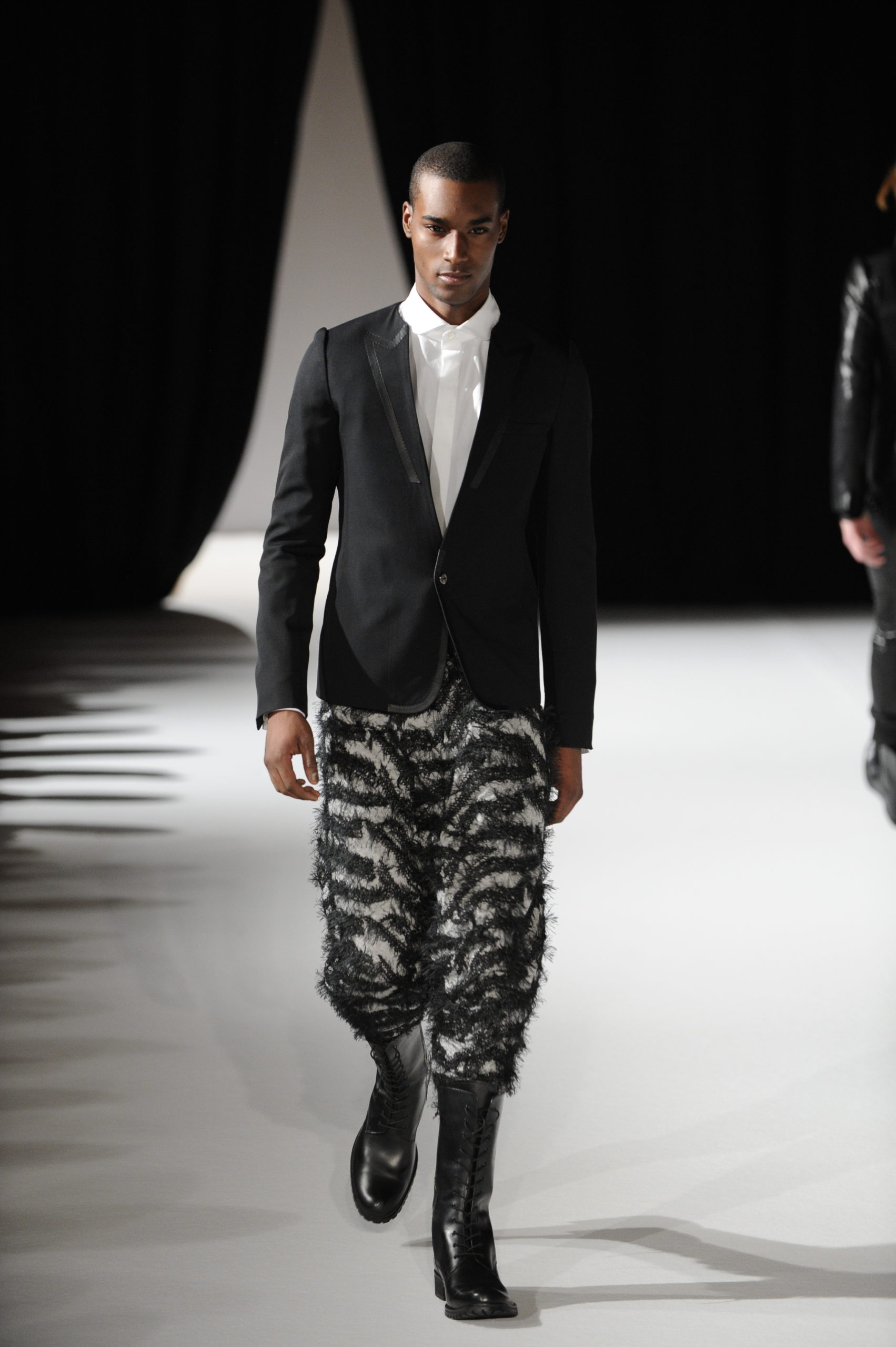 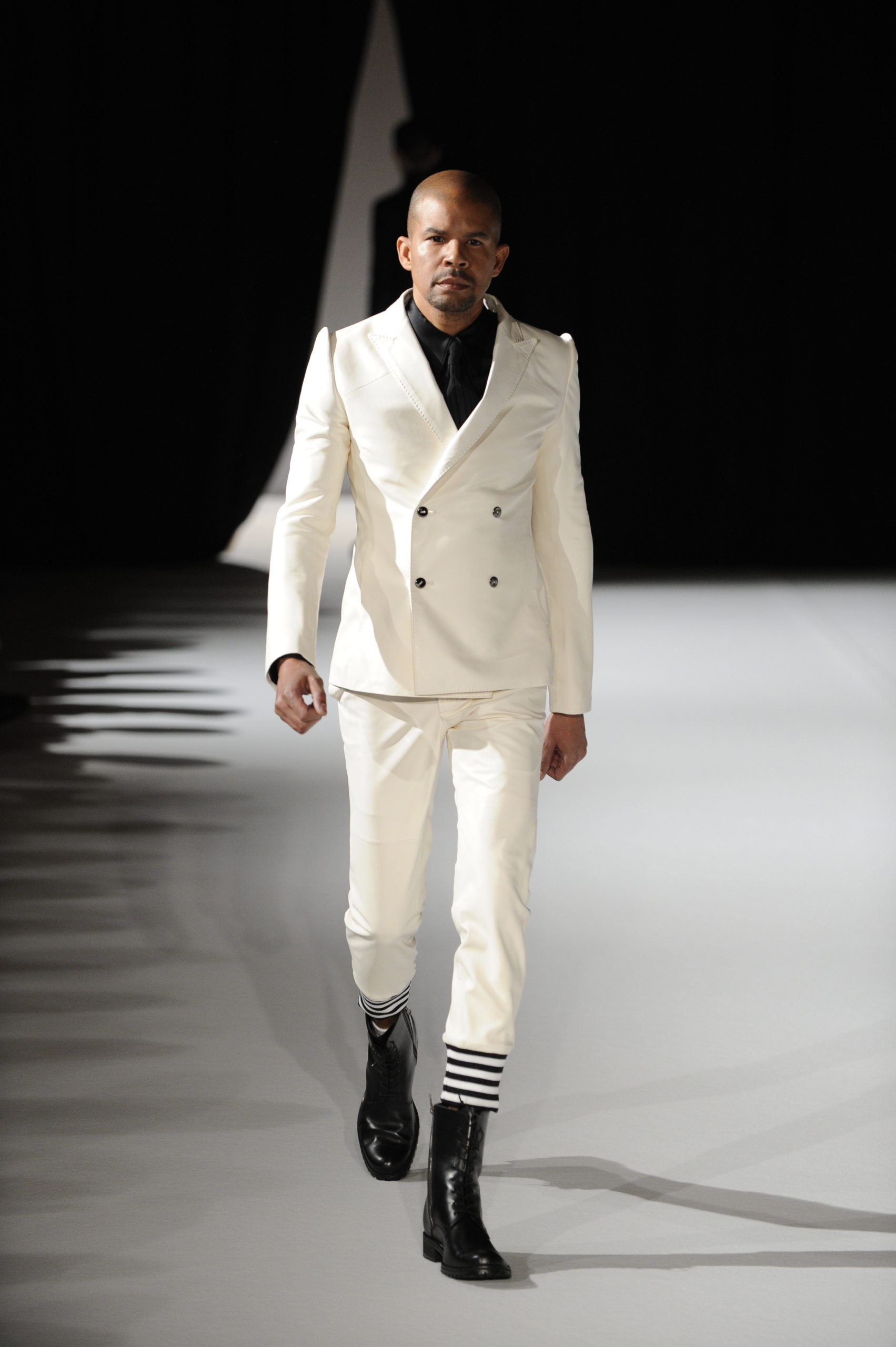 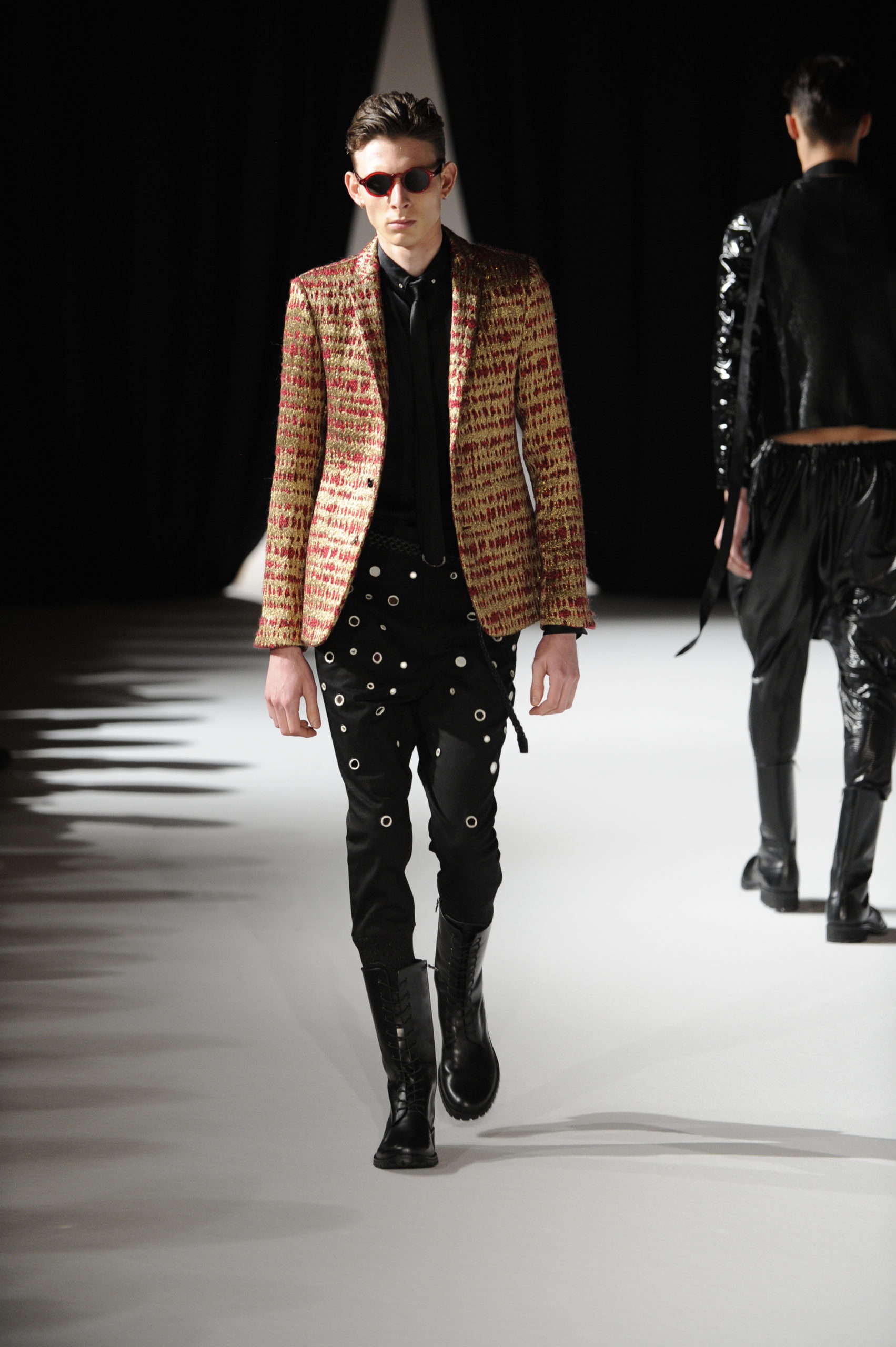 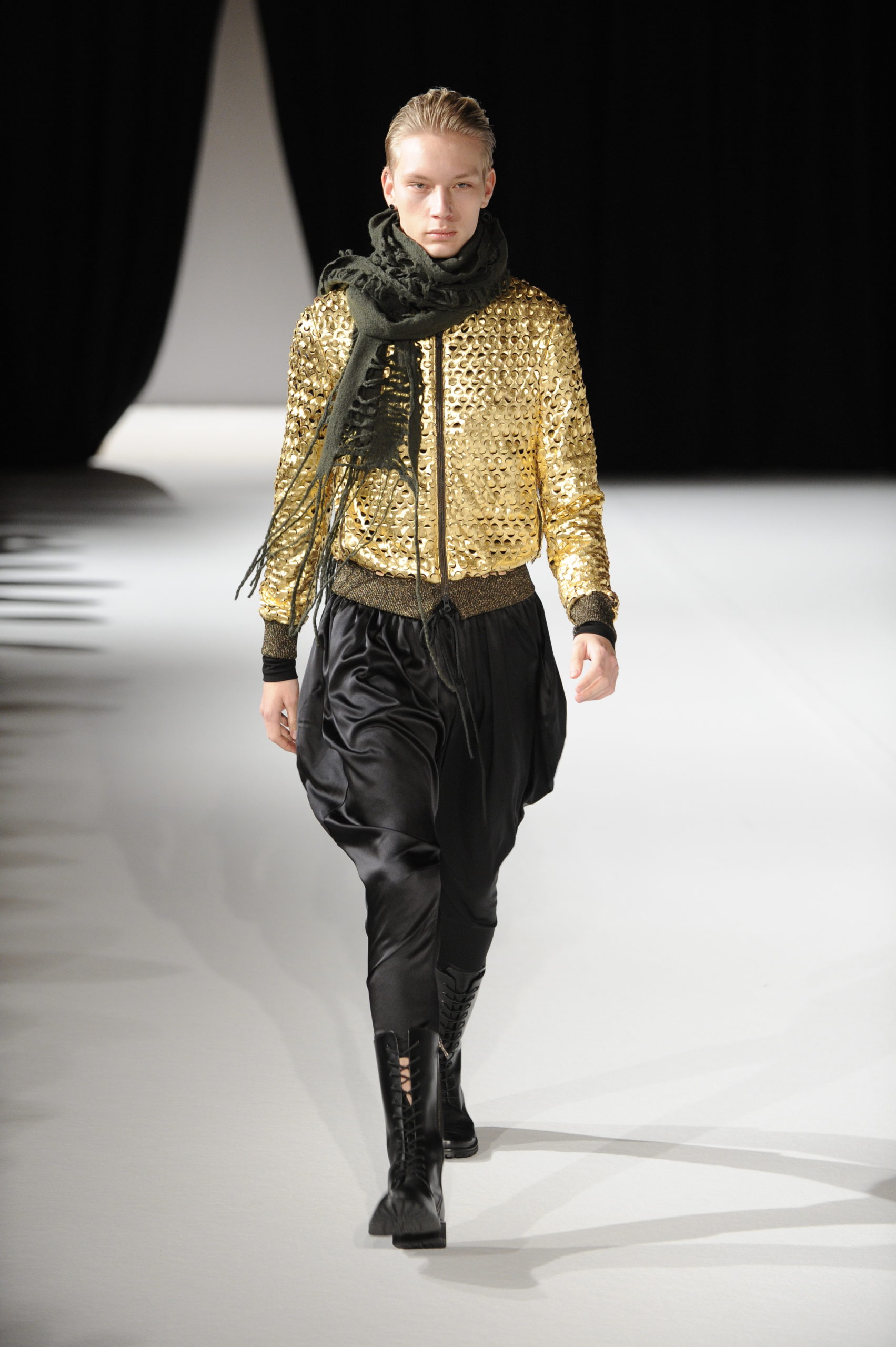 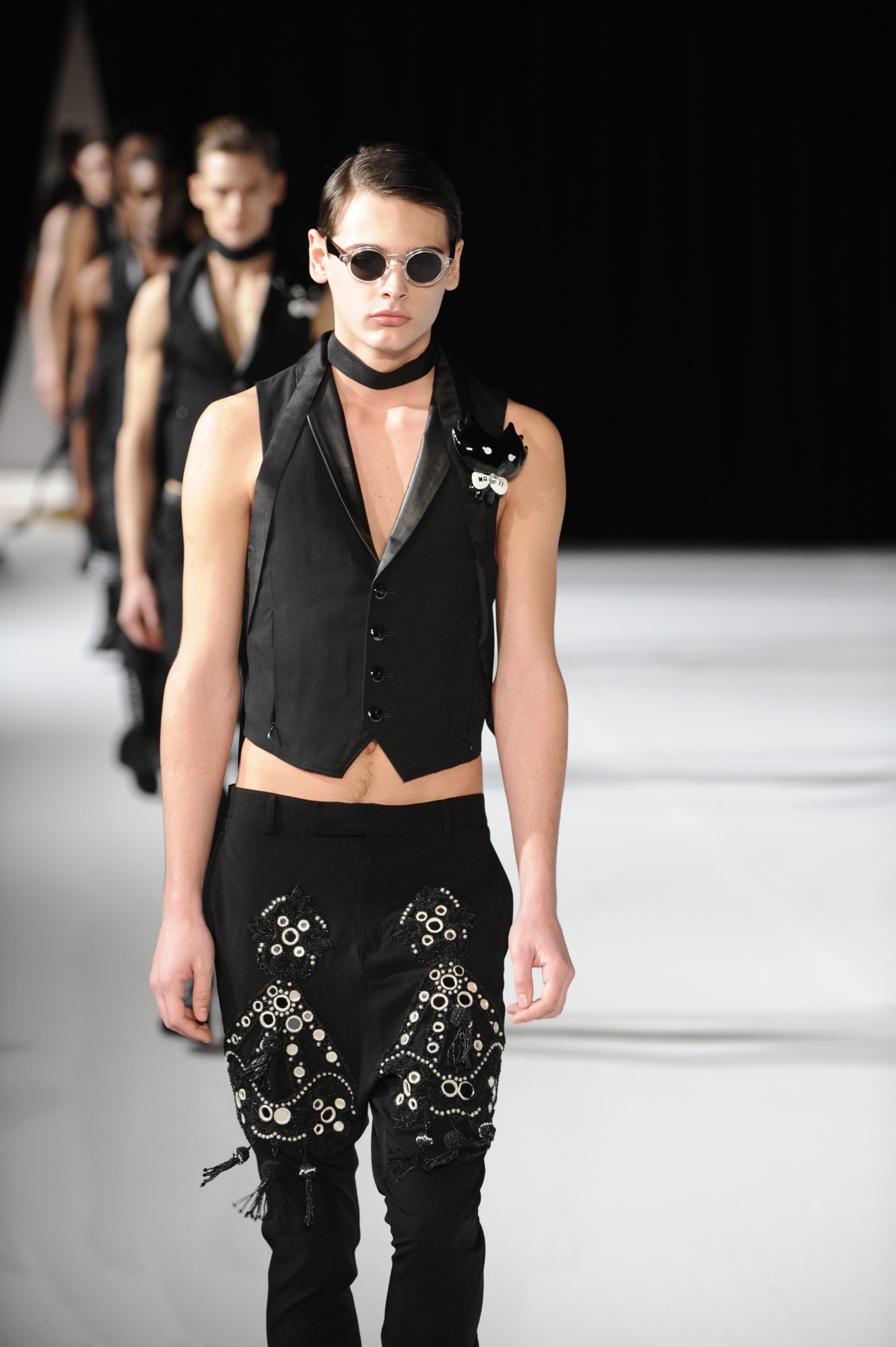 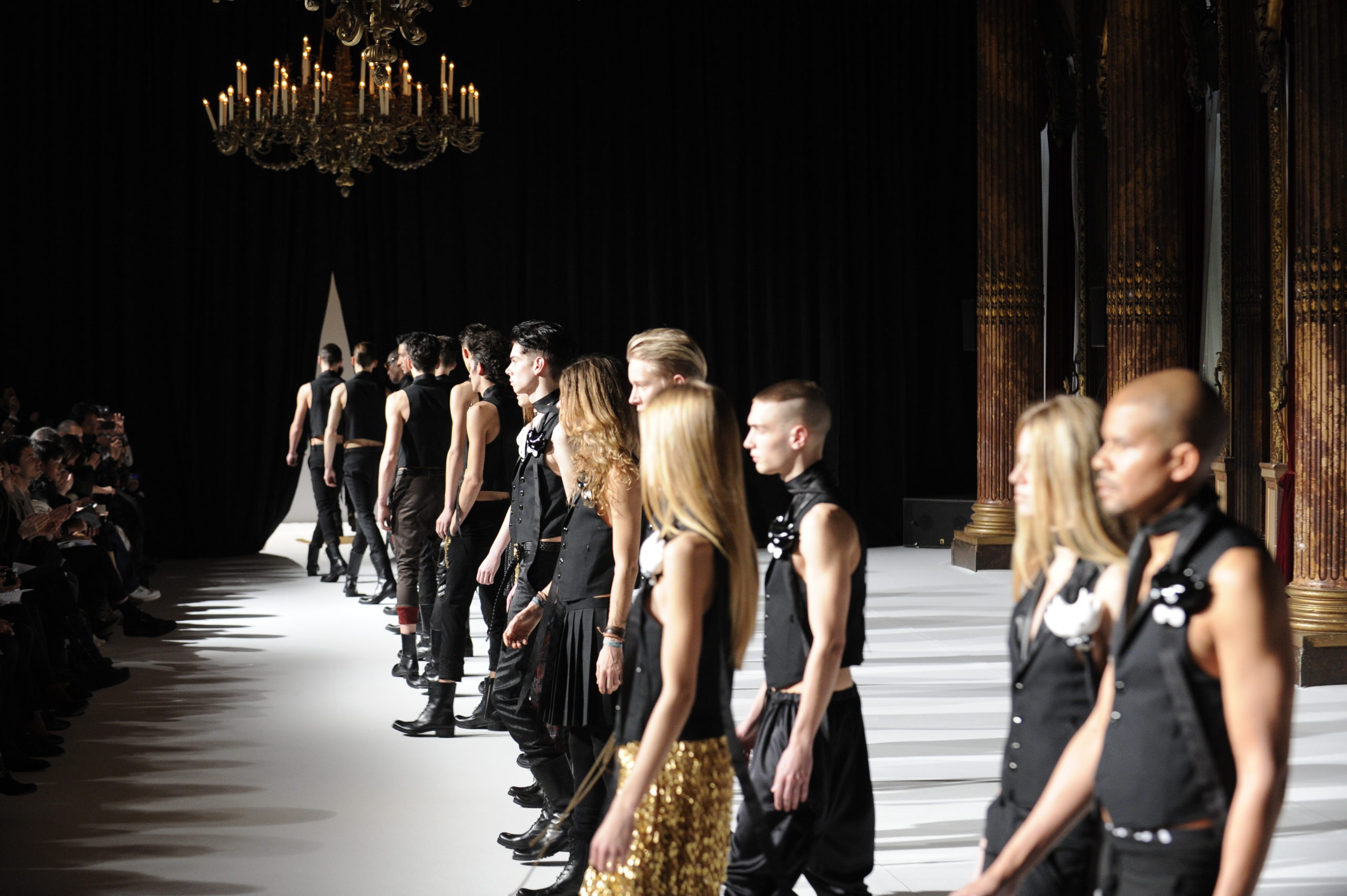 BLACK LEGEND
In 2012, RYNSHU does his 41st show in Paris and celebrates his 20th anniversary. For this occasion, RYNSHU  launches a movie, a book and a small mascot.
This visual art novel entitled « BLACK LEGEND » will be published in France, China and Japan in their respective languages.
In addition to this, RYNSHU’s movie 9 ¾ (« nine three quarter »,starring actress Rio) should be presented at the Festival de Cannes in may 2012. (writter, Producer and director :Rynshu) Rynshu also wrote the screenplay of the movie « U » (« An alien is right by you »). It unveils the story of Rynshu’s mascot, MAJI-Kun, a 3.4’’ alien (that you will discover at the end of the show ), he is human beings’ friends and grants wishes. This scenario will be adapted in a cartoon in China.
The company QINGDAO ReY.S CULTURE &MEDIA will market MAJI Kun, a nice mascot cool and rock’n’roll, targeting the generation that saw the birth of HELLO KITTY.
« BLACK LEGEND »’s theme is the main thread of RYNSHU’s Fall-Winter 12-13 collection.
For this collection, RYNSHU created twho original fabrics : one is a tweed made of black lamé and white thick thread and the other is a tweed made of gold lamé and red thick thread ; he associated both these fabrics to other materials such as cashmere, spanish lamb leather, a leather/suede with a really particular touch, coated suede, velvet-polyester, shearling, astrakhan and mink.
The golden and precious aspect of the red tweed is strongly highlighted as well.
The designer also used gold lamé (perforated or « crocodile » pattern) by hints on the rims of the front and cuffs of a jacket as well as for the making of some pants.
As for the pants, RYNSHU created drapped harem pants and casual cropped pants with  ribbed knit at the bottom. They are either bulky or skinny and all unisex.
To keep in mind: a big hood, a big fur collar, the narrow cuffs of a jacket, a  jacket’s « trompe-l’œil » collar , the subtle use of white leather , the « Mirror pants » along with a jacket and a coat with a “pillow-collar”.