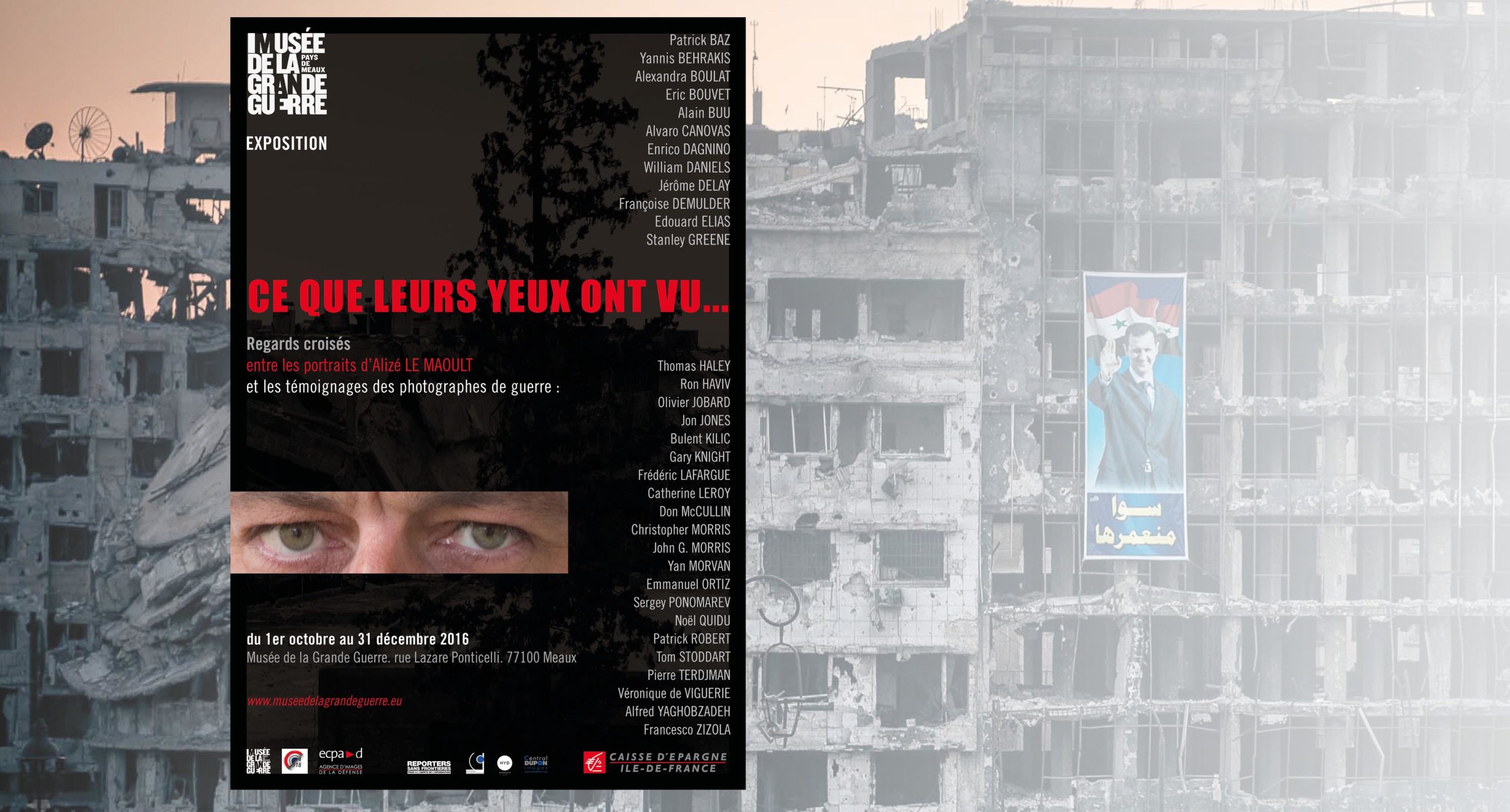 What their eyes saw

Sarajevo has given me so much, it is a fair return…
It all started in 1995 at the end of the conflict in ex-Yugoslavia, the first war in Europe since 1945, where the cinema takes me to Sarajevo on the shooting of Ademir Kénovic’s film “The Perfect Circle”.
This human experience will mark my spirit and my senses for life. There, I take the measure of the war and its consequences. There I meet those who bear witness to the dramas of the inhabitants of this multicultural city. These photographers who give us a glimpse of History. It is through their eyes that we experience contemporary conflicts.
On April 6, 2012, I return to Sarajevo to attend a strange anniversary, that of the beginning of the war. The reporters are all there. The emotion is immense. After more than three years of siege in this city, the ties that have been forged are strong… I felt the need to meet them again. But this time to paint their portrait. That’s when the idea of the series “Generation Sarajevo” was born. In total, it is about fifty portraits, realized during 9 months, in 9 countries, 17 cities, from New York to Zagreb, through Barcelona and Oslo.
I have continued and extended this work of memory of those who bring us the reality of the world that rumbles, whether in Syria, Chechnya or the Central African Republic.
For each one, I chose a single device, whatever the day or time of the meeting, sun, rain, wind or snow: my Leica and a wall found at random near the meeting place. With one objective: to make a frontal portrait of each of them. Without artifice. The eyes in the eyes.
The wall as a metaphor for cities, built over time, and destroyed over wars.

Open every day from 9:30 am to 6 pm except Tuesday