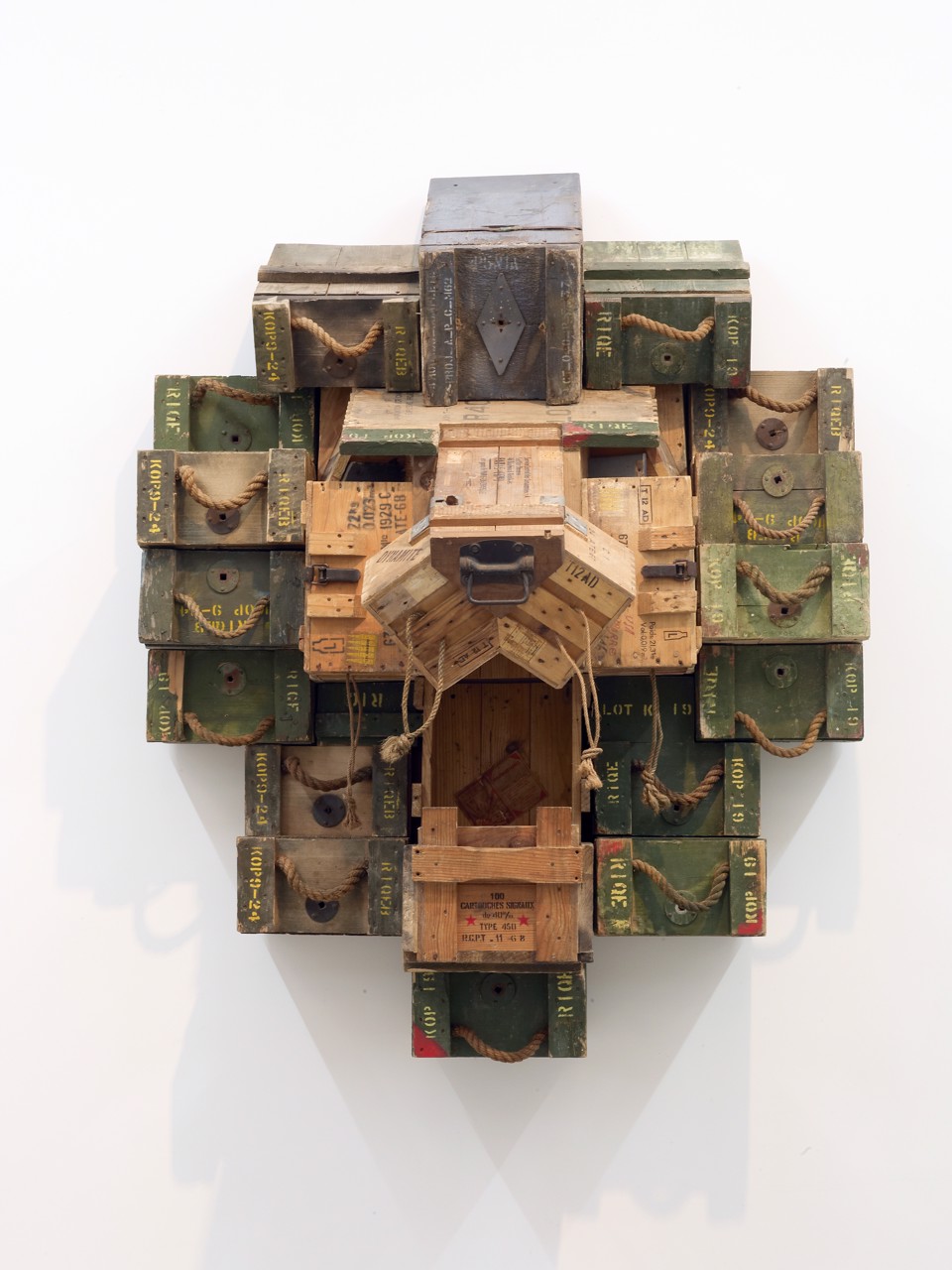 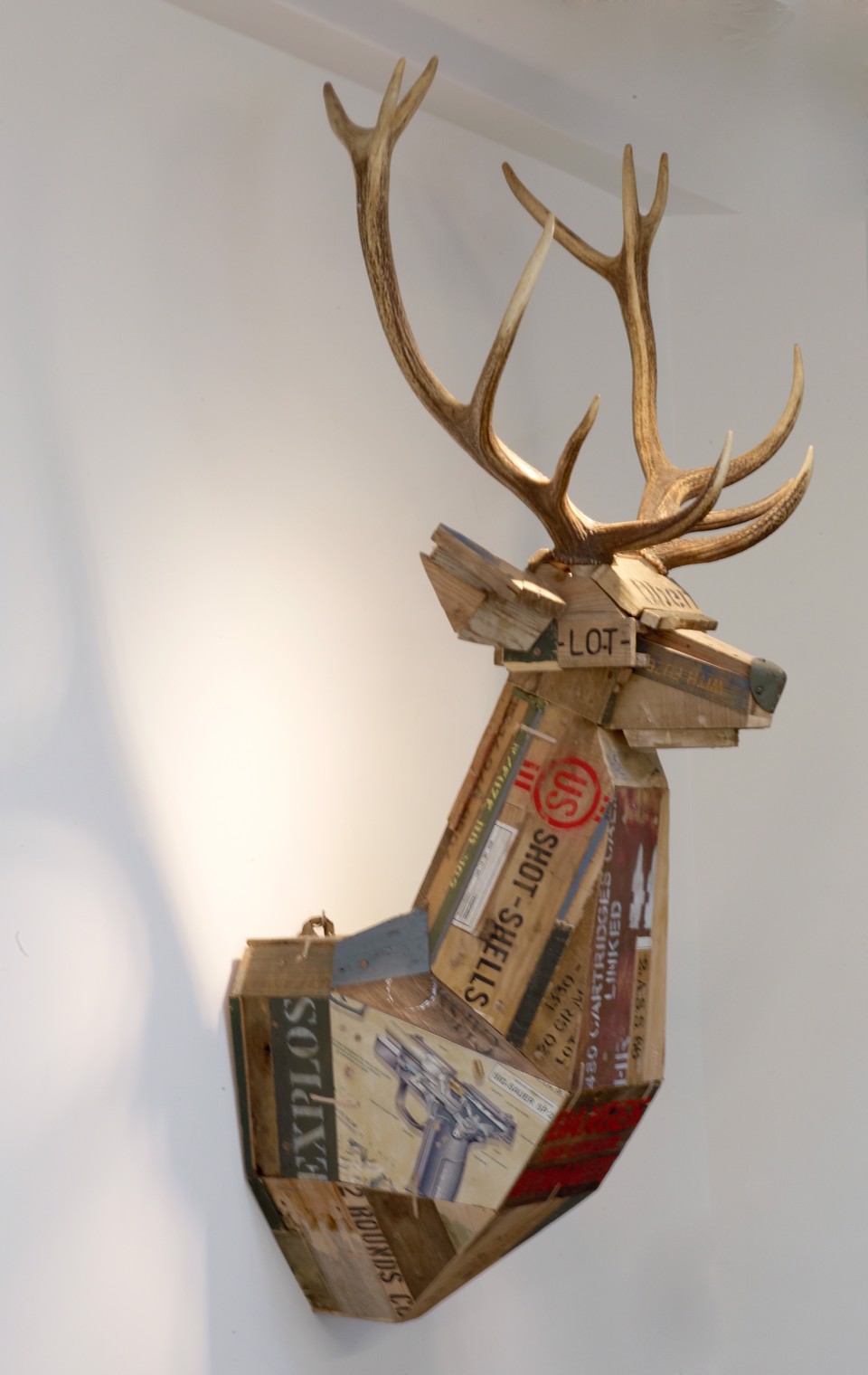 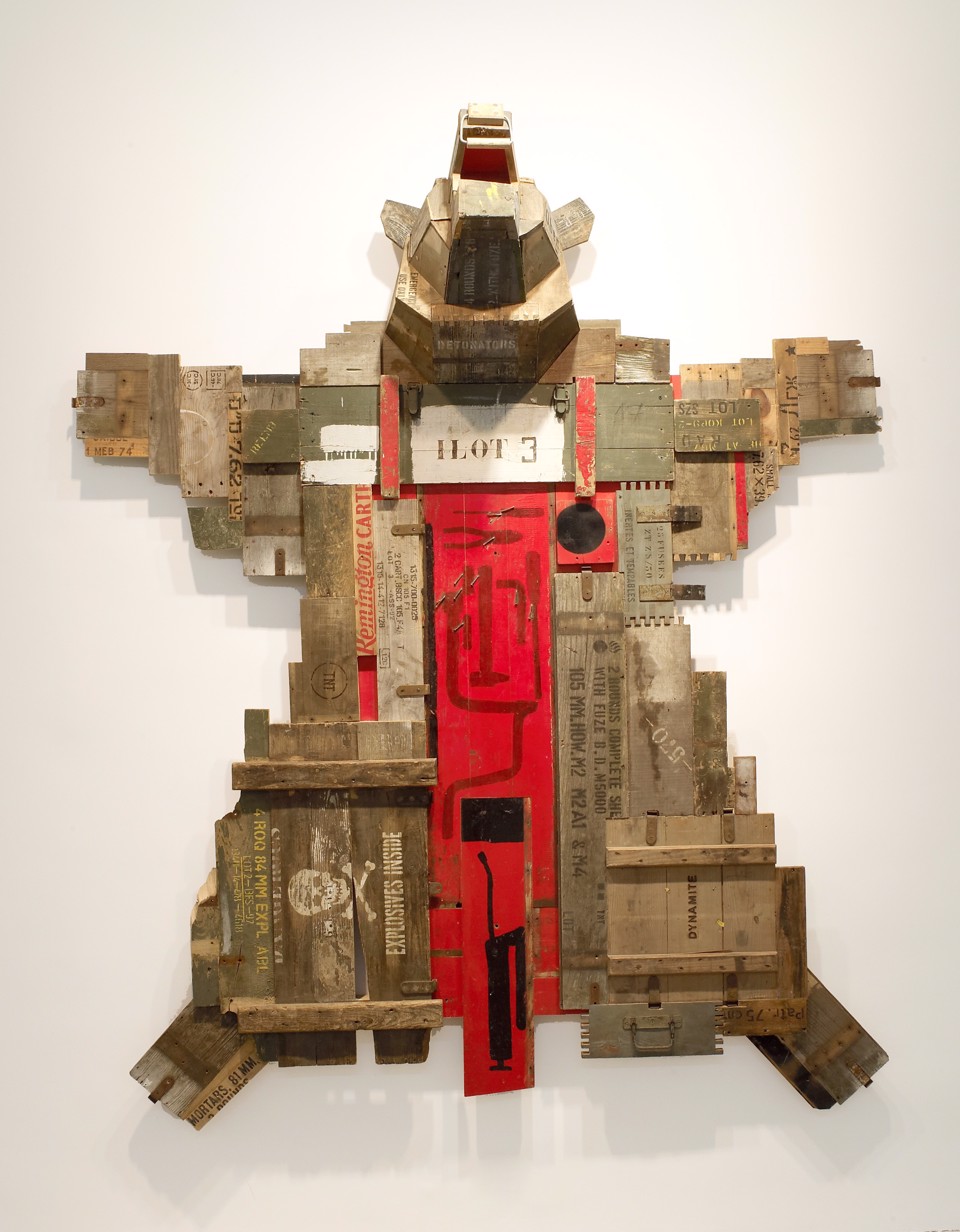 Through the years, I have known Dimitri Tsykalov’s studio in different states. And the artist himself in different states of obsession that, under their multiple forms, were all outlining a same and unique preoccupation. Last time I went to see him, his studio had taken the apparence of a weapon-stockpile, a ammunition boxes stack from floor to ceiling. I pointed out that in modern wars, where steel dominates, wood seems to be devoted to shell boxes and coffins. So many stories come back to memory about soldiers arriving in villages on the battlefront, with their frightened regiment walking between mounds of ammunition boxes and of freshly nailed beers. There’s always one among them, more braggart or superstitious than his brother in arms to shout at the undertaker «Save me the most beautiful one!».