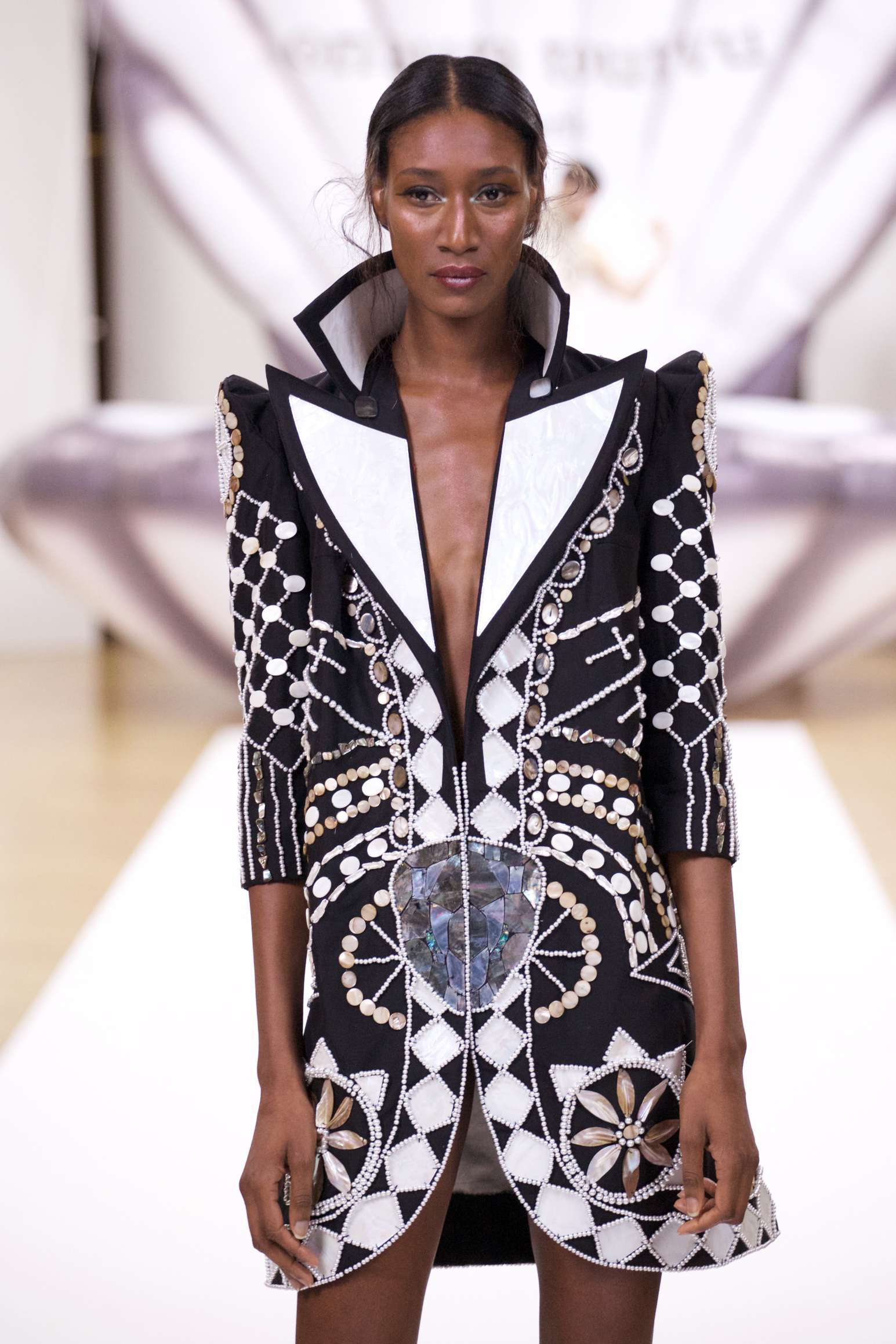 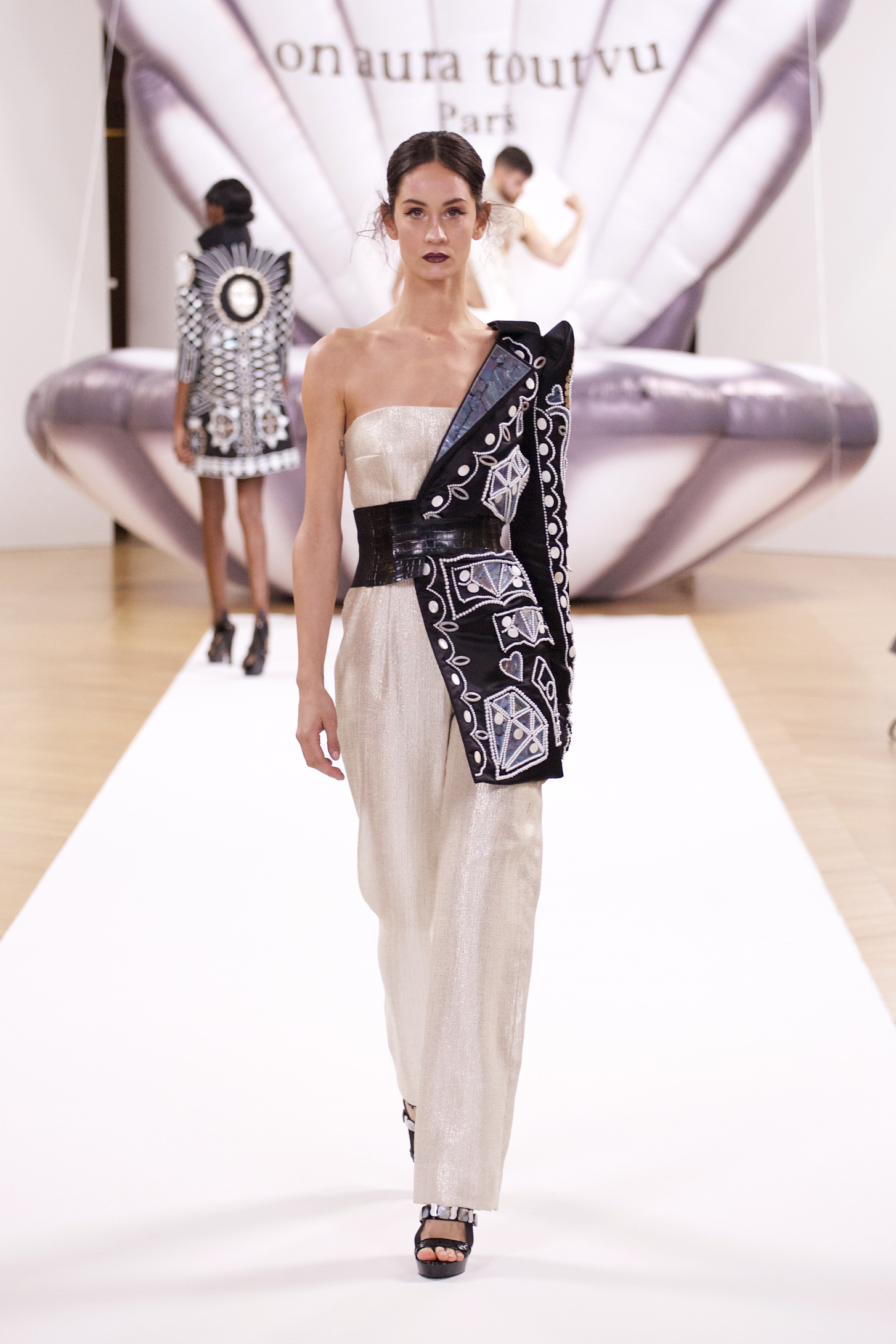 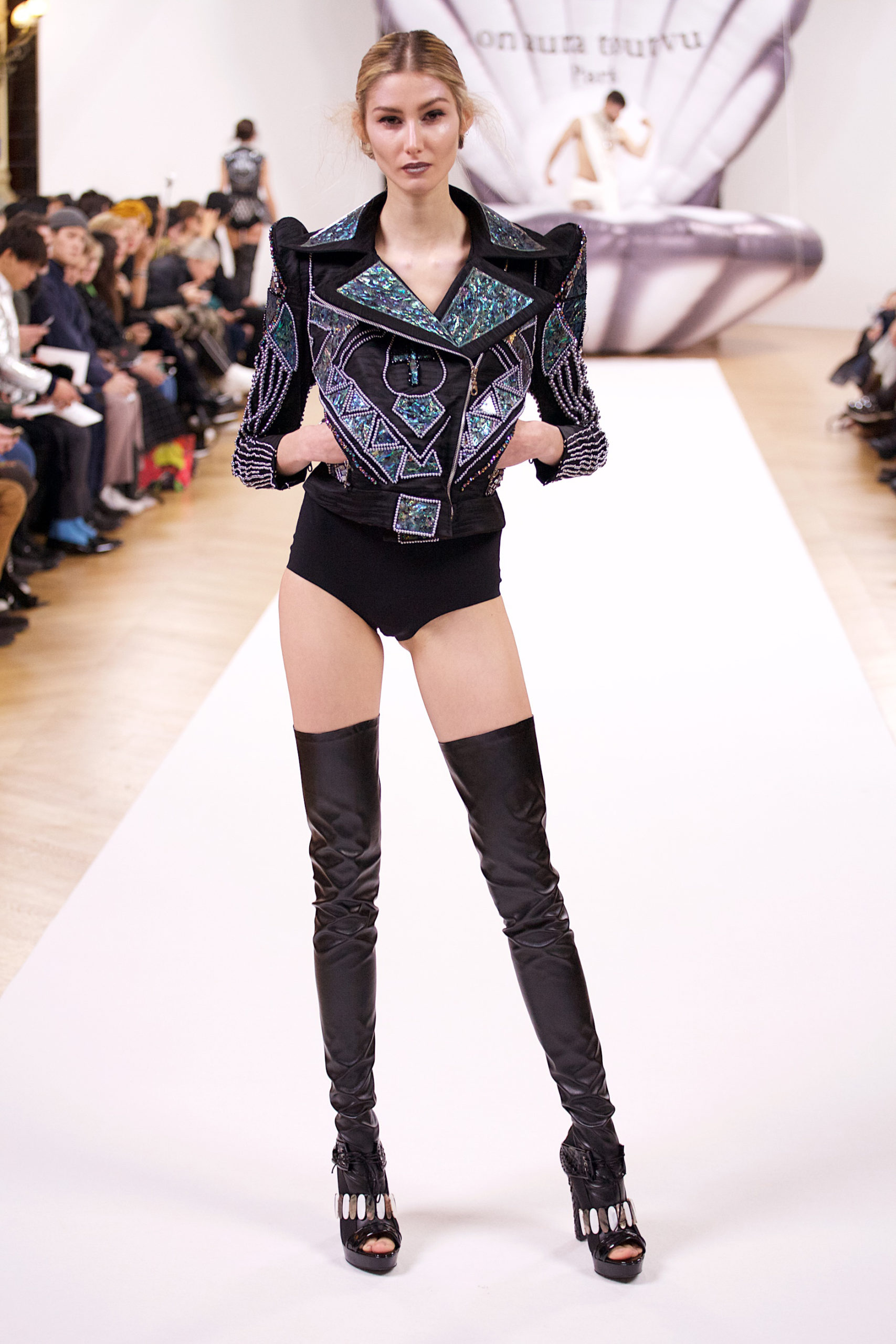 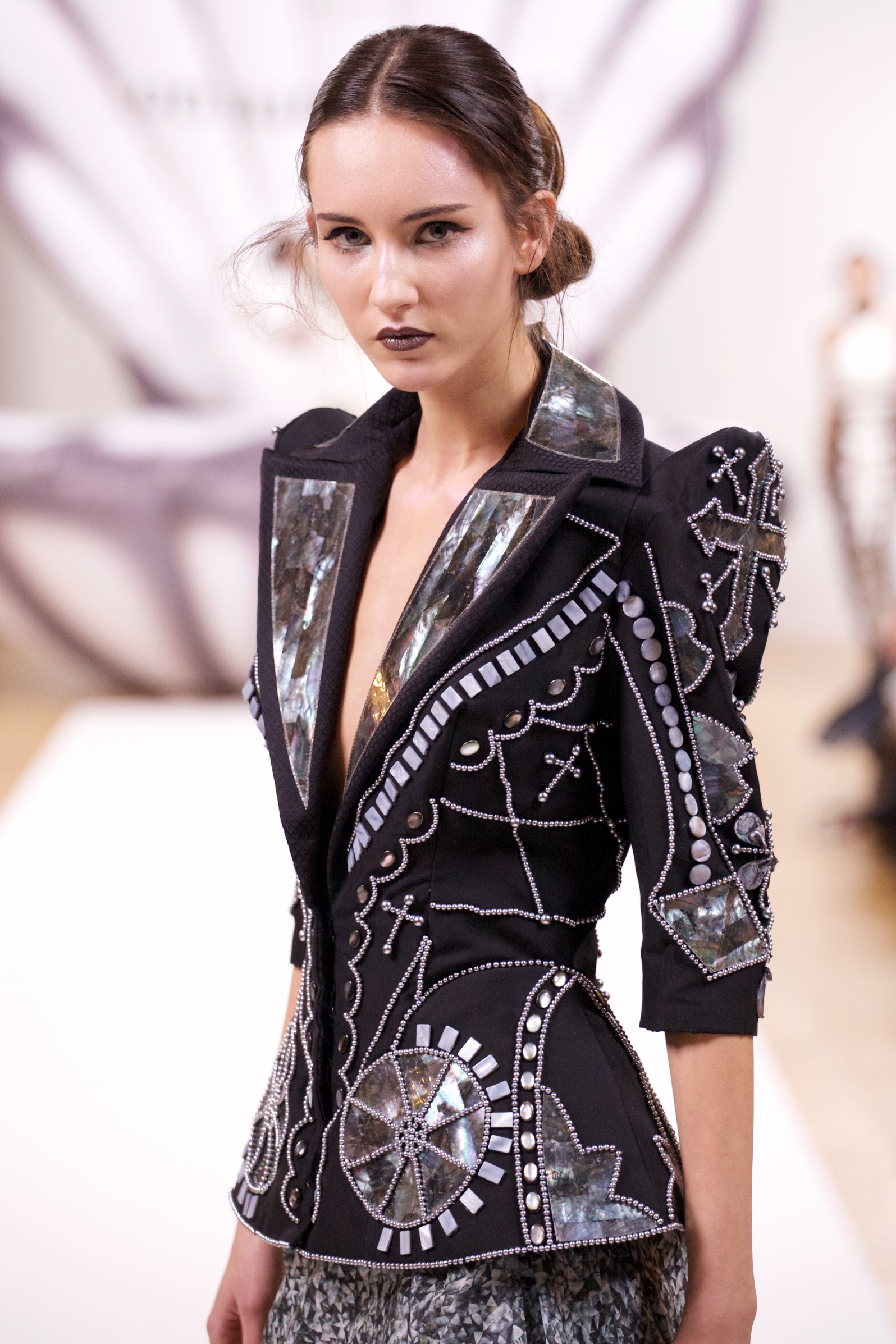 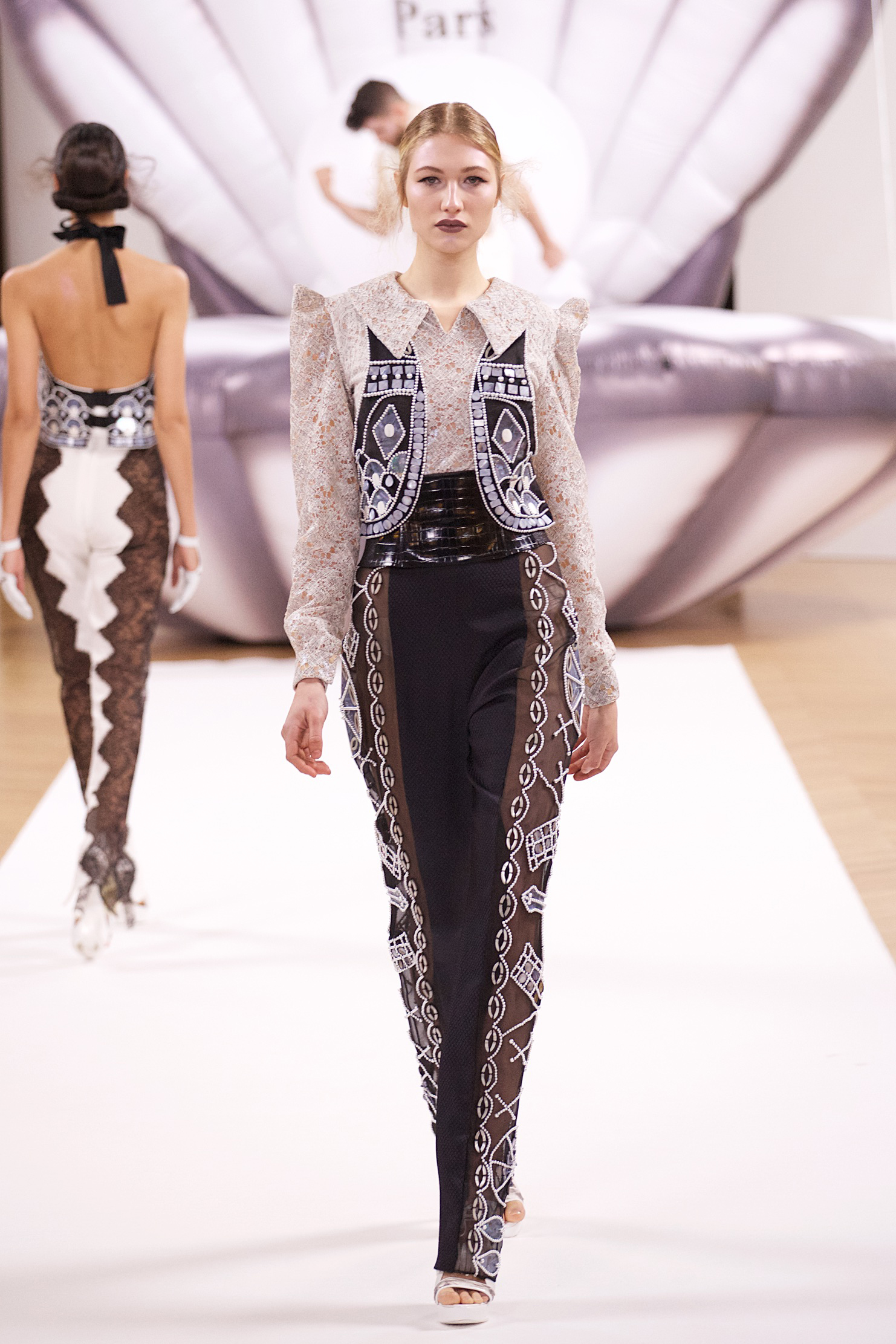 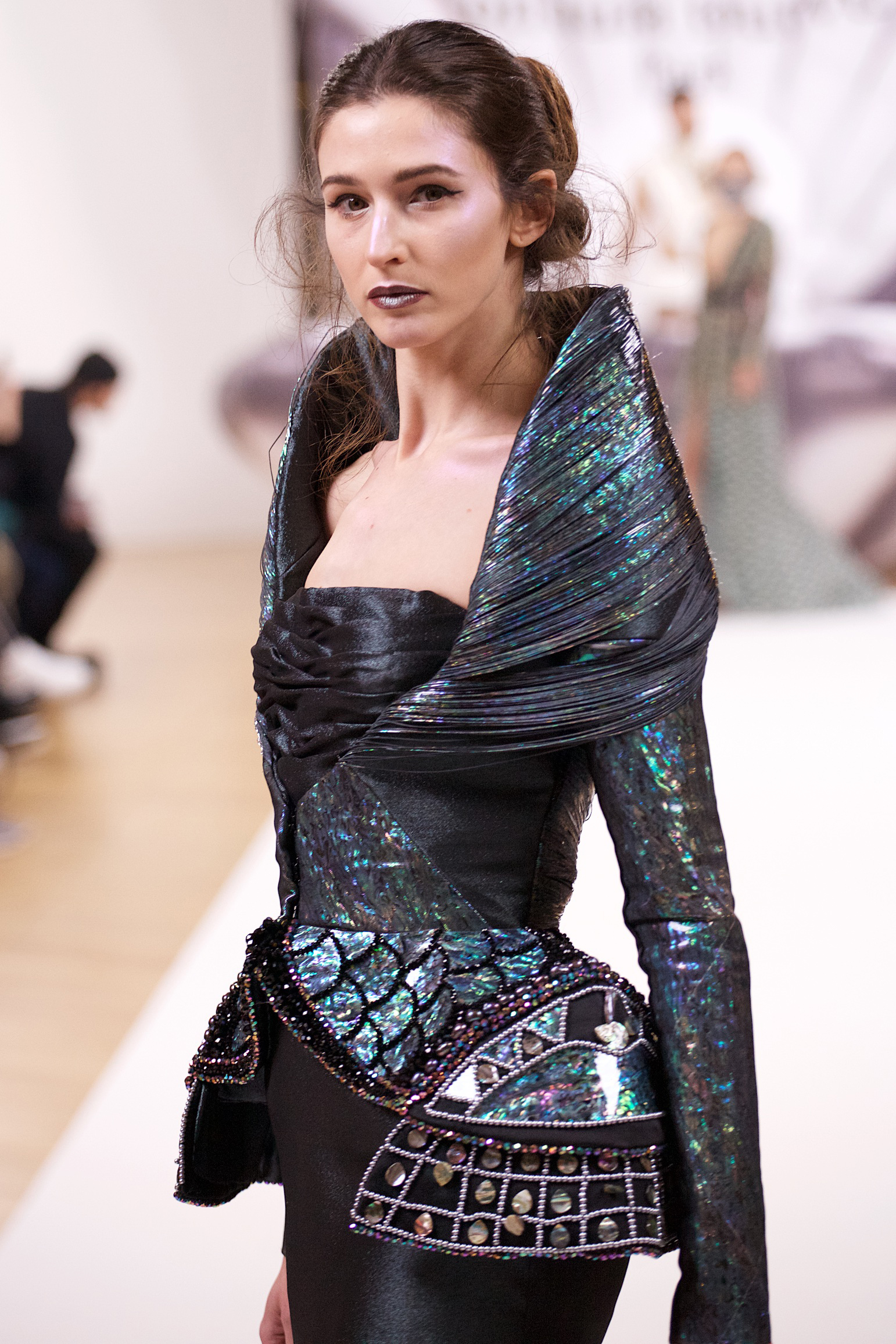 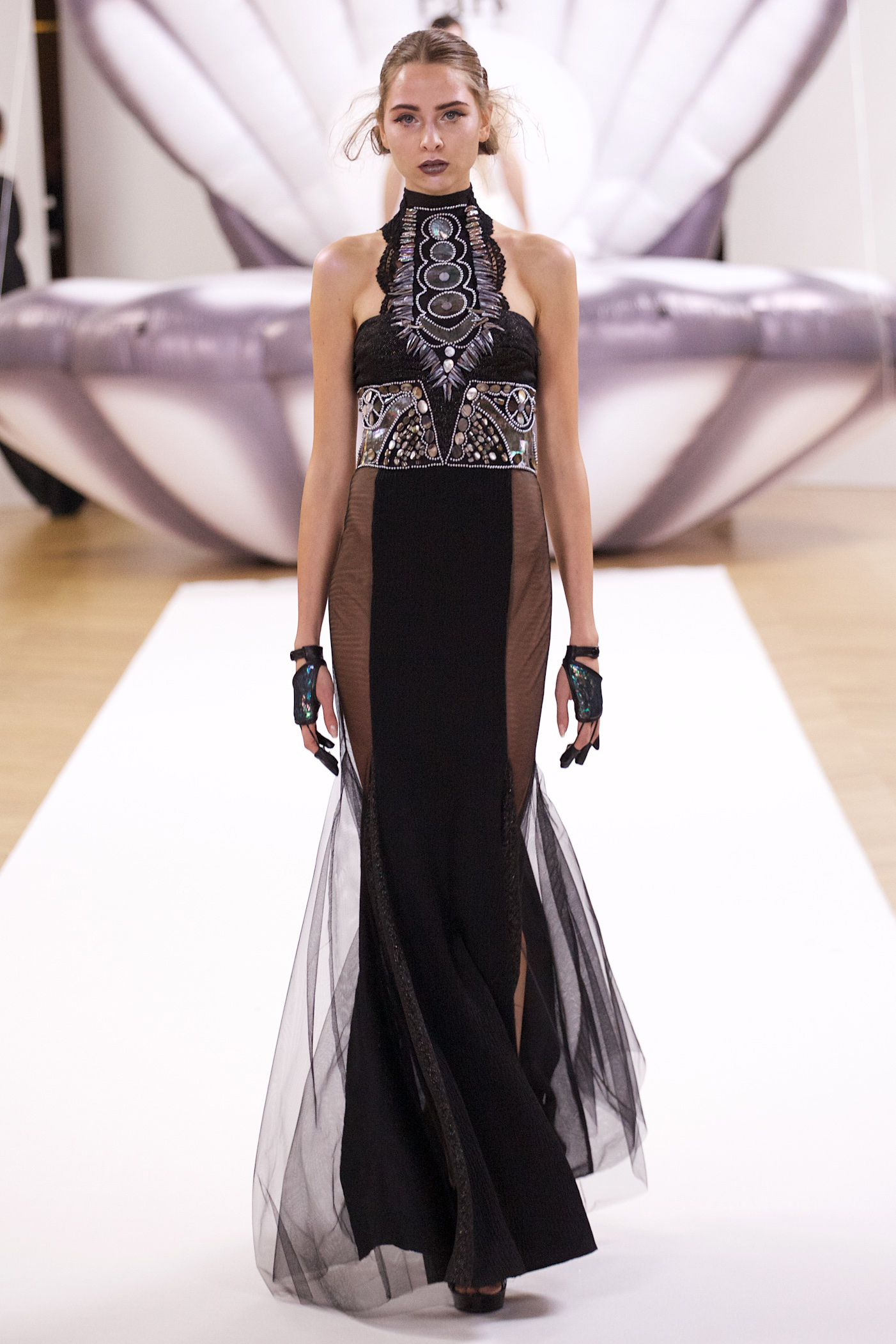 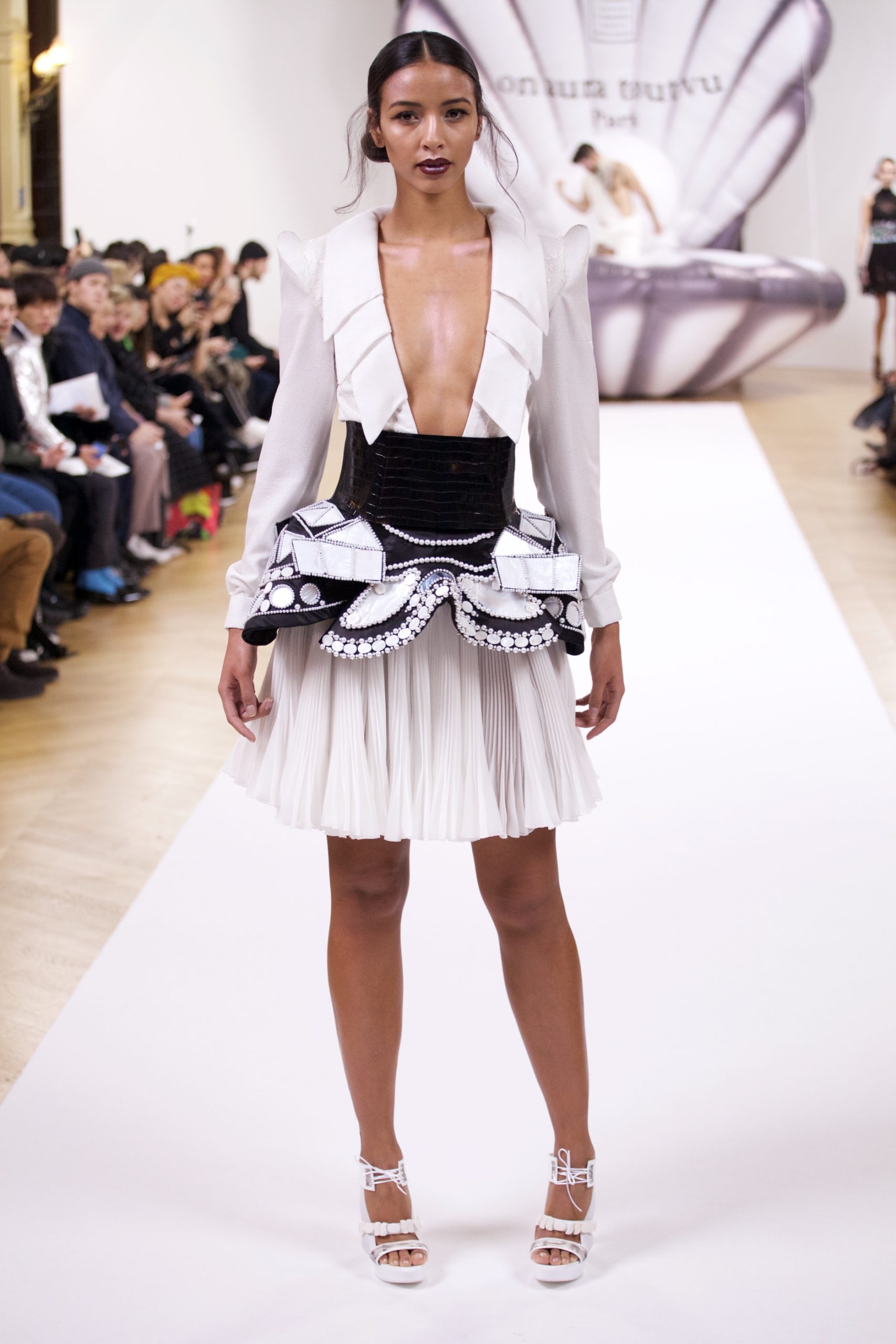 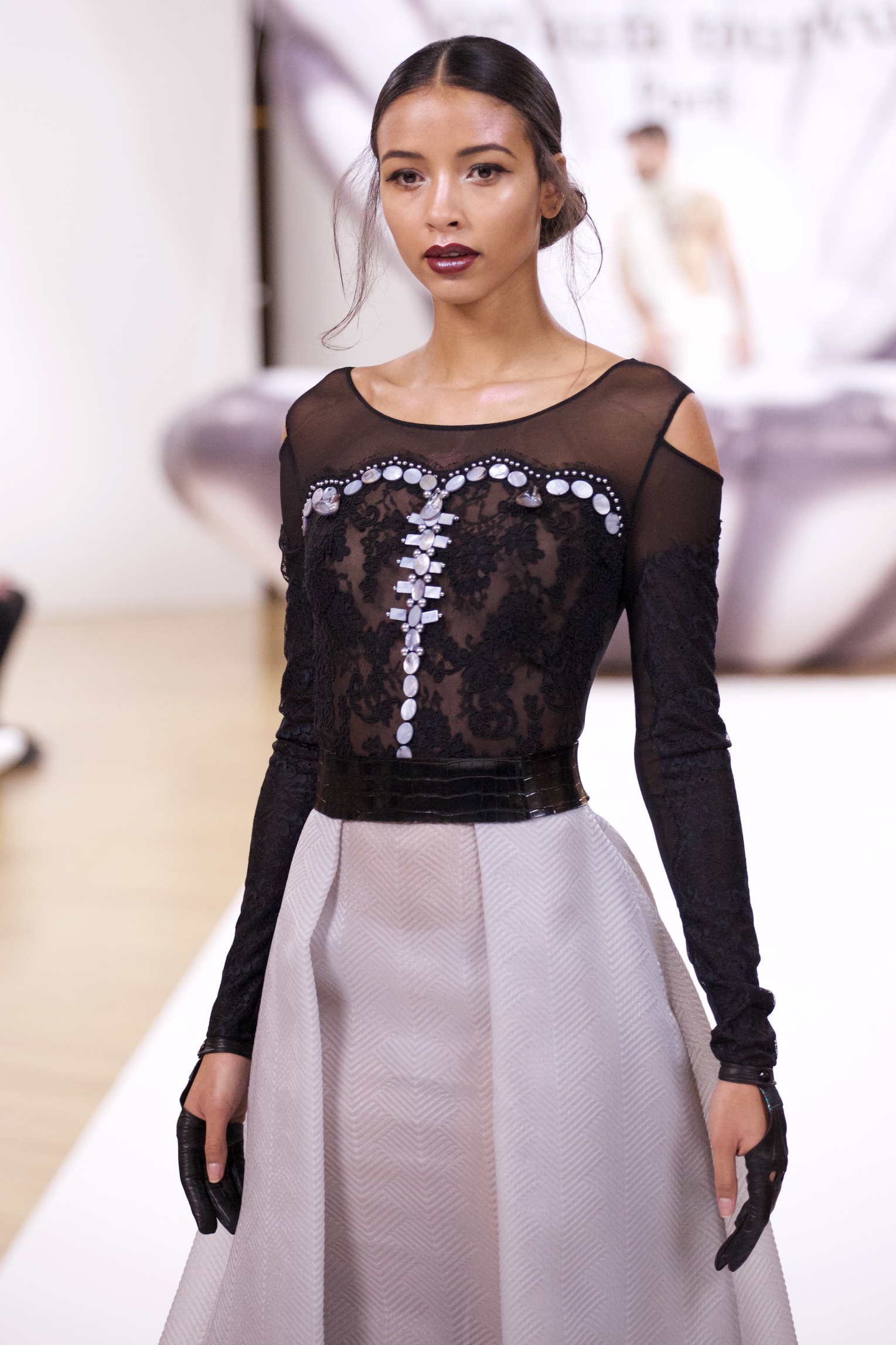 On Aura Tout Vu proceed to a genetic manipulation between the Greek, Japanese and British DNA.
Otohime, daughter of Ryujin, king of the sea, meets the Pearly Queens through Aphrodite goddess of love for a dive in the heart of the material: mother-of-pearl and abalon, iridescent fiber and fabrics made on measure in the Region of Tango in Japan.
On Aura Tout Vu sculpt the silhouette of the woman as a goddess by sets of symmetries and asymmetries, oversized collars in marquetry of mother-of-pearl, underlined sizes enhanced by scales of reptiles and shells.